After more than a decade with WPP’s MEC, the KFC chain has launched a media agency review. Los Angeles consultancy Select Resources International will be in charge. Incumbent agency has opted not to defend the business. According to Kantar Media, KFC spent just over US$55 million on measured media during the first quarter of 2016.

Diageo, owner of brands like Smirnoff, has decided to retain Dentsu Aegis Networks’ Carat in North America (including in the U.S.), Europe, Latin America and Southeast Asia, WPP’s Mindshare in India and South Africa, and Publicis Media’s Mediavest in Australia. The brand concluded a global review of its US$2.3bn that began last May.Diageo spent US$105 million on measured media in the U.S. last year, down from US$147 million in 2014, according to Kantar Media. The firm indicated that its advertising remained focused on Cîroc, Crown Royal, Smirnoff, Captain Morgan, and Johnnie Walker and increased on Don Julio and Bulleit. 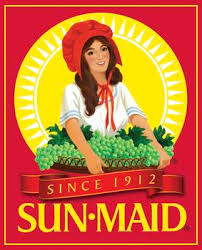 Farmers’ cooperative Sun-Maid Growers of California has selected Meredith Xcelerated Marketing (MXM) as its Agency of Record (AOR), including media duties, Mediapost reported. The appointment follows a formal review. MXM, in partnership with LA-based media agency MBMG, will run the account from its’ office in Los Angeles. 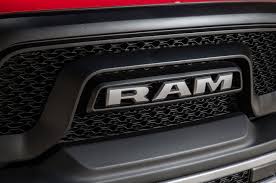 The Ram truck brand launches a new Spanish-language multicultural and multinational campaign celebrating hard working people who are their own bosses and get the job done day after day. The “Boss” television and digital campaign focuses on many of the class-leading and class-exclusive innovations of the Ram 1500 Limited, while emphasizing values such as hard work and determination shared by the brand and Latin cultures. The ads also promote Ram brand’s ‘America’s Longest-lasting Pickups’ title. A 60-second anthem “Boss” spot and two 30-second “Boss” product feature commercials, one focusing on strength and capability and the other on power and efficiency. The campaign will run in the United States and Mexico. In addition, FCA markets in South America plan to run their own customized versions of the campaign.Ram teamed up with independent Venezuelan rock band La Vida Bohème for the campaign soundtrack with their song, “La Bestia” (The Beast).All spots will be available for viewing on the Ram Trucks brand’s YouTube channel, www.youtube.com/RamTrucks.The “Boss” campaign was created in partnership with Houston-based Lopez-Negrete Communications. 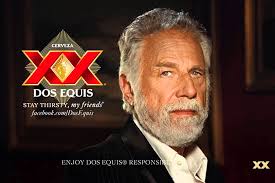 Dos Equis released a feature-film style trailer, titled “Cantina,” revealing a glimpse of the new Most Interesting Man in the World.  This October, Dos Equis will release a full-length commercial that will illuminate how interesting has changed and how the new character continues to embody the legendary status.Actor Augustin Legrand is the new face of one of the campaigns, bringing a contemporary twist to the legendary character. The new Most Interesting Man is a man of our times, and in this first glimpse, he shares hints of being a resourceful, rough and tumble guy, who remains a jack-of-all-trades hero that one would expect from the man bearing this infamous title. Viewers get a quick preview of his latest adventures and new friends including his love of sports, as he emerges from a well, ball in hand to save a game of soccer.The campaign was created by Havas New York, Dos Equis’  creative partner. On October 19, synced with Dos Equis’ College Football Playoff sponsorship, the brand will fully reveal the new Most Interesting Man with their classic vignette-style commercial. The October launch will be supported by social integrations on Snapchat, including a national lens available for College Football Game Day, Saturday, October 22.