What: Advertisers will spend more than 10 billion in digital video in 1, representing an 85% increase from 2 years ago, based on“Digital Content NewFronts: Video Ad Spend Study,” a study conducted by Advertiser Perceptions on behalf of the Interactive Advertising Bureau (IAB).
Why it matters: 68% of those marketers and agency executives believe that original digital video will become as important as original TV programming in the next 3 to 5 years.

Advertisers and media buyers have made an impressive 114 % increase in investments in original digital video programming over the past two years, according to the third annual “Digital Content NewFronts: Video Ad Spend Study” conducted by Advertiser Perceptions on behalf of the Interactive Advertising Bureau (IAB).

Nearly three-quarters (71%) of those surveyed also said that they plan to attend the 2016 NewFronts, expecting to spend more than a third of their overall digital video budgets for the year at the annual marketplace.

The study further revealed that more than two-thirds of marketers and agency executives (68%) believe that original digital video will become as important as original TV programming in the next 3 to 5 years. In order to close the gap between digital video and TV programming, both groups want to buy digital video that reaches target audiences in high-quality programming and delivers more concrete ROI metrics.

While the majority of buyers surveyed plans to spend more overall on all digital video (63%) and mobile video (62%), original digital video content has grown in importance, now accounting for 44% of a typical digital video budget, up from 38% two years ago.

Native advertising has also established a foothold in dollars spent on original digital video, accounting for one-third (32%) of that investment.

In addition, Yahoo partnered with Nielsen & Hunter Qualitative to collect insights related to different variables within the pre-roll and native video ad formats. The study suggests the greatest growth in digital video consumption is coming on mobile devices, while traditional TV viewing time has declined slightly. 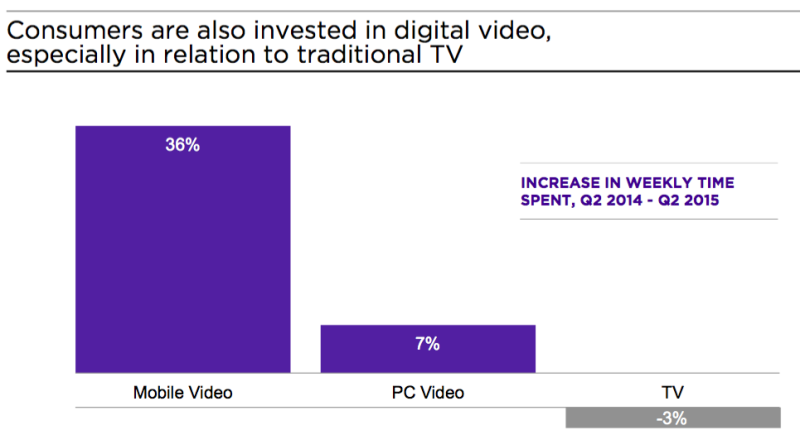 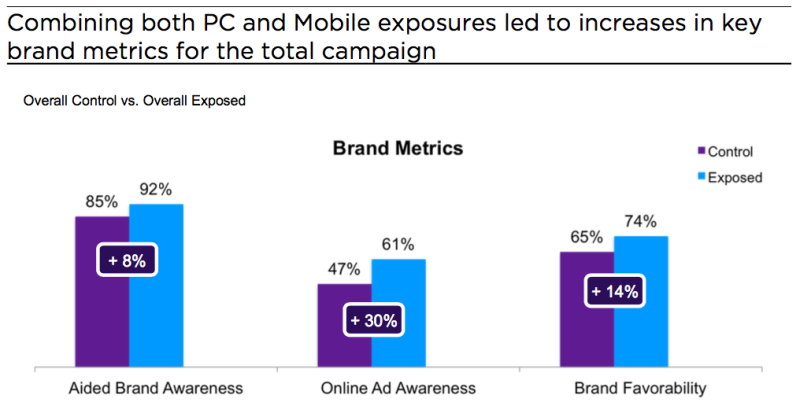 “Marketers and agencies are telling us they clearly see great value in original digital video programming,” said Anna Bager, Senior Vice President and General Manager, Mobile and Video, IAB. “This study demonstrates that the NewFronts has the ability to move ad dollars. Considering this year’s presenter line-up of top-tier, innovative media companies, and content creators, we expect that the event will inspire spend during the marketplace’s two-week period and beyond.”

Portada sits down with Teads CEO Pierre Chappaz to discuss the latest in advertising technology, the company’s pioneering of outstream video and just what makes Latin American audiences unique.

According to Pierre Chappaz, Teads is the “champion of quality” when it comes to their inventory of native video formats and tailored

offerings for publishers. Tead’s spectacular growth (the company distributes one billion videos a month) suggests this may be true, so what’s behind the success?

What is clear is that Chappaz and the team at Teads understands what Internet users want, and they don’t try to fight it. “Outstream means video ads that are sitting outside of the video content. We don’t do pre-roll, which is this forced advertising that the users hate, so we have invented outstream video, which is more precisely described as native video advertising because this is video ads which are inserted in a smart way into editorial content.”

Some observers claim that in-article outstream ads will become a commodity and run the same fate as banners and display advertising. Chappaz disagrees, describing native video advertising as a “gamechanger” that has brought major brands like Samsung, Cartier, Microsoft and UBS to the company as partners for video advertising content. To Chappaz, this impressive roster grew out of Teads’ ability to offer an alternative to pre-roll that users would actually watch.

Chappaz explained that when users see a pre-roll ad, “they open another window, they open another tab, and they come back when the ad is finished,” and that “brands end up spending money for ads that nobody sees.” With Teads’ opt-in native video format, every ad that is viewed has been selected by an engaged, interested user. While it’s easy to assume that nobody would choose to watch an ad, Teads’ success suggests otherwise.

We don’t do pre-roll, which is this forced advertising that the users hate, so we have invented outstream video, which is more precisely described as native video advertising because this is video ads which are inserted in a smart way into editorial content.

And what about LatAm? Chappaz believes that the space for growth in the region is “absolutely enormous,” which explains the company’s new presence in Brazil, Argentina, Colombia, Mexico and Miami. And the most unique aspect about Latin America? The use of mobile, Chappaz says. Which works for him, because Teads’inventory is much more suitable for mobile than desktop, and since mobile is a very “personal screen,” it is a very effective format for reaching audiences.

Chappaz asserted that Teads is currently the largest video network in all of Latin America except for Brazil, where he believes they will come out on top by the end of this quarter.

When it comes to standards for native video, Chappaz expressed particular concern for those of targeting and viewability. According to MSEAI standards, “a video is considered viewable if you are seeing 2.5 seconds on the player. We would understand that as very weak. Completed views, for instance on mobile, 10 or 15 seconds, on desktop, 30 seconds, this is a completed view. This is a real view a brand should be happy to pay for. But 2 seconds, what is that?”

It almost sounds like Teads has it all – they’ve found a way to reach audiences without forcing them to watch videos they don’t like, and they’re conquering markets all over the world. What’s the next big thing? Taking advantage of the migration of users from TV to Internet. Chappaz is sure that the primary screen will be mobile, not TV, sooner rather than later. Teads’ FFP technology, which was released last summer and has been implemented for some of the world’s biggest publishers, is set to trump DSP in terms of quality, says Chappaz.

It’s an exciting time in the industry. Teads is proof that quality may be better than quantity, and that viewable ads aren’t necessarily forced down peoples’ throats. It’s a novel concept – perhaps the first of many we will see from this innovative company.