What: Three Puerto Rican standouts will receive the Munson Awards during the Thurman Munson Awards Dinner, a fund-raising event that has taken place annually for 38 years.
Why It Matters: There will be a strong Hispanic presence at an event which is important because not only does it honor the most valuable baseball players, it also sheds light on their humanitarian efforts.

Annually, one of the biggest events of the baseball off-season is the Thurman Munson Awards Dinner, remembering the great Yankees catcher. For 38 years, the dinner has raised funds for AHRC New York City Foundation and honors great New York area stars for success and inspiration on the fields of play, and community spirit off the field.

On February 6, at the Grand Hyatt Hotel in New York City, three Puerto Rican standouts will be among the honorees, as Carlos Beltran, Jorge Posada and T.J. Rivera will receive the coveted Munson Awards.

Both Posada and Beltran have spearheaded Hurricane Relief efforts for victims in their native Puerto Rico; the Jorge Posada Foundation assists those afflicted with Craniosynostosis, while the Carlos Beltran Foundation empowers young people to reach their dreams through sports and education. Rivera was the Mets nominee for the Roberto Clemente Award for his community efforts, notably at his alma mater, Lehman H.S. in the Bronx.

Posada’s 17-year career, all in Pinstripes, produced 275 home runs and 1064 RBI, along with five championships. One of the “Core Four,” Posada was a five-time All-Star and five-time Silver Slugger, hitting .273 in more than 1800 career games.

Both Posada and Beltran have spearheaded hurricane relief efforts for victims in their native Puerto Rico.

Rivera slashed .290/.330/.430 last year in 73 games split between third, first, second and left field for the Mets. He hit five home runs and drove in 27. The native New Yorker of Puerto Rican heritage has defied logic of an undrafted player climbing the ranks in the Mets organization to achieve MLB status.

Others to be honored that night include Yankees pitcher David Robertson and former Giants football standout Justin Tuck. 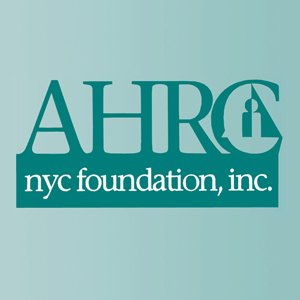 For tickets and information on the Munson Awards Dinner call 212-249-6188 or email jennifer@emgbenefits.com.