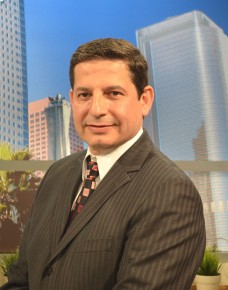 Angeles. “Khaled has proven his leadership and performance abilities at Azteca 54 in his prior role as General Sales Manager and we are pleased to have his hardworking and results-driven character as General Manager of Azteca 54,” said Martin Breidsprecher, CEO of Azteca America. Mr. Abdelwahed has an extensive career of over 25 year in both the advertising and media business in Los Angeles. In media he has worked in executive sales positions in radio and television. Before his appointment as GM, he was General Sales Manager of Azteca 54 since 2008. Prior to that, Mr. Abdelwahed worked for Univision as a GSM and LSM for seven years.

Peter Bohan has been named executive director of the Reuters America Service, the agency’s domestic news product for U.S. media. As the founding editor of the service, Bohan will be responsible for expanding its business for newspapers, broadcasters and online publishers. He joined Reuters as a reporter in Chicago in 1983 and worked as an editor in Hong Kong and bureau chief in Singapore before spending a decade as America’s commodities editor. In 2004, he became Midwest bureau chief and added the role of Reuters America editor in 2010.

Radio executive Jack Hobbs has accepted a top executive position with Spanish  Broadcasting System based in Miami.Hobbs is said to have resigned from his post as executive VP/director of  sales for Univision Radio for his new position at SBS, according to a  source familiar with the situation who spoke on condition of anonymity. Hobbs is  expected to be named executive VP of corporate sales overseeing cross-platform  sales for SBS’ TV, radio, entertainment division and Internet. Hobbs worked  since 1995 as EVP Director of Corporate Sales at Univision Radio.