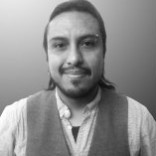 Prior to joining Dieste, Rodríguez created award-winning campaigns for brands such as Tecate, Sony and BMW; he has also worked with top-notch agencies, including kbs+ and Olabuenaga Chemistri in Mexico.

“Ivar is a very talented creative and also a great team player, the kind of executive that we want to attract to our team. Also, Ivar and I produced great work together in the past – not to mention had a lot of fun – so it’s a proven formula all around,” said Paco Olavarrieta, CCO of Dieste, in a prepared statement.

In June last year Tecate and Tecate Light consolidated all their advertising with  Mexico-based Olabuenaga Chemistri. The move was not without polemics as the Mexico City based agency was charged with doing English-language work. Portada thought it would be good to get some insight on the why and how of iINSPIRE’s selection as well as the strategy of Tecate going forward. So we interviewed  Felix Palau, VP of Marketing of Tecate:

Portada: Is iNSPIRE! going to do both general market and work targeting the bilingual assimilated Hispanic population?

Felix Palau, VP of Marketing Tecate: ” We don’t consider general market a target, necessarily, but understand that the media consumption 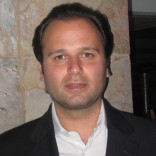 habits of bilingual and bicultural Hispanics can be very similar to their general market counterparts. iNSPIRE! has been tapped to develop English-language creative work for the Tecate franchise and Indio that can resonate with this growing population. They will leverage insights and experience to connect with U.S. Hispanics who are more acculturated than newcomer consumers, and pull cues from their Hispanic and American background to create their own identity.”

Do you think Hispanic agencies are better positioned than general market agencies to do work targeting the bilingual-assimilated Hispanic population?
F.P.: “The bilingual, bicultural U.S. Hispanic population is complex in nature, given that they expertly blend the best of their worlds to create a unique culture and lifestyle. As with any market segment, what’s important – both on the agency and brand side – is that there is a deep understanding of who this consumer is, what appeals to him and what drives him to make purchasing decisions.”

What type of media will iNSPIRE! work for in Tecate?
F.P.: “iNSPIRE! will develop English-language radio and out-of-home creative for the Tecate franchise as well as Indio, targeting English-speaking Hispanics in the U.S. We have chosen to keep Olabuenaga Chemistri as the AOR for the Tecate franchise and Indio Spanish-language creative, based on their success in helping the brands connect with Spanish-speaking U.S. Hispanics since 2012.”