What: TurboTax has added a Hispanic-oriented ad in Spanish to its “Nothing to be afraid of” campaign. “The objective of the campaign is to increase awareness, product consideration, and trial,” says John Sandoval, Senior Brand and Latino Marketing Manager at Intuit.
Why it matters: The 360 degree marketing campaign addresses the fear of doing taxes. It is aimed at giving confidence to Latinos and ensuring relevance of TurboTax among acculturated and unacculturated consumers. 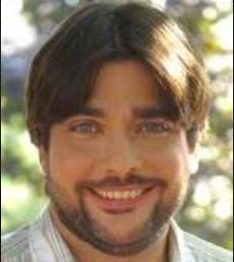 As Intuit TurboTax knows, marketing to Hispanics is not that easy. For the third consecutive year the company has launched a 360-degree marketing campaign dedicated to Hispanic consumers. “TurboTax is committed to educate and empower consumers to file their own taxes,” said John Sandoval, Senior Brand and Latino Marketing Manager at Intuit Inc. With the slogan No hay por qué tener miedo (There’s nothing to be afraid of), TurboTax addresses the fear of the unknown some people get when the time to file taxes approaches. The campaign tries “to communicate ease of use, in-language support and the fact that with TurboTax they are not alone while filing their taxes”, explains Sandoval.

The ads in English, launched on January 1st, revolve around the idea that commonly scary things such as a ghost in the attic, a possessed teddy bear, or a hairy monster in the woods are not as scary as people might think, just like taxes. Similarly, the ad in Spanish shows a traditionally scary creature, famously known in the Hispanic world as “Chupacabra”, presented in a rather comical way. In the midst of shadows and goats bleating, a narrator starts, “We are usually more afraid than necessary of certain things… and then we do our taxes with TurboTax”. We notice ‘El Chupacabra’ is speaking while he picks up a goat… to pet. Everything is easy for Mr. Chupacabra as he consults with a CPA on his phone, in Spanish, all while petting his goat.

“Multicultural agency Gallegos UNITED leveraged the legendary creature ‘Chupacabra’ that exists in the folklore of various Latin American countries and brought it to life with a twist”, asserted Sandoval. TurboTax is taking into account the nuances of the Latino population, and so they plan to approach the audience from a bilingual perspective: “We are taking a bilingual approach to reach consumers through Spanish and English language content created by prominent social influencers,” added Sandoval. “For us, Spanish is a tactic, not a strategy. We speak to our Latino consumers in the language they prefer based on receptivity and context.”

For us, Spanish is a tactic, not a strategy. We speak to our Latino consumers in the language they prefer.

To ensure maximum reach, Intuit has planned a multi-channel effort, including community events, influencers, and social media. “The objective of the campaign is to increase awareness, product consideration, and trial,” said Sandoval. “Our newly launched TurboTax Live offering, which allows customers to have a credentialed CPA or EA review their tax return before they file, in the language of their choice and from the comfort of their living room.”

TurboTax is confident users will feel as at ease as Mr.Chupacabra, and they are invited to join the conversation on social media and share their tax experience using the hashtag #ConTurboTaxPuedes during the tax season, which runs through April 17th, 2018.