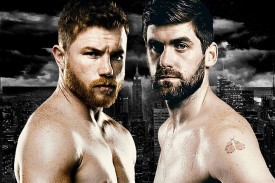 Check out  Portada’s Interactive Directory of Corporate Marketers and Agency Executives. 6  NEW LEADS HAVE JUST BEEN UPLOADED. To acquire the database, please call Matt Eberhardt at 347-961-9516 or e-mail him at matte@portada-online.com SEE A DEMO OF THE DIRECTORY!

National Retailer JC Penney last fall put the wheels in motion for a potential agency review but that plan did not go through. Incumbent OMD, which has held the media account for 10 years, will stay on board. Last fall, JC Penney did assign national newspaper buying to Minneapolis based media placement firm Novus Media starting February 15, 2015. Before that Torrance, CA based ACG Communications had handled national newspaper buys for JC Penney for many years. Separately, J.C. Penney’s chief marketing officer Debra Berman has left after 19 months with the company. Berman was named senior VP-marketing in August 2013 and promoted to CMO last year. Berman’s mission was to revitalize the brand. A major part of this involved reaching out more to Hispanic consumers. Kirk Waidelich, VP-marketing strategy, and Lynne Bartron, VP-marketing strategy, will oversee the CMO’s responsibilities until a replacement for Berman is named. J.C. Penney spent $923 million on U.S. advertising in 2013. Unmeasured media spending increased 15 percent to $492 million; measured spending fell 15 percent to $431 million, according to Kantar Media.

There is never a dull moment with Latinas and fashion—particularly when it comes to Macy’s ad for its new Thalia Sodi collection of apparel, footwear and fragrance. Titled, “Girls Night Out,” the spot showcases the entertainer and her cannot-be-missed line of bright reds, leopard prints and bejeweled heels.In the ad, Thalia meets a plainly dressed shopper and performs a not-so-conservative apparel “makeover.” The duo then starts dancing. The ad is running across outdoor, print, radio and digital mediums, said BizJournals.com. J. Walter Thompson New York is the agency. The ad, which is in English, is apparently aimed at acculturated Latinos, many of whom shop Macy’s. Hispanics comprise up 16 percent of Macy’s customers, a figure that is expected to hit 20 percent in a few years. In addition to their growing population numbers, Hispanics generally spend 22 percent more than non-Latinos, particularly in fashion, said Women’s Wear Daily. Launched in 300 stores last month, the Thalia collection is the largest private label assortment Macy’s has ever introduced, said Mediapost. It also it marks the first time the $23 billion retailer has offered Latina-themed apparel—despite its large Latino customer base (Kohl’s has a Jennifer Lopez collection and Kmart features Sofia Vergara’s line). Carat is Macy’s media buying and planning agency.

Sharon Otterman was named to the newly created position of executive VP and chief marketing officer at The Madison Square Garden Company. She joins MSG after nearly six years at NBCUniversal, where she was most recently senior VP and chief marketing officer for MSNBC and NBC News. Prior to that she was VP of customer experience strategy and new media marketing at ESPN. She has also worked at Modem Media and Ogilvy & Mather.

The Anheuser-Busch InBev light beer that is outperforming larger sister brands Bud and Bud Light in increasing sales will get a strong marketing push beginning in April..And the ad spending will continue throughout the year, giving the brand its highest such levels in its 13-year history. Michelob Ultra’s new creative agency FCB Chicago will handle the campaign, which will include multiple media platforms.