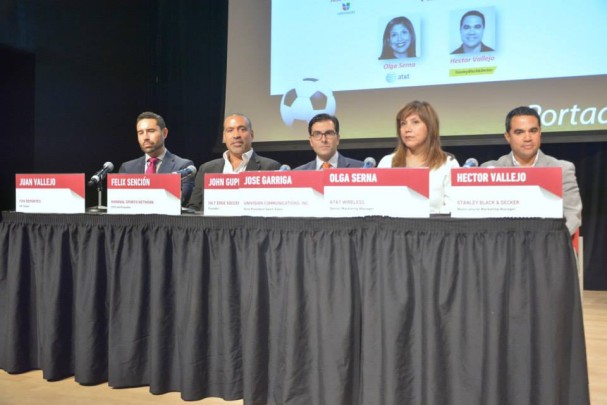 At the  Hispanic Sports Marketing Forum, #PORTADA13, according to John Guppy, Founder of Gilt Edge Soccer Marketing, the Hispanic landscape is complex from a media standpoint because “this is not a one-size fits all audience. There are nationalistic differences.” He cited New York which has large Puerto Rican and Dominican populations. In LA or Chicago, “the discussion would center the Mexican community.” 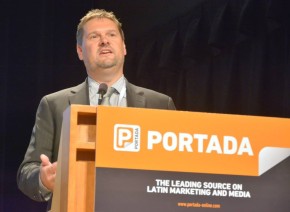 Moreover, he said “there are generational differences, bilingual second generation Hispanics, differences in passion points and how they consume media.” He cited differences based on geographic location, using the differences in cities like Chicago, New York, LA, and Miami as examples.

There are lots of sporting passion points that consumers are interested in, whether it’s basketball, baseball, boxing, motor sports. Within the sport of soccer, there are many properties.

For example, Liga MX has a different viewer base than other properties. Complexity centers not only on sporting interests, but the number of “players in this market: media companies, TV, digital, print, lots of channels, it isn’t just about TV. There are multiple screens, the language question: is this about English or Spanish communication?” 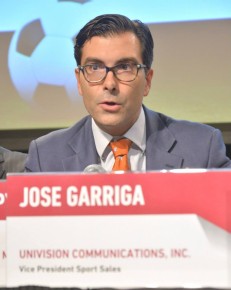 For Jose Maria Garriga, VP of Sports Univision Network, soccer “remains the number one passion point for Hispanics,” though he acknowledged that the Univision audience isn’t a monolith that only follows soccer.
“Our passion is to hone in on the content that our audience cares about.” He said that because 70% of Hispanic Americans in this country are of Mexican origin, Univision focuses on content that will appeal to that community. He added that Univision’s aim is to provide content across all screens. But because other sports are popular, they also cover them. “Football, boxing, the NBA are all relevant.”

Juan Vallejo, Sales VP at FOX Deportes, said “undeniably, soccer is number one. Week in and week out, we get millions of impressions because of soccer.” Citing a study, he said:

What Latinos are saying to us is that we need differentiation from limited options, in terms of sports content. That includes best in class content, which is more American, resembling the lifestyles of Hispanics in the US.

To that end, Fox Deportes has been partnering with Fox’s overall sports brand to provide not only soccer but other content like Nascar, college football, and other mainstream sports.

Complexity centers not only on sporting interests, but also the number of players in this market: media companies, TV, digital, print, lots of channels, it isn’t just about TV. -John Guppy

“We’ve taken a little bit of a different approach,” said Hector Vallejo, Marketing Manager at Stanley Black and Decker, who said their consumers are different even within the Hispanic marketplace.

Their approach is to regionalize their strategies: that includes investing in European soccer, particularly specific English clubs. In addition, Stanley Black and Decker focuses on boxing. The company invests in markets like Texas and California with heavy US-born and foreign-born demographics where Hispanics grow up watching boxing with their parents and attend live events. “Boxing has a higher percentage rate than soccer itself because soccer has so many different slices in the market whereas boxing is typically one pie.”

In addition, the company invests in baseball. In New York, it sponsors the Yankees. 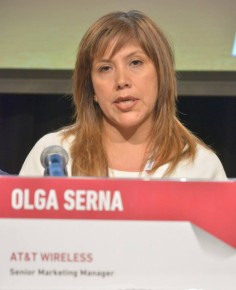 Olga Serna, Senior Marketing Manager at AT&T Wireless, said that AT&T is “among the more sophisticated brands that have stepped away from the traditional way of dividing the Hispanic from general market. While we have different teams, at AT&T, we have a lot of cross pollination. We have a team concentrated on advertising and research for Hispanics, but inevitably that information gets shared.”

Initially, soccer was the sport that AT&T would “communicate to Hispanics with,” but eventually, AT&T decided to “own soccer as a whole,” she said, adding properties like MLS to its portfolio.

The company continues to look for opportunities for cross-pollination. An upcoming spot at the 2010 World Cup will feature the Mexican national team on ABC in Spanish with subtitles. “Ultimately, the Hispanic population is divided into segments” with differing levels of English proficiency and levels of acculturation. That will demand cross-pollination not only with soccer but across all of AT&T’s sports marketing. “For us, soccer helped us get there and now we’re seeing it across our entire sponsorship portfolio.”

Ultimately, the Hispanic population is divided into segments, with differing levels of English proficiency and levels of acculturation. -Olga Serna 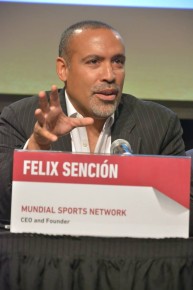 Felix Sención of Mundial Sports Network said this is an excellent opportunity to engage consumers with the “evolution of digital and multiple screens, we can move away from language and look at context. It’s a language opportunity.”

Regarding designing the best strategies, Garriga said: “How do you decide what you’re going to bid on? This is the best time to be in the US. Follow the money. The business of soccer is healthy and is going to grow.” Vallejo added, “It all comes down a business plan. We focus on exclusive soccer. Exclusivity is key. Are we being exclusive? Are we going to make money? Are we going to serve fans?” Vallejo asked “where can we get the biggest bang for our buck globally?” Sencion said, we make sure a relevant message is on the multiple screens. Follow the growth of audience and follow the properties that are growing. We make sure context is relevant and resonates.”

Vallejo said that with the growth of bilingual/bicultural market (currently, 60-65% of market is bilingual and bicultural), Hispanics want to watch sports in Spanish as well, depending on the sport. Additionally, he said that Fox Deportes is creating content that educates consumers on mainstream sports. “Instead of slapping content out there, we create original productions to talk about the rules of football. When we go to market, we think as the consumer to create the best content out there,” he said.

Regarding consumption habits, Félix Sención said that Spanish is still the preferred language. “The consumer is already accustomed to content in Spanish, the experts are probably Spanish. Even if you’re English-preferred, you still want as a customer that sport in Spanish, that’s what’s unique in Spanish. You can leverage the growth as it crosses over to general market consumption.”