What: FIFA has reviewed (markedly different) bids from Morocco and North America for the 2026 World Cup.
Why it matters: Initial signs point towards the United 2026 bid, and as that gains traction, marketers can plan for increased interest here.

Will the combined bid for North America for the 2026 World Cup become reality? FIFA looks like they are moving closer to that decision.

FIFA last week reviewed bid reports from the two main groups seeking to host the 2026 World Cup (@FIFAWorldCup)—Morocco and a United bid from the U.S.-Canada-Mexico—and published a 224-page report that states, “The Morocco 2026 bid and United 2026 bid represent almost two opposite ends of the spectrum when it comes to the nature of their bids.”

The joint bid would create a forecasted US $14.3 billion in revenue for FIFA, the Morocco bid forecasted US $7.2 billion for what would be the first 48-nation event in FIFA World Cup history.

For U.S. brands heavily invested in soccer, like Coca-Cola, the awarding of the bid would be a positive shot after getting a setback with the U.S. not qualifying for this year’s World Cup in Russia.

United 2026 (@united2026 ‏) said that of the 23 potential stadiums that might be used for matches, 17 currently exist and need no major renovation for the World Cup, and the remaining six are built but are due for renovation.

“The United 2026 bid has a clear lead in this area, with all major infrastructure already in place, allowing FIFA to focus on a number of exciting initiatives relating to sports science, fan engagement, multi-media integration and other new forms of digitalization,” according to the FIFA committee.

“The amount of new infrastructure required for the Morocco 2026 bid to become a reality cannot be overstated.” There were 20 categories, from revenue and marketing to legalities, transportation, security, and stadiums discussed.

“The Morocco 2026 bid is well presented and strong in terms of government commitment, but would need to newly build most of its tournament-related and wider infrastructure,” according to the report. “The United 2026 bid, on the other hand, has promising levels of infrastructure already in place and fully operational.”

“While single bids offer some advantages in terms of having just one host member association and one host country government, it should be noted that FIFA anticipated the possibility of joint bids —which offer the advantage of scale— when it decided to expand the format of the tournament to include 48 teams.” 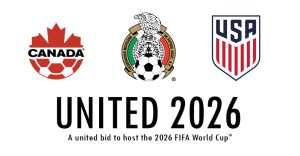 Of the 80 matches to be played in the expanded tournament, under the United bid, 10 would be held in Canada, 10 in Mexico and 60 across the U.S.

This comes right after several soccer officials attending Leaders Week in N.Y. expressed great concern about the United bid, because of the anti-immigration policy currently being pushed by the Trump White House. “The World Cup has to be a global event where people from all countries are welcomed, and the current administration doesn’t see that,” one European soccer official said. “Unless something changes that’s going to be an issue for some countries when the vote comes around.”

Others were quick to point out that the current administration, even with a reelection, would not be in place in 2026, but the anti-immigration issue can still be a factor for the voters now. “It is very unhealthy, especially given the makeup of those of influence in FIFA, we hope that is not the case.”

For U.S. brands heavily invested in soccer, like Coca-Cola, the awarding of the bid would be a positive shot after getting a setback with the U.S. not qualifying for this year’s World Cup in Russia. It would also be a positive step forward for the clubs who have now opened offices in the US and are looking to engage even deeper in soccer in the U.S. Paris St. Germain recently became the seventh club to open an office in the U.S. looking to expand their brand into the U.S. business community. The bid win would also be a hugely positive step forward for Soccer United marketing and all those engaged in the business in the U.S. and Mexico, which officials still see as the fastest growing soccer market in the world, on par with China.

There are still many questions to be answered until the bid is awarded in the coming weeks, however for now, FIFA appears to be looking west for their next news, and that’s great news for all involved in the business. 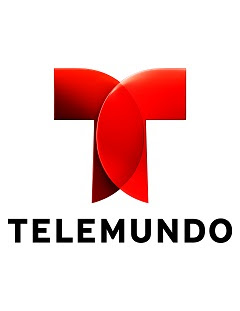 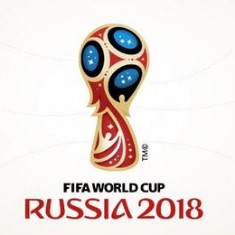