The leadership at Time Inc over the last two weeks made several major announcements including the abolition of publisher titles as well as a new editorial and ad sales structure. Multicultural properties People en español and Essence were also impacted.

Under the new editorial structure, Time Inc.’s titles will be divided into four groups led by editorial directors, each of whom will report directly to Chief Content Officer Alan  Murray. The four groups are Celebrity, Entertainment and Style; News and Luxury; Lifestyle; and Sports.
People en español and Essence are part of the Celebrity, Entertainment and Style Editorial Group, which also includes People, Entertainment Weekly, InStyle, StyleWatch and joJane. The group will be led by Jess Cagle, already editorial director of People and Entertainment Weekly. People en español editor Armando Lucas Correa will report to Cagle.  The sports group will be led by Chris Stone, who replaced longtime Sports Illustrated group editor Paul Fichtenbaum in June. The shuffle falls in line with an ongoing and overall reimagining of the company’s internal composition, including the reorganization announced last week, aimed at promoting cross-brand and category-wide ad sales.

Time Inc. now has one unified sales force, according to staff memos released last  week. The new structure breaks the advertising and marketing organization into category, brand and digital sales, and completely eliminates the title of publisher.  “This new structure will allow us to better serve our advertising partners and deliver on the promise of being a one-stop shop and solutions-based platform for advertisers and agencies,” CRO Mark Ford wrote.
Monique Manso until recently Publisher of People en español will now have the position of Brand Sales Director at People en español.

What: Time Inc.’s People en Español is launching the new english-language digital and print offering “Chica”. The new content will have an online presence and be a 12-page booklet inserted into the June issue of People en Español. Maybelline® New York and Garnier® will be the exclusive launching sponsors.
Why it matters: As marketers are asking for more quality content targeting acculturated Hispanic women, media properties are taking notice and introducing digital, print and broadcast offerings for the bilingual and English-dominant Latina.

Time Inc.’s People en Español has announced the launch of Chica, a new english-language content offering targeting bi-cultural Latina woman. Chica will debut in the June issue of People en Español, and on newsstands on May 2. Maybelline® New York and Garnier® will be the exclusive launch sponsors of this 12-page booklet focused on fashion and beauty trends.

The launching of Chica, means People en Español will continue to deepening Time Inc.’s connection with the acculturated Latinas growing audience , which began late last year with the success of All You’s custom magazine, Celebraciones. Celebraciones is scheduled to repeat in 2014.

“We are delighted to extend the People en Español brand with Chica, which allows us to serve our audience of 7.3 million with additional style and beauty content both in-book and online. Millennials comprise nearly a third of People en Español’s audience, and Chica’s editorial mix of celebrity and inspirational stories will offer more of what they love,” says People en Español Editor Armando Correa.

Chica provides a platform to address today’s emerging bicultural reality. “We are providing solutions for powerful brands like Maybelline® New York and Garnier®, our launch partners, and expanding our reach,” said People en Español Publisher Monique Manso. Prior to its launching, the audience can experience Chica online at ChicaChic.com. 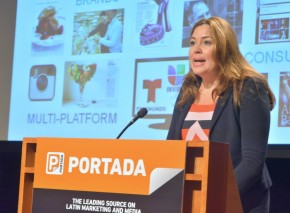 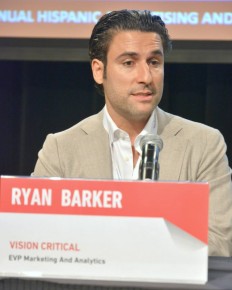 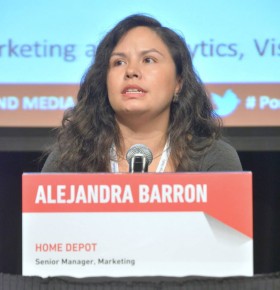 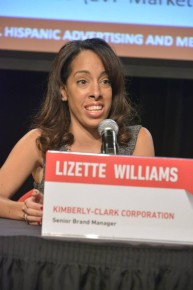 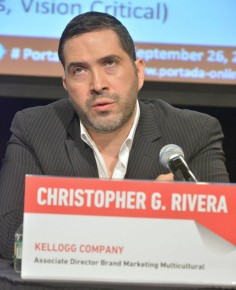 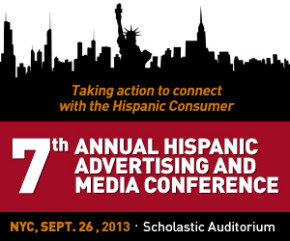 We are revealing the full program and agenda  of our Hispanic Sports Marketing Forum (Sept. 25) and  the 7th Annual Hispanic Advertising and Media Conference (Sept. 26) in New York City’s Scholastic Auditorium.
Portada’s editorial team, in cooperation with Portada’s Editorial Board members, has put together a very high quality agenda that will substantially increase the knowledge of marketers and media executives targeting the growing Hispanic population. For the Hispanic Sports Marketing Forum, Portada has worked in partnership with sports marketing agency AC&M Group.

Portada’s Flagship Annual Conference can be attended in combination with  the Portada’s Hispanic Sports Marketing Forum which takes place in the same venue on the day before (Sept. 25).  Make sure to get  your ticket to both events at the special Combo Promotion (only US$ 100 more!)

Portada’s Flagship Annual Conference can be attended in combination with Portada’s Hispanic Sports Marketing Forum which takes place in the same venue on the day before (Sept. 25). Twitter #Portada13.
Early Bird expire this Friday!. Make sure to get  your tickets at the special early bird rate!

Other major Thought Leaders speaking at the Event:

Main Topics they will explore!