What: Versy, a social messaging platform that merges 150 content channels with group chats, is entering the US-Hispanic market.
Why It Matters: Hispanic and Latin American internet users are some of the most active on the planet, and Versy’s can give brands the tools to not only reach them, but engage effectively with them.

As Social Advertising Budgets are the fastest growing category in the market,increasingly sophisticated social messaging platforms are entering the U.S. Hispanic market. 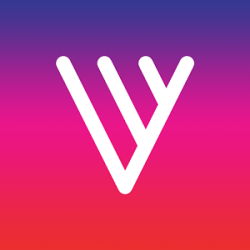 Social messaging platforms are not easy to build. And connecting  them with compelling, bite-sized content in an informal but seamless way is  even harder.

But Versy, a venture led by a team of experienced experts in telecommunications and social networks, is doing just that. What’s more, the executive team is betting on the US-Hispanic to drive its success. Versy is already present in the Latin America with a particular emphasis in Mexico.

The team, 14 months in, began by developing a chat platform based on heavy research. CTO Bruce Jackson tells Portada. “In the first iteration, we did lots of research on how people organize their lives and how they socialize.”

Focusing on Latin America and the US-Hispanic markets, groups that represent some of the Internet’s most active users, the executives found that group chat was much more popular among this demographic than elsewhere, where one-on-one chats may continue to dominate.

Their first move was to make the group chats unlimited in size so that they could “grow organically, like a house party,”says Jackson, in which friends could invite friends, and although you may not know everyone, you have something in common and feel comfortable interacting.

According to CEO Stephen Dunford, the team organized white-label instant messaging groups and accessed 85% of mobile subscribers in Latin America while building relationships with publishers like Warner Bros., Universal Pictures, Comedy Central and Sony, who were excited about Versy’s geographical focus.

There was another focus that drew the attention of publishers: Versy was, and is, convinced that the future of messaging platforms is in igniting conversations through adding content to the mix. While the market is saturated with messaging apps, nobody has been able to shift the priority from chat to content, and building engaging conversations around it.

Does the future of messaging platforms lie in igniting conversations by adding content to the mix?

One of the first to sign up for this switch was Ministry of Sound, a global music and entertainment brand that wanted to connect more with Latin American audiences. Versy gives one of the world’s largest independent labels something it cannot achieve on other platforms: an open forum, inspired by artists and their work, in which young music lovers can meaningfully interact the way they no longer do on Facebook or Twitter.

Similar success was found in a partnership with Brazilian radio station Metropolitana FM, which is based in Sao Paolo and has over 1.8 million monthly listeners. The station, which had been looking for new ways to diversify and engage audiences, now uses Versy to build chat rooms in which the radio presenters from one of their top shows, ‘Chupim‘ interact directly with listeners while on the air.

Cristiano Castilho, commercial director at Metropolitana FM, explained that the station’s goal wasn’t just to connect, but to interact with listeners in “a meaningful way.”

“Young people are always on the move with their mobile phones by their side, and Versy is the perfect platform to interact with them during live broadcast shows. Currently ‘Chupim’ is the channel with the highest number of engaged users interacting through Versy’s chat group,” Castilho said.

Developing a platform like this is no easy task, but with 250 branded and non-branded content channels eager to incorporate more video and sound into public and private chat, the Versy team is excited by the challenge.

While the Versy team doesn’t have an advertising model this early in the game, VP of Business Development Neal Hamilton was quick to point out that the platform itself gives brands a way to conduct content marketing that connects with people, as opposed to traditional advertising, which runs the risk of turning millennials off.

Plus, Hamilton notes: “Young people don’t see advertisements anymore, and not just because of ad-blockers, but because they are so used to them.”

The challenge, Hamilton states, is to give brands tools to use Versy to tell their story in a way that works. And since Versy connects you straight to the people, brands will have plenty of ways to measure the effectiveness of their content marketing strategies.