The role of Influencers in Latin American Marketing efforts, often in real-time, was a pervasive theme during last week’s #PortadaLat. Comments from Social Influencers as well as from  Brand Marketers in CPG, Cosmetics/Health and the Luxury Goods and Services Categories.

As Denisse Guerra, Regional Marketing Director Latin America, The Estee Lauder Companies and Manuel Medina Riveroll, Marketing Director, Bayer Mexico pointed out during their session on “Brand Leadership in a disruptive World”, even the traditionally conservative healthcare and cosmetic sector has to take a leap of faith and compete in real-time. That includes the hiring of Social Influencers. They also emphasized that some of their categories are growing much more in LatAm (as an example they cited OTC products which are growing 17% in Latin America vs. low single digital growth rates in the U.S. and stagnation in Japan). During his presentation, Jon Suarez-Davis, VP Global Media Strategy, Kellogg Company also noted that Influencer Marketing is an important of the CPG Giants, Latin American Marketing efforts.

Lyfestyle and Fashion Blogger Daniela Ramirez noted that she has experienced an increase in interest from brands over the last few years in Influencer Marketing: “Now there is a budget for this,” she said.

Influencer Marketing does not mean a lot for the Luxury goods and services category represented at a panel during #PortadaLat by Alexis Thanasoulas, MD Latin America, Zenith Optimedia Group, Stephanie Peña, Regional Sales Director Americas, Longchamp, Andrea Carneiro, Director Sales and Marketing at The St. Regis Mexico City as well as by Javier Martinez Staines, Director General Editorial, Televisa. During the Q&A after their presentation Maya Kosovalic -Head of Media and Digital Communication at L’Oréal Travel Retail Americas and also a presenter in a video advertising best practices case session together with executives from Teads and Socialyse- asked about whether St. Regis and Longchamp have Influencer Marketing programs currently going on. Both of the brand representatives noted that this is not a priority right now.

A little bit of Schizophrenia

“There is a little bit of schizophrenia in the Luxury World,” said Zenith Optimedia’s Thanasoulas. “Luxury brands are often debating between keeping control or letting it go away. 80% of the marketing programs are still invested the old-fashioned way and not in Social Media.” The marketing of many luxury brands is managed centrally and this makes decentralized content marketing and social media programs more difficult.”  Panelists also pointed out that while in the U.S.  luxury brands consumers like to be associated with the mainstream and its celebrities, this is not the case in Latin America where consumptions of luxury goods and services ss a more elitist endeavour.
Besides, as Thanasoulas pointed out, “Brands like Hermes have very few social media followers, but they are selling like crazy.”

Jan Riemens cited a forecast according to which by 2020 50% of Audiovisual Ad revenues are going to be done through TV Everywhere (OTT). That certainly is a promising figure if it is taken into account that major corporations are already putting the majority of their expanding digital advertising dollars to work in online video.

Yume VP Emerging Market Jorg Nowak (photo on the right), whose company presented  research conducted with IPG MediaLab, during an exclusive VIP breakfast at the kick-off of @PortadaLat, cited another interesting stat: “Procter & Gamble invests 70% of its digital advertising in Online Video”.

Cutting out the Middle Man

In an interesting on-stage idea exchange between ZomminTV’s Jan Riemens and Juan Carlos Santamaria, VP General Manager at Kaltura, the two executives said that Online Video is already cutting out the middleman in the media business. Redbull was cited as one example. Another one is the currently corruption scandal inmmersed World Soccer Association (FIFA). “In a few years, Fifa will be able to bypass the networks by broadcasting through apps”, Riemens claimed.

Disintermediation is also a Trend for 3M’s Carlos Espindola (photo left) who noted that his company is putting a lot of emphasis on e-commerce rather than pure advertising. Espindola cited joint projects with Walmart and Amazon in Mexico.

A rapidly increasing share of online display advertising is moving towards programmatic, mostly real-time buying. But is the programmatic buying trend going too far? Should some artsy good old-fashioned media buying be incorporated to the rocket science? Here is what some major marketers in the U.S. Hispanic and Latin American markets have to say. 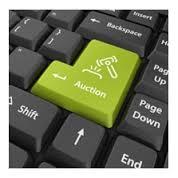 The share of programmatic spend in U.S. digital media transactions expanded  from 38% in 2012 to 53% in 2013 and is expected to increase to 83% by 2017, according to a recent report by Magna Global. While in the U.S. Hispanic market, and more so in Latin America, programmatic trading’s share is lower than in the U.S general market, it is also expanding rapidly there. But are we going too far and adopting programmatic as the be-all and end-all of all digital marketing solutions? (In fact, the trend is that programmatic ad buys will also be used for other types of media). We asked some major marketers:

“We find programmatic buying an efficient use of our dollars to reach consumers who are already engaged with the concept, the brand and the products, we are using it globally”, says Marlene Moronta, Marketing Manager at the The Estée Lauder Companies in New York. Moronta focuses on the Latin American market. However, she cautions that  “while it is effective, it is really about engaging the user through other methods and creating an experience that she can be part of, both online and off.”

While programmatic is effective, it is really about engaging the user through other methods and creating an experience that she can be part of, both online and off.

Maya Kosovalic, Digital and Media Communications Manager at L’Oreal, in Miami, notes that she does “utilize programmatic buying as long as there is enough targeting control from both an environment, psychographic, demographic and exclusion perspective.”  “Yes I absolutely think programmatic buying is the way of the future as long as  it allows advertisers control and access to premium inventory,” Kosovalic adds.

Jillian Meliker Multicultural Supervisor at Spark Multicultural  says that she uses programmatic buying “to target the Hispanic consumer only when it is part of a total market approach to ensure that English language impressions are culturally relevant to our target and that the correct language is being served based on their browsing habits. ” Spark Multicultural  handles strategy and activation for major brands including Conagra and Taco Bell

#Portadalat , the Latin Online Video Forum and the 6th Annual Latin American Advertising and Media Summit,  are starting tomorrow Tuesday June 3  in Miami’s InterContinental Hotel. Maya Kosovalic, Digital & Communications Manager – Americas Zone at L’Oreal and Denisse Guerra, Regional Marketing Director Latin America at The Estée Lauder Companies are two last-minute additions to a pathbreaking program. If you have not registered yet, here is your ast chance to register at the online promotional price! (At the door prices are US$ 1,199 for the Combo, US $399 for Latin Online Video Forum,  US$800 for the Latam Summit).  Below more details about two days filled with must-know content and unparalleled networking opportunities.

#Portadalat’s program is filled with leading brand marketers, agency and media executives who are going to discuss major growth opportunities in the Latin American and U.S. Hispanic advertising and media markets.

Two media and entertainment celebrities are adding star power to the program: Wired’s Editor-in-Chief Scott Dadich’s keynote presentation will explore “what Design means to Technology.” Dadich will introduce design as an essential framework for understanding why personal tech exists in its current form and what it might look like in the near term and beyond.

Only eight days before the ‘brazuka’ starts rolling at the Soccer World Cup in Brazil, attendees will be able to get first-hand insights from Fernando Fiore. The Emmy Award Winner and soccer insider “presidente” of La Republica Deportiva (Univision) will talk about what he expects to happen on the soccer field and share his views on how the Soccer Marketing discipline will be impacted by the upcoming World Cup.