There’s no question that multicultural targeting has become a priority for every brand. We spoke to Martin Cerrí, group creative director at advertising agency Walton Isaacson about their new Hispanic-targeted campaign for Lexus’s RX Crossover, “Meet the Unexpected.”

Upon watching the spot, there is no question that it was inspired by a sense of other-worldiness. A man wakes up in a desert with a key to the Lexus RX in his hand. After getting into the car, he drives through gorgeous mountain scenery until a woman appears out of nowhere and gets in with him.

So when Cerrí told us the ad was inspired by Latin America’s beloved magical realism (think Gabriel García Márquez), we were pleasantly surprised, but it certainly made sense: “Magical Realism” is reality magnified by a touch of something unexpected; it is somewhat supernatural or fantastical, but it’s still rooted in reality,”  said Cerrí, who added wanted to take something that “goes beyond literature and influences other creative forms such as art and film” and use it as a tool to connect to sophisticated Latino audiences.

How would you describe this potential Lexus RX driver? According to Cerrí, this ad speaks to a savvy person who “truly appreciates it when a brand recognizes their intelligence and impact.” What’s more, Walton Isaacson wanted to connect the Lexus RX brand with the “family-focused, entrepreneurial” qualities we associate with this ambitious, inventive target. 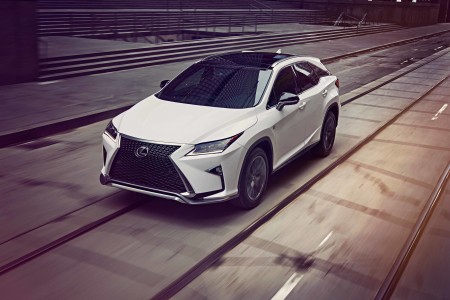 Brands know that connecting with Latinos through targeted communications has become mandatory for overall brand success.

The Latino buying a luxury car is also proud of his or her heritage and culture, but tired of the typical, cliche approaches to Hispanic-targeted advertising. They are “contemporary, even future-forward,” said Cerri.

And those tired and overused stereotypes are even more ineffective when designing a campaign for a luxury product. “This is why ‘Magical Realism’ became the foundation of our campaign as it is deeply rooted in Latino identity and culture but hasn’t been leveraged in a luxury context,” Cerrí asserted.

Walton Isaacson is handling all the media buying and was also responsible for the entire concept and production of the spot. Cerrí was enthusiastic about the work that goes into multicultural advertising, and highlighted that “brands know that connecting with Latinos through targeted communications has become mandatory for overall brand success.”

This isn’t their first rodeo with Lexus, either: they’ve created Latino-targeted campaigns for the automotive brand since 2009, and according to Cerrí, Lexus “has consistently achieved business growth in an increasingly competitive category.” He added, “In the case of other categories and potential clients, Walton Isaacson is receiving more invitations to be a part of pitches for brands that are realizing that they can’t stay on the sidelines when it comes to reaching out to the Latino audience.”