Azteca America seems to have found an answer  to president Trump’s plans for a wall between Mexico and the United States. And media buyers at agencies may like it: the network kicked off its 2017-2018 upfront roadshow in New York by announcing a timely new original production, “El Muro” (The Wall), a hauntingly familiar drama, ripped-from-the-headlines scripted series.

“El Muro” (The Wall) is being produced in Mexico and the United States and is scheduled for broadcast in early 2018.“ Is produced exclusively for Azteca America in the United States. Set on the border between Arizona and Mexico, this hauntingly familiar drama brings to life one of the most controversial topics in the country today. The series tells the love story between Adriana, an undocumented immigrant, and Calixto, the immigration officer in charge of her deportation. Their story unfolds in a new programming format – ten individual stories (5 episodes each, 50 total) revolving around one central narrative. This ripped-from-the-headlines series will hit home on a topic close to many Azteca viewers.
Azteca Americas also announced the return of MISS UNIVERSE® as well as new capabilities for advertisers through programmatic and over-the-top (OTT) platforms. The announcements were made by Azteca America executives Manuel Abud, President and Chief Executive Officer; Craig Geller, Executive Vice President, Network Sales and Digital; and Margarita Black, Vice President of Programming at The Times Center in New York City. 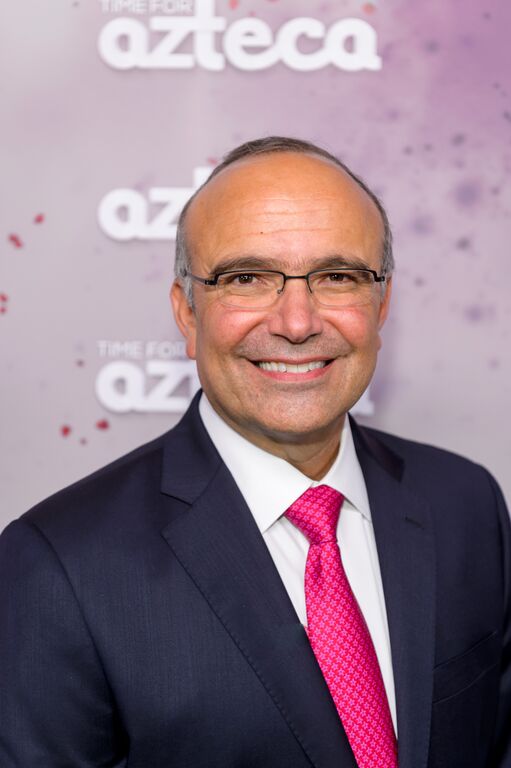 The network finished the broadcast season as the fastest-growing, Spanish-language broadcast network in primetime for 2015-2016 among total viewers (+33%), adults 18-49 (+28%) and adults 18-34 (+29%), according to Nielsen. This marks the second consecutive season that Azteca has outpaced the growth of all other Spanish-language broadcasters in the adults 18-49 and 18-34 demos. In primetime, the network reached more than 12.3 million total viewers and 6.3 million adults 18-49.
“After three years of experiencing substantial ratings growth, we are excited to present the most robust lineup to ever air on our screen,” said Abud. “These programming investments further reinforce Azteca America’s commitment to our audience by delivering relevant, world-class programming of the highest production quality and expanding our distribution to reach more U.S. Hispanic households.”

New to Azteca’s Upfront mix is a stop in Miami (April 6) to meet the demand of advertisers in this important Hispanic market now served by a full-power Azteca station, WGEN. In addition to New York and Miami, Azteca will hold meetings in Chicago, Los Angeles and Dallas.

Craig Geller emphasized that Azteca America is selling solutions to advertisers, not inventory. that “This year, we continue to collaborate with advertisers to create customized and effective multi-screen marketing solutions through our proven total-market, consultative approach,” added Geller. “Unlike the rest of the marketplace, our viewers spent 58% more time watching Azteca than the previous season; a remarkable 28% year-over-year increase.”

In addition to “EL Muro” Azteca is announcing a new original scripted series in its primetime grid called “El Manicomio” (“Mental Hospital”): Azteca’s new thriller is a series about Mariana, a passionate reporter, whose grandmother mysteriously dies in a psychiatric hospital. Mariana suspects her grandmother’s death was not due to natural causes, and she pays a high price to discover the truth – she checks herself into the hospital as clinically insane to conduct a deeper investigation. Mariana must uncover the truth before her obsession with the investigation can justify the hospital’s intent to keep her locked up for the rest of her life. Produced in Mexico for Azteca America, this thirteen-episode, hour-long series will get viewers hooked from the start.

“Vis a Vis”: This intense prison thriller tells the story of Macarena Ferreiro, a young naive woman who falls in love with her boss and is manipulated by him to participate in illegal activity. She is sentenced to seven years in prison and is faced with the day-to-day dangers of being incarcerated. Macarena quickly realizes that in order to survive her time in jail, she will need to change her ways and adhere to a prisoner’s code.

“Relatos Misteriosos” (“Mystical Tales”): This series brings to life the world’s most intriguing mysteries through documentary-style dramatizations and reenactments. The hour-long co-production appeals to Azteca viewers’ passion for all things supernatural as they are called to question – are these stories mere coincidences or is there more we don’t k

Azteca America has secured an exclusive content partnership with Turkish media giant, KANAL D, for more than 1,000 hours of Turkish drama series. Among the dramas coming to the network are: “For My Son,” a series about an ex-cop tasked to an undercover mission within Istanbul’s biggest mafia, while trying to reunite with his son; “Crossroads,” a drama/comedy series about a rich family that loses everything; and “Matter of Respect,” the story of a son who seeks revenge on the mafia for causing his father’s suicide. The complex, family-oriented storylines, exotic locations, beautiful actors, and high production values of KANAL D’s content are a hit with Hispanic viewers, and this deal brings even more diversity to Azteca’s programming slate.

Rafael Mercadante and Adianez Hérnandez host “Escape Perfecto.” A team of two contestants work together to complete trivia and physical challenges to grab prizes from a gigantic cage before the doors slam shut. With increasingly difficult questions for each of the 10 rounds, the team is offered bigger prizes with less time to answer the question correctly. Halfway through, the team will decide whether it wants to escape with the prizes it has, or risk it all for the major prize selected at the beginning of the game.

In its seventh season, “La Isla” is a reality show that pits three groups of contestants against each other. The participants will test their mental and physical strength and their abilities in the battle to determine who will take home the cash prize. Once again, Alejandro Lukini returns as the host, welcoming the participants and accompanying them throughout their journey. 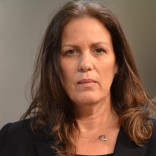