Gurbaksh Chahal has handed over his CEO role at Gravity4 to his sister, Kamal Kaur, after a judge found last week that he violated his domestic violence probation. Techcrunch reports. Chahal has been removed from Gravity4’s leadership page and replaced by Kaur, who is currently listed as CEO of the company. Kaur previously held leadership roles at Chahal’s other companies, including RadiumOne, where she worked as VP of mobile.

Organizational changes at Time Inc.
The leadership at Time Inc made several major announcements including the abolition of publisher titles as well as a new editorial and ad sales structure. Multicultural properties People en español and Essence were also impacted.

Telemundo announced the appointment of Lia Silkworth to Senior Vice President of Insights and Consumer Development. In her role, she will develop and lead the programming and consumer research departments for Telemundo Network, NBC UNIVERSO and its digital properties. Silkworth will report to Luis Silberwasser, President of Telemundo Network and NBC UNIVERSO cable channel.Silkworth will be responsible for synthesizing insights from quantitative and qualitative data in order to provide expert guidance on brand performance, multi-platform viewing, and other key business goals. In addition, she will be charged with the development of progressive research strategies to advance the long range business vision and strategy of NBCUniversal Telemundo Enterprises.Silkworth joins Telemundo from Starcom Mediavest Group (SMG). 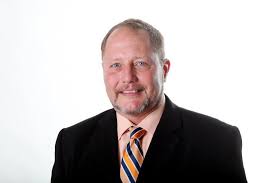 Entravision Communications Corporation, a diversified media company serving U.S. Latinos, announced the appointment of Michael Holderle to Vice President of Integrated Marketing Solutions (VP-IMS), McAllen, Texas, effective immediately.Michael Holderle will be responsible for selling Entravision’s media and marketing solutions across the company’s television, radio, digital and event properties in the McAllen market, as well as driving client-based marketing campaign initiatives based on analyses of regional audiences. He will work with both the national and local sales teams to grow Entravision’s market share and leverage the company’s reach to provide advertisers the ability to effectively engage U.S. Latinos across acculturation levels. Holderle will report directly to Angela Navarrete, Senior Vice President of Integrated Marketing Solutions (EVP-IMS), McAllen.Holderle is a seasoned media executive, with over 30 years of experience in the entertainment industry, and most recently served as a Director of Sales for Foster Communications in their San Angelo, TX office. 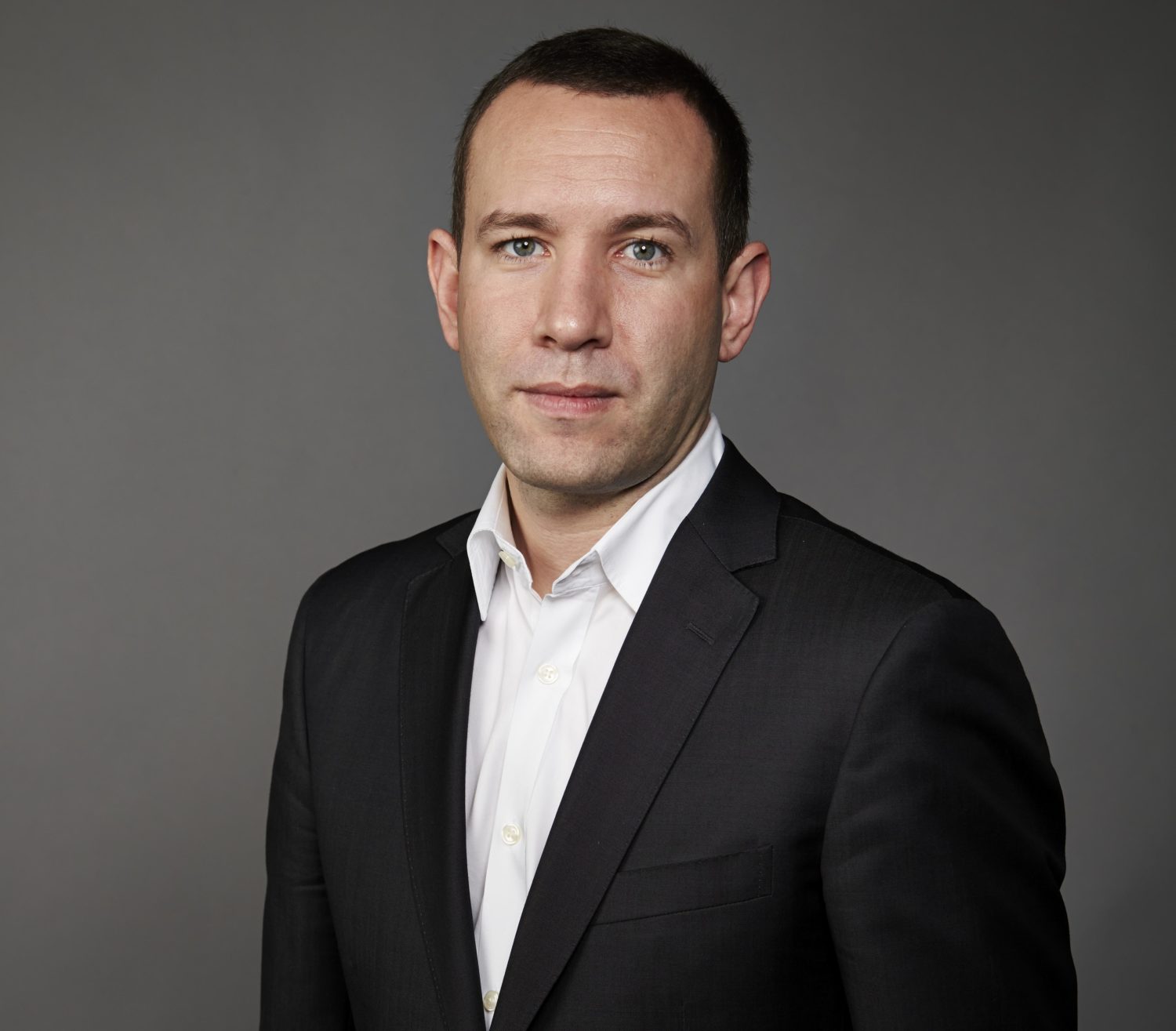 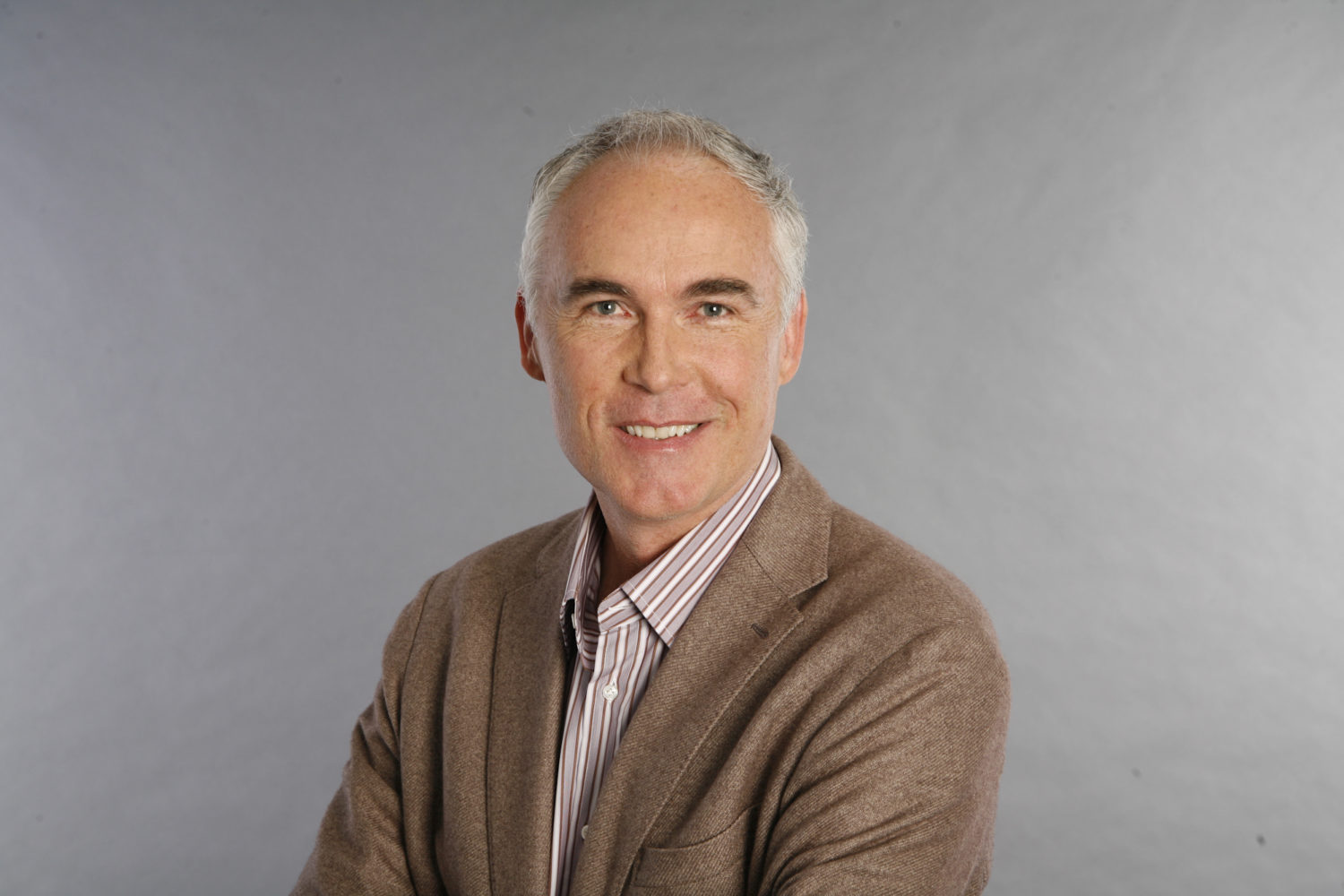 Jim Elms, who until now served as Global Chief Executive Officer of the group, will become Chairman of Initiative and assume new responsibilities as Managing Director of Interpublic.

As Chairman of Initiative, Jim Elms will continue to report to Henry Tajer. For his new responsibilities with IPG, Jim will also report to Philippe Krakowsky, Chief Strategy and Talent Officer at IPG and Chairman of IPG Mediabrands.

Interpublic Group will restructure executive leadership at its’ integrated marketing agency Golin to a CEO team structure rather than being headed up by a single CEO: 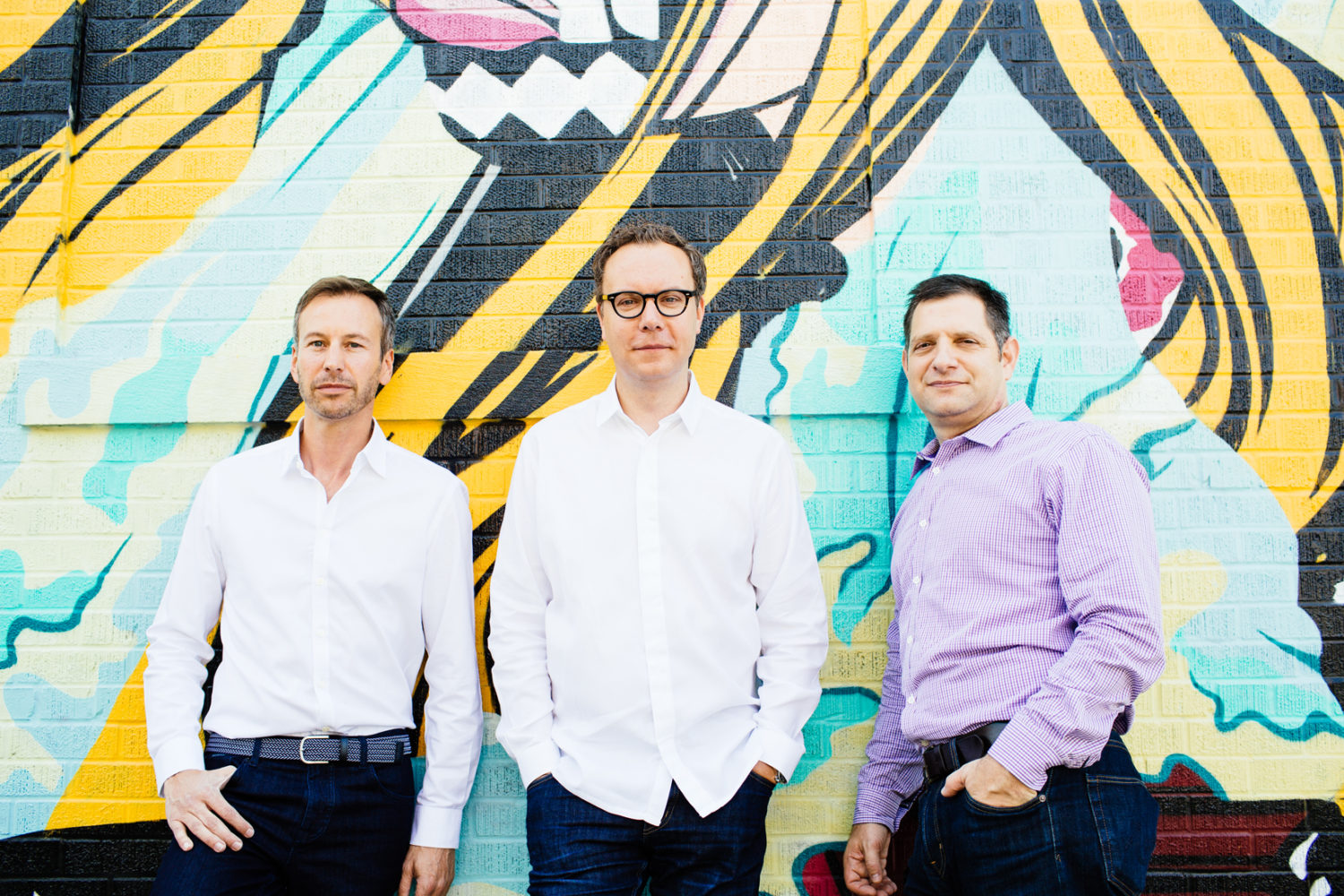 Fred Cook, previously chairman and CEO, will keep his CEO title but will become part of a four member CEO group that will also include Jonathan Hughes, Matt  Neale and Gary Rudnick.

Hughes will be CEO in charge of Golin’s international business.

Neale will be CEO overseeing vision.

While Rudnick will oversee operations.

The new structure will begin on Jan. 1. 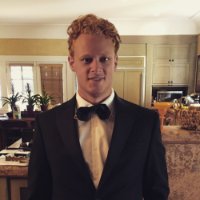 GoupM Global has promoted John Montgomery executive VP, brand safety. He has most recently been North America chairman of GroupM Connect and is also chairman of the 4As Media Leadership Council and cochair of the anti-piracy initiative for the Trustworthy Accountability Group. Montgomery will report to Rob Norman, GroupM’s global chief digital officer.

What: Telemundo announced the appointment of Lia Silkworth to Senior Vice President of Insights and Consumer Development.
Why it matters: Silkworth, who comes from Starcom Media Vest Group, will develop and lead the programming and consumer research departments for Telemundo Network, NBC UNIVERSO and its digital properties.

Silkworth will be responsible for synthesizing insights from quantitative and qualitative data in order to provide expert guidance on brand performance, multi-platform viewing, and other key business goals. In addition, she will be charged with the development of progressive research strategies to advance the long range business vision and strategy of NBCUniversal Telemundo Enterprises.

“The addition of Lia to our leadership team strengthens our strategic capabilities and positions us for continued success,” said Silberwasser. “Lia‘s deep knowledge of the Hispanic media industry, as well as her established track record of utilizing data and insights to drive strategy and innovation, will be vital as we continue to evolve our content, consumer and commercial strategies.”

Silkworth graduated from the University of Texas at Austin with a Bachelor of Science degree in Advertising and is a board member of the T. Howard Foundation.

According to Marla Skiko, EVP, Director of Digital Innovation at SMG Multicultural, the use of programmatic audience buying technologies can be very efficient, particularly when it comes to target segments of the Hispanic demographic. Skiko and Lia Silkworth, Managing Director Tapestry, Starcom MediaVest Group participated in a panel moderated by Barry Frey, president & CEO of Digital Place-based Advertising Association, at today’s Eleventh Annual Hispanic Television Summit in New York City.

We want to buy Hispanic audiences in an efficient way. Programmatic trading helps as to do that.

Skiko noted that the use of programmatic trading technologies can also be a very valid argument to convince clients (marketers/advertisers) to spend against the Hispanic demographic. She added that going forward programmatic buying may also be applied to broadcast media. “It’s understood that the market is moving in that direction. That does not mean, however, that all buying will be done through programmatic trading,” Skiko concluded.

Tapestry’s Silkworth spoke about substantial changes taking place in the broadcast advertising area. “Many agencies are looking at  video agnostic planning and buying. Upfronts are  no longer a TV team only affair.” Skiko agreed: “The discussion changed. It starts from a totally different place. It used to be we are buying a 30 second TV spot. Now it’s much more about content and measurability.” The game changer has been the emergence of online video and mobile as well as the increased measurability of digital advertising.

Tim Mahoney is Chevrolet’s (GM) new global marketing chief. Effective April 1st 2013, Tim Mahoney will be joining Chevrolet as Chief Marketing Officer Global Chevrolet. Prior to this engagement, he was  with Volkswagen in capacity as Chief Product and Manufacturing Officer since 2011. Tim Mahoney  will be entrusted with finding new avenues for the brand to expand into and  thereby boost sales globally.

Univision Communications has brought in Mehul Nagrani to serve as its senior VP of digital operations, a newly created role. Nagrani will be responsible for maintaining Univision’s digital performance and financial goals. He will collaborate with department heads to help upgrade capabilities, improve operating vigor and meet the company’s digital video expectations for the year. Based in New York, he will work under Kevin Conroy, the president of Univision Interactive and Enterprise Development. In the past, Nagrani was a special assistant to Randy Falco, the CEO of Univision Communications. Before that he designed memory chips for Micron and processors for Intel.

Tapestry, a division of SMG Multicultural, announced that Lia Silkworth, will take on full leadership responsibilities as Executive Vice President and Managing Director. (Read our recent interview with Silkworth).

In this new role, Silkworth will provide strategic vision as well as business management to the largest multicultural media unit in the US. Silkworth, known for her negotiation prowess and strategic vision has helped to increase Tapestry’s partnerships with several clients in her previous role as co-managing director.

“We are excited to have Lia Silkworth take on a larger role at Tapestry and bring with her new ideas and a new perspective for our clients and our team,” stated Monica Gadsby, CEO of SMG Multicultural.

Additionally, Danielle Gonzales, formerly Executive Vice President, Managing Director at Tapestry, will take on a new role as Executive Vice President, Managing Director at Starcom where she will provide leadership across some of Starcom’s largest accounts.  In addition to her new client responsibilities, Danielle will serve on Starcom’s  management board, and will continue to be a  board member for AHAA: The Voice of Hispanic Marketing.

“When you combine her passion for brand-building and strategic solutions, Danielle has consistently delivered innovation and results for our clients, time and time again,” said Lisa Donohue, Starcom USA CEO. “She is a skilled leader, who in this new role will only continue to drive success for the agency and our clients.”

Lia Silkworth, Senior Vice President, Media Director Tapestry manages the multicultural investment and activation for Tapestry. She also oversees U.S. Multicultural for Liquid Thread, Starcom MediaVest Group’s (SMG) content unit. Lia provides leadership across Tapestry’s roster of clients which includes P&G, Burger King, Kellogg’s and Allstate. The daughter of Cuban immigrants and fluent in English and Spanish, Lia began her career in general market strategic planning with Leo Burnett, but soon realized her passion for multicultural media. We talked with Silkworth about how she approaches Content Marketing, which she says is about “creating an overarching thread of how paid owned and  earned work together.” 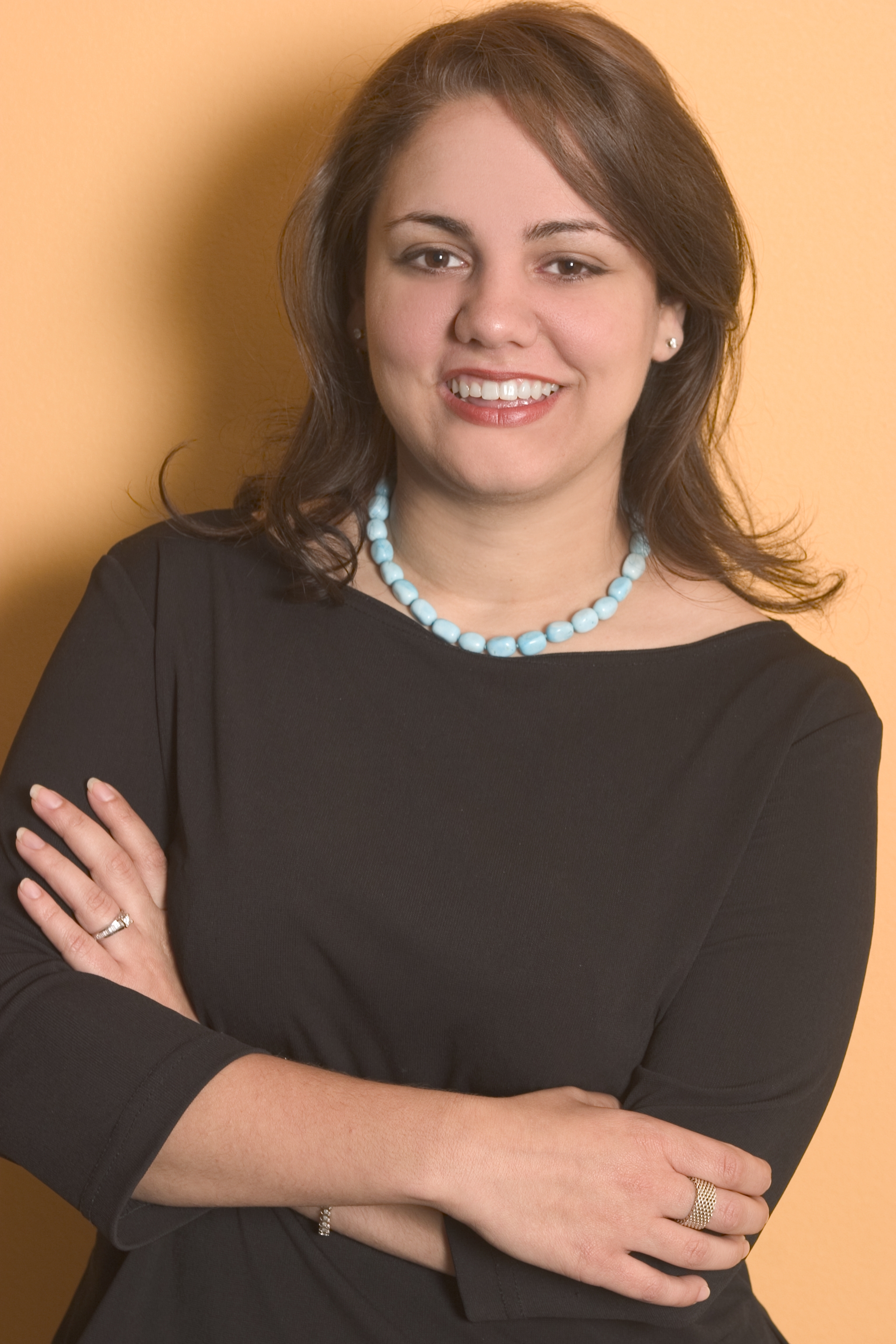 According to Silkworth, “content has played a pivotal role over the last twenty years but more so over the last five. It’s all about the (successful) integration of paid, earned and owned media  (POEM).  Silkworth notes that while everyone is talking about paid, earned and owned media, “not everyone is really doing it. It sounds easier than it is…”

The key elements of a successful Hispanic Content Marketing Strategy according to Silkworth:

Content Creation:“Custom Content needs to be created with the purpose of creating a point of engagement. Whether in short form for the Internet or mobile devices or in long form (e.g. for TV), the goal is to look for an opportunity where consumers can interact in a relevant way and then shift the conversation to earned media (e.g. social media). Our goal is to facilitate that conversation and be part of the consumers life. ”

“It’s crucial to build  an architecture that allows for an efficient interaction between Paid, Owned and Earned Media.  For that it is crucial to understand the dynamics between them. Research and audits of owned and paid media are crucial. We have our own modeling that allows us to optimize that.”

On the Complementarity of Paid and Earned Media

“Paid and earned media are complementary. I have never seen an initiative where they are not complementary. Its important to study how different forms of paid media can influence on earned media and to learn from it and wee how it works.  Again, it depends on the specific objective. E.g. earned media is a succesful metric for the objective of having a brand top of mind on higher level from a consideration perspective.”

To learn more about successfully integrating paid, earned, and own media in your content, and how to apply it in the Hispanic and Latin American marketing space, register today for our  Latin Content Marketing Forum.