We are thrilled to present Portada Sports Marketing Board, which will feature 12 brand marketing and agency luminaries. This announcement underscores our new commitment to serving the vibrant sports and soccer marketing sectors.As members of the Sports Marketing Board, these leaders and innovators will participate in Portada’s marquee events and provide thought leadership to Portada writers and researchers.

Creating a space to learn from each other

As members of the Sports Marketing Board, these leaders and innovators will participate in Portada’s marquee events and provide thought leadership to Portada writers and researchers.
“Sports offer the opportunity to establish a meaningful, authentic connection with our consumers and create (and deliver) great content, and successful shopper programs. I personally love Portada’s initiative: by putting this board together, Portada is creating a great space for us to learn from each other, share best practices and bounce ideas,” says Analia Benedetti, Director of Shopper Marketing and Multicultural.

Daniel Keats, the Director of Sports and Sponsorships for consumer marketing at Allstate Insurance, notes that “sports are a major passion point impacting consumers across all segments,” and that t is important to have a specific focus on unique content, programming, and market intelligence when engaging consumers through this powerful medium.”
“It is a real privilege to have the backing of this outstanding group of brand marketing and agency executives. This sports marketing board will be essential to our efforts to produce high-quality events and provide value for our partners and sponsors,” says Marcos Baer, the publisher of Portada. “Due to their rapidly growing popularity among overall U.S. and multicultural audiences, we are substantially increasing our coverage of soccer and sports marketing,” Baer adds.

For information on sponsorship opportunities and other creative ways to align your brand with Portada’s Sports Marketing Platform, please reach out to Sales/Marketing Director Kelley Eberhardt at kelley@portada-online.com

Crown Imports outlined its 2013 sales and marketing plans to its U.S. distributor network and select retailers at the Gold Network Summit, its recent annual meeting in Fort Worth, Texas. 2012 was a good year for Crown Imports,  which saw 4.7% growth. Its flagship brand Corona Extra grew 2% and exceeded annual sales of 100 million cases. Modelo Especial  broke the 40-million case mark, up 20.6%, and Pacifico was up 8.5%. Portada spoke to John Alvarado, Crown Imports Senior Director of Brand Marketing, based out of Chicago. Alvarado is responsible for the marketing behind Modelo Especial, the number 3 U.S. Import brand.
Alvarado has helped the growth of Modelo Especial by launching new campaigns, including the  brand’s first ever general market ad campaign and by introducing new packages to garner more consumer occasions. “Modelo Especial’s strategy is a total marketing strategy”, Alvarado says. “We target  Hispanics and non – Hispanics with 360 activation in both English and Spanish. Historically, we 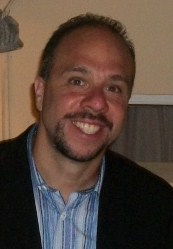 started our  efforts with Spanish-language media buys, but are now enhancing them with English-language communications.”
Alvarado and his team have done research that shows that both Hispanics and non-Hispanics are similar in the  things they like about the Modelo Especial brand. “One similarity between the Total Market and the Hispanic market is that they have a “show not tell” philosophy. They want to see communications that are true to who they are.”

Modelo Especial’s long-term goal is to be the number 2 Import Beer in the U.S. and  reach 100 million cases. In order to reach that goal it has developed a Total Market approach.  Modelo Especial general market campaign is being aired in six markets up from two last year.  The Hispanic portion of the campaign, developed by Miami’s La Comunidad and planned and bought by Horizon Media is 360 and includes Spanish-language TV, out of home, radio as well as digital media. “There is local print in some markets, e.g. in markets where we want to promote events,  but no national buy,” says Alvarado.
As a whole, the “2013 total market campaign is inclusive of the Hispanic market. In fact, we have seen that Hispanics love the English-language ads and are motivated to purchase.” On the sports marketing side, Modelo Especial has a 5 year strategy tied to International Soccer, Alvarado notes.  Brand ambassadors include U.S. National Team player Clint Dempsey as well as the Mexican soccer player Gerardo Torrado.

We have seen that Hispanics love the English-language ads.

Prior to joining Crown Imports LLC, John was with Miller Brewing Company and Jim Beam Brands. While at Miller, he led the Hispanic marketing efforts behind Miller Genuine Draft. At Jim Beam, he served as the Brand Manager on DeKuyper Cordials and he developed the multicultural strategy to grow the company’s brands among Hispanic, African-American, and Gay/Lesbian consumers. With his vast Hispanic and general market experience. Alvarado has interesting advice for fellow brand marketers who are interested in entering the Hispanic market:

1.  ” The Latinization of America is a great opportunity to tap into the Hispanic consumer segment. It’s a very important segment. Not only in terms of  business volume but also because of its influence on the overall marketplace. Hispanics are great brand advocates.”

2. ” Spend time to do the research, because when discussing investments you need to make sure that it works.”