is about to buy out the 73% of Cars.com that it doesn’t already own for US $1.8 billion

What: The Gannett Co. (GCI), owner of USA Today, is buying t the 73% of Cars.com that it doesn’t already own for US $1.8 billion. Separately, Gannett announced it is spinning off its publishing assets (including the USA Today) from its Digital and TV properties.
Why it matters: The transaction may value the website at US $2.5 billion and give complete control of Cars.com to Gannett. More and more companies are separating their slower growing print assets from fast growing digital and TV units (e.g. Tribune, Belo and Scripps in addition to the just announced Gannett spin-off).

Cars.com is owned by Classified Ventures, a joint venture part of Gannett together with four other newspaper and former newspaper companies: McClatchy, Tribune Media, A.H. Belo and Graham Holdings. (Read our interview with Cars.com’s Sharon Knitter).

The Cars.com auto-sales website was started in 1998 and since then has become one of the biggest markets for customers to sell and buy cars. It allow users to check prices, compare models and read reviews of auto dealers. Gannett owns about 27 % of the auto-sales website, so the deal would value the whole business at about US  $2.5 billion.

Cars.com generates a large percentage of its revenue from classified ad sales to dealers by offering them a free listing option but charging any extra days after the first month and for other premium services related to the ad.

Gannett owns about 27 % of the auto-sales website, so the deal values the whole business at about US  $2.5 billion.

Following the acquisition, Gannett’s four other owners will have five-year agreements with Cars.com to continue getting revenue from advertising in their respective regions. Those agreements will continue to provide profits to those companies from an initial target of about US $3 billion.

Classifieds advertising has dropped by more than half between 2000 and 2008 to US $9.9 billion, according to the Pew Research Center. By acquiring Cars.com, Gannett could fill some of the holes left by lessened revenues from classified advertising in its print publications.That is probably the reason way many  newspaper companies are selling off businesses started while they were in better financial shape. Such is the case of Classified Ventures, which sold another listings site, Apartments.com, for about US $585 million this year.

Gannett spins off Publishing Assets from Broadcast and Digital 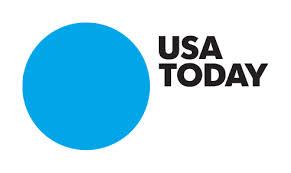 In addition Gannett announced that it is splitting itself off in two publicly traded companies. On one hand, the publishing business, consisting of USA Today, 81 daily newspapers and the British news company Newsquest. The new spinoff newspaper company will keep the Gannett name. The company that will own Gannett’s television stations and digital assets doesn’t have a name yet, but will consist of 46 stations, including the Belo stations, which Gannett purchased last year for $1.5 billion. The new broadcasting company will be the largest group of TV stations in the top 25 markets. The new broadcasting company will retain all the digital properties, including Cars.com and CareerBuilder. Both sites will retain affiliate agreements with the newspapers.