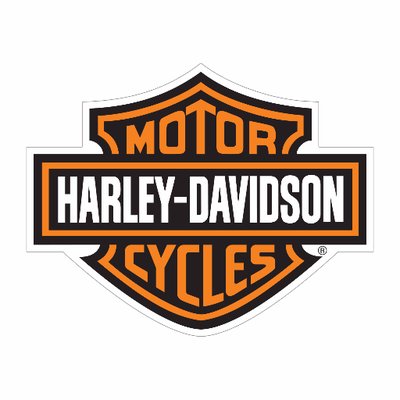 Harley-Davidson has selected a customized team from a range of Interpublic Group agencies to handle its global creative, media and digital marketing account.The team is Headquartered in Detroit, with regional hubs in New York, London and Singapore.The newly-created Team Ignite is comprised of creative and strategic resources drawn from a range of IPG agencies. The partnership will also be executed across Harley’s top 12 country markets, which includes the U.S., Brazil, France, DACH region (Germany, Austria, Switzerland), Italy, UK, Australia, India, Japan and China. Publicis Groupe’s Starcom and Digitas are also no longer on Harley’s agency roster.

ESPN has unveiled its roster of major pan-regional sponsors for ESPN’s coverage of the Rio 2016 Olympic Games. Gillette, Issey Miyake Parfums, Marriott and Samsung Electronics are among the brands that will be showcased across ESPN networks throughout Latin America and the Caribbean during its more than 2,800 hours of multimedia coverage of Rio 2016. ESPN will bring fans closer to Rio 2016 by allowing brands to enhance their messaging and connect with consumers across the region via ESPN’s highly-localized content.In addition, local advertisers will be featured in Argentina, Brazil, Colombia, Mexico and Central America.ESPN digital platforms will complement the television coverage with daily news, updates, and immediate video reporting and results. ESPN’s social media channels will also feature special content with dedicated reporters onsite.

Initiative, IPG Mediabrands’ global communication network and part of Interpublic Group, welcomes its new client Nacional Monte de Piedad, I.A.P. Nacional Monte de Piedad was founded in 1775 and has become the oldest financial institution in the Americas. IAP is a Private Assistance Institution which has over 320 branches across the country and helps those in need through car loans, financial services and investment. The initiative’s team will work together with IAP’s marketing team within the institution to conduct marketing activities and brand products. The team will also handle consulting and analysis of traditional online and offline media.

Aeromexico, Mexico’s global airline, announced its plan to add more frequencies on five of its principal international routes during summer 2017.The carrier will significantly increase flights to Amsterdam, London, Madrid, Shanghai, and Santiago on a weekly basis. In Europe, Aeromexico will offer daily flights from Mexico City to Amsterdam and London Heathrow. The carrier will also increase its seat capacity to Madrid by 15%, giving a total of 12 flights per week.The airline is also planning to increase its service to Asia by more than 65%, which gives Shanghai five flights per week. In South America, a daily service to Santiago, Chile, will also be added to the current service of five flights per week.All these new frequencies are already available in our different sales channels.

WPP’s global marketing agency Grey has acquired a majority stake in Ecuadorian full-service communications firm Maruri Publicidad SA, according to M&M Global. Maruri is a market leader in Ecuador, with gross revenues of almost US$10m in December 2015.Based in Guayaquil with an office in Quito, it works with clients including DIRECTV and SABMiller.The acquisition comes as part of WPP’s strategy to invest in faster-growing markets such as Latin America. 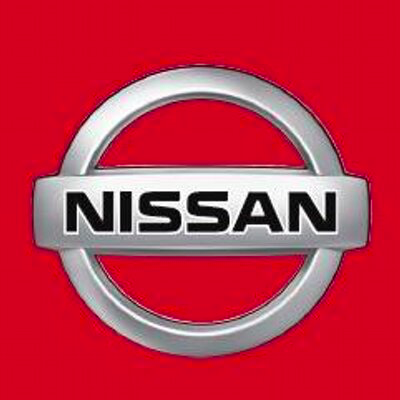 Nissan reportedly paid about US$250 million to sponsor the games, a campaign that highlights its recent investment in Brazil and a brazen bet that the country’s battered economy is on the verge of recovery. The company is using the games to unveil a new compact sport utility vehicle, the first time any major automaker, Nissan included, has ever used Brazil to launch a model destined for a global market.The CUV, called the Kicks, was conceived with the help of Nissan’s Rio design team.Nissan hopes to sell 50,000 Kicks in Latin America in the next 12 months. The price for a fully loaded model starts at about 85,000 reais (us$26,850). For now, Nissan will import the new CUVs from Mexico. Then the company plans to add production at its new 2.6 billion reais factory in Resende, an industrial town 160 km northwest of Rio. The company introduced a campaign on TV and online featuring Huck, a high-profile Brazilian talk-show host. Most of it is typical, factory-tour stuff, but in one stunt, Huck whisked an unsuspecting 22-year-old Brazilian salesman out of the Rio airport to Japan, where they eat sushi, try to sell perfumed Brazilian panties on the streets of Tokyo, and eventually tour a Nissan factory.

INTRODUCING NEW FEATURES TO PORTADA’S INTERACTIVE DATABASES
We have incorporated new features to the interactive database of corporate marketers and agency executives targeting Latina American consumers:
–New Sales Leads: Weekly more than 20 new leads uploaded to the Database by the Portada Team as well as the contacts related to the above weekly Sales Leads column written by our editorial team.
Download the Database: Download the full Database in Excel Format.
Search Database: You can search through a user-friendly interactive Interface: Search Fields include: Name, Company/Agency, Job – Title, Address, Zip, E-mail, Accounts (Agency), Phone, Related News.
SPECIAL INTRODUCTORY OFFER:
For a short period of time we are offering the database for an introductory annual subscription of US$ 899!
Read the Frequently Answered Questions. (click on link “the most commonly asked questions…” and/or contact Research/Databases Sales Manager Silvina Poirier at silvina@portada-online.com.

The Publicis-Omnicom merger set off a wave of speculation about how the global advertising market would be reconfigured. In the Americas (North America and Latin America) Publicis and Omnicom will now control 41.6% of the media buying business. How will the merger affect Latin America?  What do the region’s marketing, media and advertising executives think?

Prior to the merger, the group with the highest share of the overall advertising market was WPP. Interpublic Group ranks third in terms of their properties.

But what do the other executives and agencies have to say about the merger?

Both Interpublic Group and WPP would only say that they will continue to work with their clients as they presently do.

“Our focus is and will continue to be our customers and our people, who are the strength of our company. There is nothing with regards to business scale that will make for better creative ideas, better potential sales or better marketing integrations. We are confident in the quality of our digital products and our media management, and we are very well-positioned in emerging markets.”

Juliana Sarria, director of client development and global market growth for MediaBrands, told Portada that “this merger clearly has a degree of importance for the industry and especially for media, an area in which Publicis and Omnicom were already leaders, but I think that in the end, what ends up defining the client’s relationship with the agency is not the size of the company or its assets, but the quality of the work—its creative, pitches, and attention.”

“At some point, this merger may benefit other agencies as it involves a big upheaval for Publicis- Omnicom in which it will have to invest time, and other agency-client relationships are not going to change as a result of it,” added Sarria.

For its part, WPP’s GroupM told Portada it had no comment on the merger.

David Jones, CEO of Havas, was one of the few executives of the big advertising groups that came out publicly against the merger. “I’m not sure that the merger is in the best interests of their clients.” He added that “clients today want us to be fast, agile, more dynamic …not bigger, more complex and therefore more bureaucratic.”

Marcelo Montefiore, CEO and founder of GlobalMind and VP of IAB Argentina, said that “the merger seems like a smart move by the two groups, and I think the biggest beneficiaries are the shareholders of these companies. I don’t think that it will be easy for the merger to achieve tangible benefits in the quality of the services their agencies provide to advertisers. When we talk about the union of two advertising groups whose consolidated value exceeds $30 billion, economies of scale are already in place, internal division between agencies already exist, etc.”

Regarding speculation that the companies’ decision to merge was based on “fear of Google and Facebook,” Montefiore thinks this is not true. “This merger does not turn advertising groups into technology companies.”

“The success of the Publicis-Omnicom merger will partly depend on the group’s ability to maintain quality and service despite its large scale. However, this union creates great opportunities especially for companies looking to gain a strong presence across large geographical areas,” said Gaston Taratuta, CEO of IMS, the company responsible for marketing Twitter’s advertising in Latin America.

What it means for Latin America

Julian Porras, general manager for Latin America at Omnicom Group, told Portada last Monday after the merger that “particularly in a region of rapid growth such as Latin America, the merger brings an unparalleled depth of resources to advance the needs of our clients and opens up enormous possibilities for our talent.”

According to Montefiore, “agencies in Latin America will not see major changes for at least the next year, and in terms of advertisers for at least two years—and I don’t think those changes will be necessarily conclusive.”

Sarria, of MediaBrands, agrees that “in Latin America specifically, the clients that may be affected by the merger are few, and only large clients like Unilever and Procter & Gamble. I think that clients in general will neither be affected nor benefit [from the merger].”

Gaston Taratuta claims that “the Publicis-Omnicom merger will create market opportunities for small agencies seeking to differentiate themselves from the big corporations.”

In the Americas, Publicis and Omnicom control 41.6% of the media buying business (including digital media), according to the RECMA report. The report’s findings say that Omnicom accounts for 14.4% of the market through its OMG agency, while Publicis has captured the other 27.2% through StarcomMediaVest and ZenithOptimedia.

See the RECMAS´table below for details: