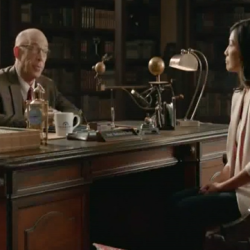 RPA’s origins trace back to 1965 in the LA office of Needham, Harper & Spears. Following a series of mergers, acquisitions and client conflicts, in 1986 RPA founders Gerry Rubin and Larry Postaer spun out on their own, taking Honda’s account with them, later streamlining the name.

White space – that is, the territory no one else inhabits. RPA aims to identify and exploit areas where the client can successfully compete. A case in point is its Farmers University campaigns. 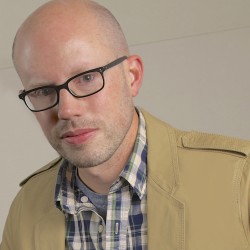 Tim Leake, senior vice president and director of growth and innovation at RPA, says that while Farmers’ competition outspent it by a factor of four to one, this long-running campaign not only increased consideration but also earned plenty of unpaid media, thanks to the canny casting of J.K. Simmons, who won a 2015 Oscar for his role in the movie Whiplash. The four-year-old University of Farmers campaign for Farmers Insurance has become a competitive advantage for the challenger brand, according to Leake.

RPA believes creativity must go hand-in-hand with effectiveness, and it’s ready to put its billings behind that concept by sometimes offering a performance-based component to its fees. Says Leake, “Being independent and privately owned lets us make decisions the way we want to. If we want to negotiate compensation a different way, we don’t need to run it up the flagpole to France.”

Leake says adding a performance-based component, when it makes sense, better aligns the client’s goals to the agency’s incentives, while reducing advertising for art’s sake.

The agency has a full media department, comprising 17 percent of the 455 total employees in its Santa Monica office. Leake says media is fully integrated and collaborates with creative teams. He points to the fact that media strategy and planning practice across all channels is headed by Mike Margolin, formerly the agency’s director of digital, is evidence of how well digital is integrated. “We don’t try to buy things as individual media channels; we try to craft a plan to reach a specific audience. The media clients we have had most success is when you take more of a craftsman approach,” Leake says.
Media heads:

Honda is a major account. The agency won’t say how much of its revenue the business amounts to, but says it’s still by far the biggest of its 16 clients. But RPA has added several in the last two years alone, and the roster includes Apartments.com, Intuit, the LA Clippers and DirecTV Home Security.

RPA handled the creative and social media campaigns for Honda’s HR-V SUV crossover. As an April Fool’s joke, it did a spot promoting HR-V Selfie Edition, a special trim for the vehicle targeted toward young consumers. With 10 embedded cameras that operate when the car is in park, it supposedly lets the self-obsessed instantly upload pix via their phones and HondaLink. In the spot, beta-tester Ashley says, “Everyone’s talking about how cool the self-driving car will be, but the selfie car – that’s the future.” 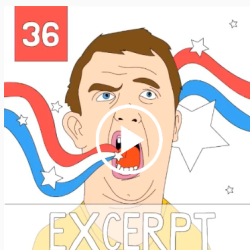 Executive Creative Director Jason Sperling recently became the first person to release a book on Instagram. Look at Me When I’m Talking to You, about getting consumers’ attention, is coming out in one illustrated page a day for 160 days – in the kind of snippets that suit today’s info snackers.

Check out other agency profiles recently published by Portada:
-Spark, a Boutique Backed by a Global Agency Network
-The Media Kitchen, How Chefs Cook Up Media Plans
– Innocean, a Full-Service Agency with a Maverick Spirit