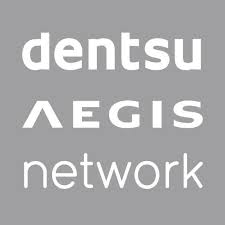 As part of the network, Gravity will form the backbone of the group’s specialised and dedicated multicultural marketing offering in the US, complementing and strengthening its existing capabilities in the areas of multicultural strategy, creative, social and digital media.

UPDATED: Below 3 questions were answered by a Dentsu Aegis spokewoman:
Will Carat’s multicultural team continue working independently or as part of Gravity Media?
“Gravity and Carat will continue to work independently but will look for opportunities to collaborate where appropriate.”

What growth plans are ahead for Dentsu – Aegis as it relates to the multicultural market?
“To be competitive in the US market, it’s critical to have a dedicated multicultural media and creative service offering that can be adaptive and evolve with the changing US demographics and consumer habits led by digital, and we are committed to helping our clients communicate effectively with diverse audiences. As part of Dentsu Aegis, Gravity’s award-winning multicultural capabilities will augment our service offering for clients and better position the group in this growing market. ”

Co-founded in 2009, Gravity has become one of the most distinguished multicultural agencies in the United States and the largest in billings for Asian American marketing, according to Advertising Age. In addition, the Inc. 500 has recognised Gravity as one of the fastest-growing agencies amongst other multicultural segments. With headquarters in New York City, Gravity is home to 33 experts who collectively speak more than 20 languages.

Gravity will form the backbone of the group’s specialised and dedicated multicultural marketing offering in the US. 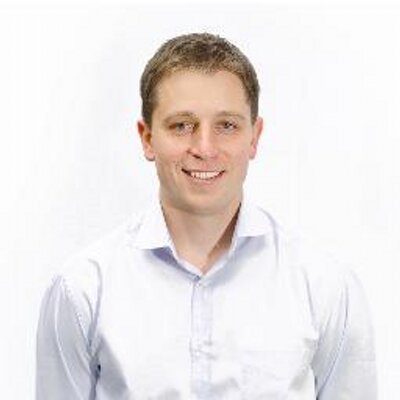 Following the acquisition, Gravity will continue to be led by CEO and Co-Founder Yuriy Boykiv, who will report into Rob Horler, CEO of Dentsu Aegis Network US.

“To be competitive in the US market, it’s critical to have a dedicated multicultural media and creative service offering that can be adaptive and evolve with the changing US demographics and consumer habits led by digital, and we are committed to helping our clients communicate effectively with diverse audiences,” said Horler. “As part of Dentsu Aegis, Gravity’s award-winning multicultural capabilities will augment our service offering for clients and better position the group in this growing market,” he added.

“We will continue to provide greater ROI to our clients by building upon our culture-centric approach, especially as the multicultural population in the US continues to grow,” said Boykiv. “We know that we have found the right partner to help us in our next stage of our growth and our collaboration will provide greater resources, talent and reach to our clients and across Dentsu Aegis Network’s impressive line-up of businesses,” he added.

Consumer goods companies Diageo, which owns a wide portfolio of world-famous drinks brands, is conducting a global media agency review. The company spends an estimated US$2.3 billion a year on media. Dentsu Aegis Network’s Carat currently handles the largest portion of the assignment, including the U.S., which it won after a review in 2010. The company’s portfolio includes six big global brands: Johnnie Walker, Smirnoff, Tanqueray, Guinness, Captain Morgan and Bailey’s, as well as other regional brands. Diageo spent US$105 million on measured media in the U.S. last year, according to Kantar Media.

Money transfer leader firm Western Union is conducting a global media agency review of its US$100 Million Media Business. It is still unknown whether incumbent agency Gravity Media will participate in the review. In the U.S., the company spent around US$20 million on measured media, according to Kantar Media, down from nearly US$40 million in 2014. 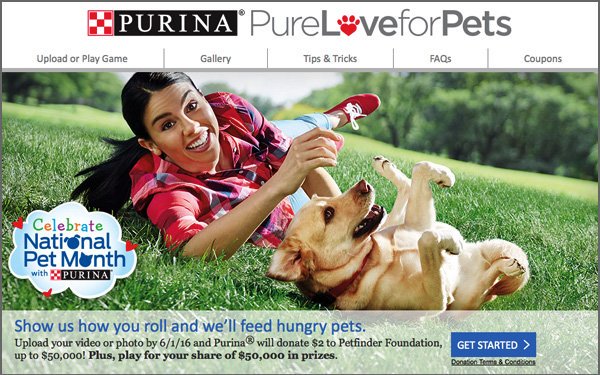 Nestlé Purina PetCare Company is teaming up with former pro quarterback and current football analyst Brady Quinn and his wife, Olympic gymnast, Alicia Sacramone Quinn to celebrate National Pet Month by asking people to Roll Over Hunger and help feed shelter pets during the month of May. Pet lovers everywhere can participate in the Roll Over Hunger challenge by uploading a photo or video of themselves or their pets rolling over to www.RollOverHunger.com, and sharing their photos and videos on social media using #RollOverHunger. For every photo or video uploaded to the website during the month of May, Purina will donate US$2 to the Petfinder Foundation, up to US$50,000, to feed shelter pets in need. The Quinn’s will host a Twitter chat on Tuesday, May 3 at 3:30 PM ET to share more about the campaign. Pet lovers on Twitter can participate in the conversation and learn more about how to get involved by following #RollOverHunger. Consumers can visit www.RollOverHunger.com to learn more about the initiative and receive a US$10.00 Purina coupon through an instant win game. 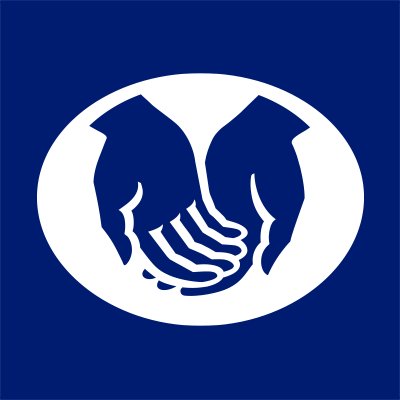 Allstate Insurance Co. is refreshing its tagline after more than 60 years with its new campaign: “It’s good to be IN Good Hands.” The change aims to modernize the 85-year-old brand for young consumers. The effort will include a series of TV spots featuring celebrities including Tim Gunn, Adam Devine and Leslie Jones, all of whom are popular within millennials.The campaign includes four 30-second spots. Leo Burnett worked on the campaign.The ads will run through the remainder of the year. Allstate, which services more than 16 million households and has total assets of US$104.7 billion, plans to support the campaign with social media, digital video and display and streaming radio.

Azteca America, which announced at its Upfront last month that it would be incorporating Real-Time Participatory Media (RPM) into its programming, has signed its first sponsor for the service. Western Union, a leader in global payments services, has kicked off a two-week promotion — tied to Mother’s Day — that showcases Azteca’s capability to deliver high-level engagement between viewers and shows. Western Union is sponsoring RPM activities during “Escape Perfecto,” which airs during Azteca America’s popular 7 PM family game show hour, “La Hora Ganadora.” Starting May 4th, viewers were invited to participate in “Celebrando a Mama,” and answered Mother’s Day-themed trivia where they were asked: “What was the best gift you gave your mother?” Western Union’s sponsorship includes a branded quiz capsule, Western Union logo placement and a 30-second Western Union TV spot. 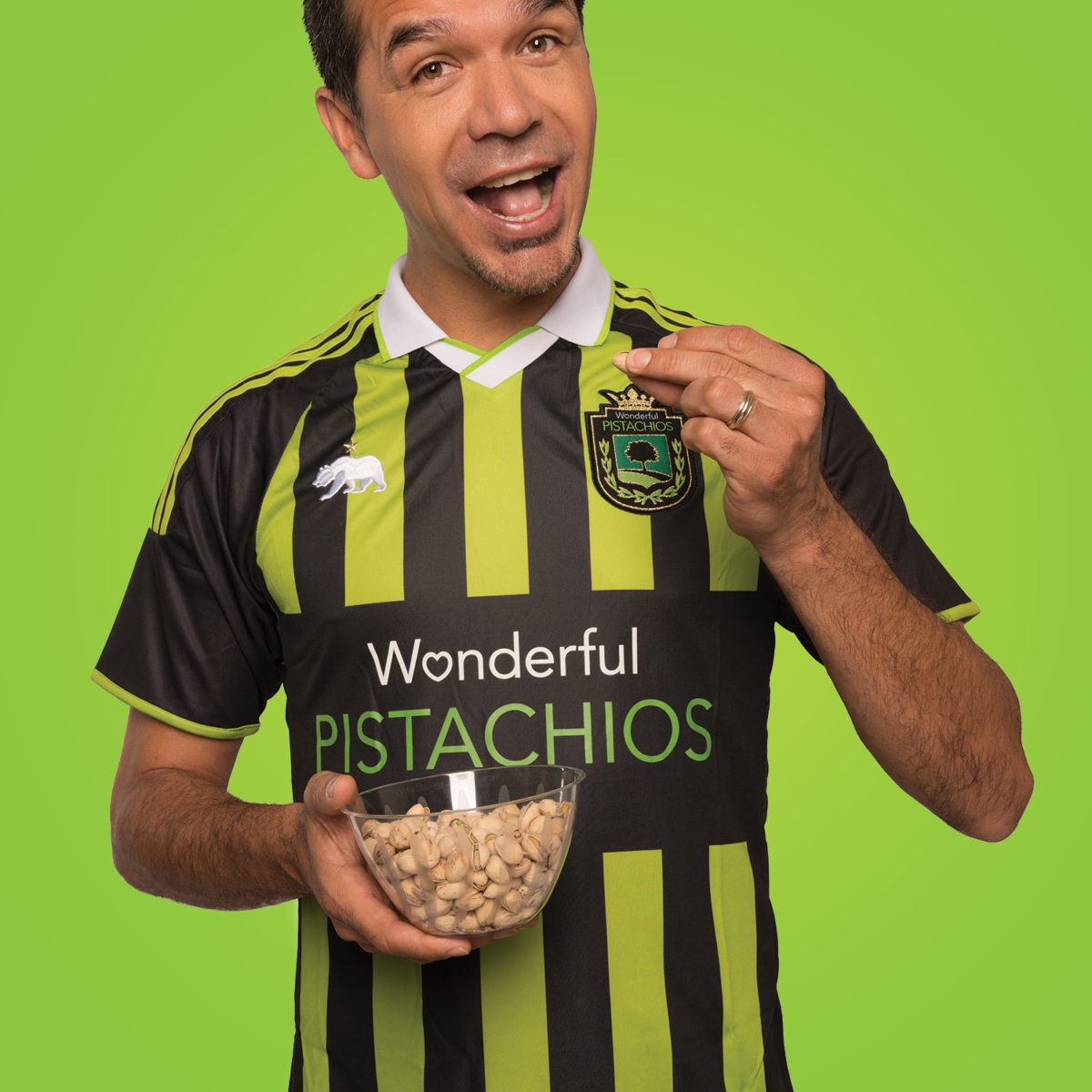 Wonderful Pistachios announced that Jared Borgetti, soccer player and goal scorer for the Mexican National Team, will serve as the brand’s ambassador for a series of activations in celebration of this summer’s international soccer tournament taking place across the U.S. Borgetti will help build and foster awareness of Wonderful Pistachios as the game day snack among passionate soccer fans, and promote smart snacking during sporting events and active living among U.S. Hispanics. Borgetti will participate in a series of events hosted by Wonderful Pistachios during the most important soccer tournament of Latin America played this summer. During each activation, Jared will sign autographs, interact with fans, present donations to local junior soccer leagues and offer media interviews. Additionally, attendees will have the opportunity to win premium giveaways. The first event will take place in Houston on May 19, followed by San Antonio on May 20 and Los Angeles on June 3. Social media users will also have the opportunity to join in the excitement by following exclusive content produced by soccer enthusiast and social media influencer Jorge Perez known as “Soccer Machine” and following the hashtag.