What: MiLB has announced its 2018 campaign aimed to reach US Hispanic communities, “La copa de la diversión.”
Why it matters: After the great success of last year’s campaign, MiLB will launch a new series of events that will create culturally-relevant experiences and embrace local Latino communities. 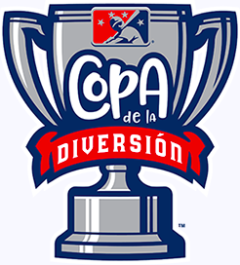 Minor League Baseball (MiLB) has announced the launch of “Copa de la diversión” (“Fun Cup”), a series of events designed to embrace the culture and values that resonate most with participating teams’ local U.S. Hispanic/Latino communities.

The 160-game event series will begin on April 8, in Round Rock, Texas. To build awareness and create excitement for the new national series, a 3-foot tall “Copa de la Diversión” trophy will embark on a tour of the participating cities, as part of a “Gira de la Copa” (“Cup Tour”). 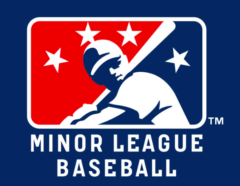 To visually celebrate the diversity that defines MiLB communities nationwide, MiLB and each participating team will create culturally-relevant on-field personas that honor the local U.S. Hispanic/Latino communities. The “Copa de la Diversión” team identities will be unveiled on March 20.

After the conclusion of the season, each participating team will auction its “Copa de la Diversión”-branded game-used caps and jerseys and donate the proceeds to a U.S. Hispanic/Latino-focused organization in its community.

“Minor League Baseball is built on the fun, memory-making experiences created by our teams each and every day,” said Kurt Hunzeker, Minor League Baseball’s Vice President of Marketing Strategy and Research. “When we introduced ‘It’s Fun to Be a Fan’ and ‘Es Divertido Ser Un Fan’ last season, the overwhelmingly positive response led us to create this season-long event series, further showcasing our teams’ commitment to their communities and MiLB’s unique brand of fun.”

To find out which teams will be participating in the 2018 campaigns, see the official MiLB press release.