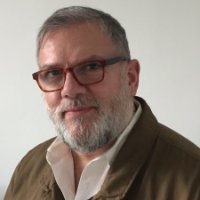 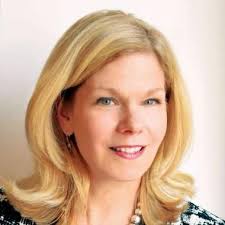 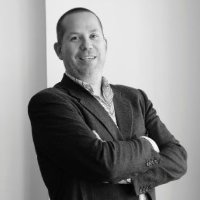 AP&P Solutions, a provider of integrated Digital and Traditional Media Solutions, announced the appointment of Mike Cano as President. In his new role, Cano will lead the company including its Out-of-Home/In-Store Digital TV Network, Print, Online, Mobile and Events.

“Fusion Live,” the nightly 8 pm newscast anchored by Mariana Atencio and Pedro Andrade, has been cancelled. The show’s cancellation means there will be some layoffs and staff reorganization.Javier Guzmán, the show’s Executive Producer, is leaving the network, while the anchors Mariana and Pedro will be moved to other show units.Javier Guzman has been a dedicated champion of Fusion over the past year and a half.

Sizmek Inc. has appointed Liz Ritzcovan as Global CRO. Ritzcovan joins Sizmek from Parade Media Group, part of Advance Publications /Conde Nast, where she served as CRO overseeing sales, marketing & creative teams. Liz brings a wealth of global sales management and media experience to Sizmek.Prior to Parade Media Group, Ritzcovan served as the VP Strategy &Marketing Solutions at Yahoo. Before Yahoo!, she served as VP Corporate Sales, Digital at Time Inc. Ritzcovan will join the company as of December 16, 2014. She will be based out of New York, Sizmek’s center of operations, reporting directly to Sizmek’s CEO and President, Neil Nguyen.

Lapiz, a Chicago-based advertising agency, has promoted Lizette Morazzani to creative director.Morazzani has 12 years of experience in copywriting and has been part of Lapiz for the past two years. As creative director, she will oversee creative for client brands including Purina, WhiteWave Silk and RE/MAX. Morazzani will report directly to Lapiz Executive Creative Director Fabio Seidl.Prior to Lapiz, Morazzani built her career at JWT San Juan where she was an Associate Creative Director. She is originally from San Juan, Puerto Rico.

The Hispanic Public Relations Association’s New York Chapter has announced the 2015 Executive Board elected by its members:

Federico Mejer, partner at CommongroundMGS, and Veronica Potes, manager of network partners and client solutions at E!, will fill the Vice President roles.

Maria J. Ramirez, director at FORMULATIN will make her board debut as Secretary.

Johnson & Johnson has appointed former Procter & Gamble president Jorge Mesquita as the worldwide chairman of its consumer companies to be effective December 15. He will oversee brands such as Neutrogena, Clean & Clear, Listerine, Sudafed and Benadryl.Mesquita joined P&G in 1984 leading major units in the Home Care, Fabric Care and Pet Categories. He became the group president for new business creation and innovation in 2012.In his new role at Johnson & Johnson, Mesquita will lead the consumer group operating committee and will serve on the company’s management committee.He will report to Sandi Peterson, the worldwide chair, and replace Lynn Pendergrass, who left the company back in May.Neil Stewart, Maxus Global’s chief client officer, is leaving the company in January to take on a new role at Facebook.After six years at Maxus, first as chief executive of Asia Pacific and since September last year, as global chief client officer, Peterson will join Facebook as head of agency in the APAC region.There are currently no plans to directly replace the global chief client officer role at Maxus.

Media sales veteran Rosy Marin will depart her post as Chief Revenue Officer at Pulpo Media, ten months after assuming the post.Previously, she held sales post at NBC Universal / Telemundo and Univision Communications. Her future plans are unconfirmed at this time.