What: The Federal Communications Commission (FCC) has decided that it will allow foreign investors to own equity in Univision beyond the mandated 25% cap on foreign ownership in U.S. radio and television companies, Radio and Television Business Report reveals. Foreign investors will now be able to own up to 49% of Univision’s stock and voting rights.
Why it matters: The FCC announcement opens the way for Televisa, a major Mexican media company, to increase its stake in Univision to 40% from its current 22% ownership. Televisa will do so by converting the Univision debt it owns into stock.  As a result, Univision’s sizable debt load will be reduced and it should be able to put more resources to strengthen its programming, which lately had lost ground against competitor Telemundo.

In July 2016  Univision requested the Federal Communications Commission (FCC) permission to increase Televisa’s stake in Univision from 10% to 40%.
The FCC now has granted permission to increase that stake to 40%. (Although it is not clear whether Televisa already holds a 22% stake as a result of a MOU with Univision announced on July 2, 2015.  At the time, Televisa said it planned to increase its stake in Univision to 22% and swap US $1.125 billion of Univision debt it held to equity shares.) In any case, with the new FCC ruling Televisa will be able to increase its stake to 40%, exchanging debt for equity, and Univision’s US $9.3 billion debt load (31.12.215) will be substantially reduced.

Several Hispanic organizations including the National Hispanic Media Coalition (NHMC) have written over the past months to the FCC (check filing August 29, 2016) favoring the increase of Televisa’s stake in Univision to 40%. Alex Nogales president of NHMC wrote that the “NHMC supports the Petition because of the potential it presents for American Latinos to tell their stories to the nation, in English and in Spanish. Univision has stated that Televisa’s past investments in Univision have resulted in the hiring of more American Latinos,and have resulted in an increase in its U.S.-based content production. NHMC is encouraged that Univision will utilize the capital infusion to further bolster its Spanish-and English-language programming in the United States and further grow its diverse talent pool.”

CHECK OUT: 6 Ways the FCC ruling will impact Univision and Hispanic Marketing

According to research by Nielsen, 32% of global respondents (and 22% of respondents in the U.S. and Canada) plan to cancel traditional TV subscriptions for online services. The survey involved 30,000 people in 61 countries.

And another Nielsen survey found that 66% of global respondents were seeing ads on their VOD content for products they do not want. 62% say they believe the ads are distracting, and 65% said they wish they could block all ads altogether. But 68% said they were ok with ads, as long as they kept the content free.

A study by Ooyala’s Global Video Index revealed that total mobile plays have grown 35% in the past year, and 170% since 2013. The study also found that mobile and tablets account for 26% of all online viewing in the world, up from 24% in 2014. And with the increasing popularity of OTT content, these numbers should continue to rise.

Sony has launched its PlayStation Vue streaming service in the United States after testing it for a year.

Verizon Digital Media Services has acquired video company Volicon in part of its effort to improve its OTT video services. Volicon has set itself apart for its specialization in video capture, archival, compliance monitoring and clip creation workflow for broadcasters.

The BBC and ITV are supposedly discussing a joint OTT video service venture. The BBC currently offers online transmission, but this move would take their video efforts to the next level. 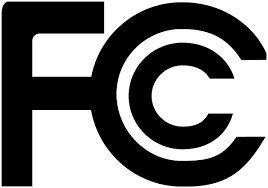 The Federal Communications Commission has voiced approval for the $55 billion Charter acquisition of Time Warner Cable, but will likely require conditions that involve efforts to slow down the expansion of online video. Charter promised to follow net neutrality rules for at least three years, and that it will not charge content companies to connect to Charter’s servers.

New stats from Colombia’s Comisión de Regulación de Comunicaciones (CRC) show that less than three in 100 Colombians use the Internet as their primary video viewing platform. But of those that do consume online video, 76% use YouTube, 14.3% use social media and 9.7% use VOD platforms. Strangely, this data contrasts with the latest report from Ericsson, which claimed that a third of Colombians were using VOD services for TV viewing and that the country is leading in Latin American mobile video penetration.
Market research firm GfK found that Latin American media 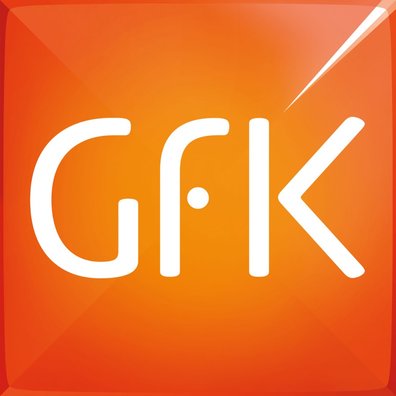 consumption on cell phones and tablets is more widespread than that of desktop computers, and that it will soon catch up to TV. The study also found that viewers in the region tend to watch an average of around 20 hours of TV per week and 17 hours of content on mobile and tablets. ESPN had commissioned the study to look at trends in media consumption in Latin America.
2btube, a platform for YouTube creators, is opening Latin American operations. The company tapped Hugo Tapia to serve as country manager in Mexico, where the company will open an office. Tapia will be in charge of producing original content, optimizing revenue streams for the region’s audiences and discovering new creators.
New trends in online video monetization, measurement, engagement and many more aspects of the emerging OTT market will be explored at the Latin Online Video Forum during PortadaLat in Miami on June 8-9, 2016. Get your tickets at early bird price now!