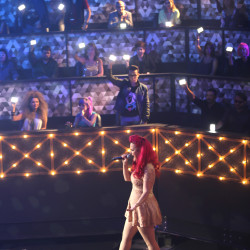 It’s not enough to simply tweet to get fans excited about watching the next series episode or tune into live coverage of an event. Today’s social campaigns are entertainment events in themselves that can go on to gain earned media of their own and even be media properties in their own right.

Yo Soy el Artista airs simultaneously in the U.S. on Telemundo and throughout Latin America on the cable networks E! and Telemundo Internacional.

In addition to bringing the 100 social media mavens to Los Angeles for the auditions, Telemundo held a social media summit for them, Yo Soy el Influencer, in which they could network but also learn about aspects of media and business including intellectual property issues and marketing. 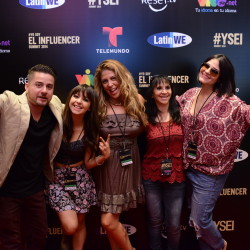 All these social influencers have created their brands out of nothing.

“The show required that we had 100 social influencers physically on the set. They are really powerful at the top of their game, so we realized we need to give them something of value more than just coming to the show. All of them have created their brands out of nothing,” says Peter Blacker, executive vice president of digital and emerging business, Telemundo. ” “[We decided to] create a summit so they could meet each other.”

The content recorded during the taping will, of course, air as part of the show. But Telemundo hopes that the 100 influencers also will fire up social media with more content, ideally by using the #YoSoyelInfluencer hashtag.

“There’s a completely blurred line of where the TV show begins and ends and the social influencers,” Blacker notes. “Because the influencer isn’t’ saying, ‘I love this show.’ They’re saying, ‘I’m in this show, come to see me.'”

The influencer isn’t’ saying, ‘I love this show.’ They’re saying, ‘I’m in this show, come to see me.

In addition to the influencers’ appearances on Yo Soy el Artista itself, Telemundo scattered their appearances all over its TV content. The morning and afternoon shows interviewed them, and they showed up in news segments, as well. 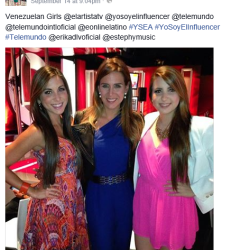 “We didn’t give them a specific guide and say, ‘You have to do this.’ We said, ‘Go do what you do best.'” Viners could Vine, bloggers could blog, etc. Nor were there any demands as to how much content the influencers had to produce. “They really appreciated that, and it made it 10 times more powerful,” Blacker says.

Telemundo will use various social listening tools to track the show’s appearances in social media, with the aim of eventually creating a report. Blacker sees the connection with these social media influencers as long-term. He says, “They understood this is establishing a relationship that will live way beyond the show.” 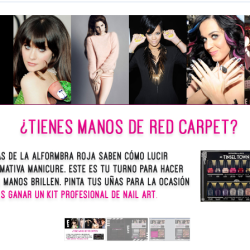 Another case in point is E! Entertainment’s Mani Cam, a special camera setup along the red carpet during awards ceremonies that provides close-ups of stars’ manicures. When it launched in 2012, the Washington Post’s Celebritology blog enthused, “E! revolutionizes Emmy Awards red carpet coverage with mani cam.” The Mani Cam continues to draw coverage from major news organizations, and it continues to live on E Online.

To complement the live Mani-Cam feature for E Online Latino, InPulse Digital created a Facebook app that let fans upload photos of their own manicures. It was promoted to viewers in Argentina, Venezuela, Colombia, Mexico, and Peru with geo-targeted Facebook ads.

“What we do a lot with TV content is create something parallel to what’s offline,” says Elisabeth Bohlmann, InPulse Digital’s EVP of client services.

Fans could submit photos via Instagram using the hashtag #manicam. The application automatically identified and uploaded photos immediately to the Facebook app. The app has been relaunched for multiple events, including the Grammys and the Academy Awards. For the 2013 Golden Globes, for example, the four-day marketing campaign included posts, ads, photo albums, and the tab itself. The campaign garnered 8,000 new page fans, 38, 200 clicks on the app tab, and 206,000 actions from ads.

InPulse manages all social media for E Online Latino, so the agency can use multiple social media channels to engage with fans. InPulse can’t directly correlate social media activity with increased viewing of TV shows, but the agency does monitor “tune in” type social media chatter. Bohlmann says, “When we see the interaction rising, we know we have more people watching. It’s not a direct correlation, but gives us a sense of what’s working.”