Coca-Cola’s marketer for the Asia Pacific (APAC) region, Peter Schelstraete has been appointed to a new global post.In the new position, it is believed he will oversee Coke’s marketing activation of its Olympics and FIFA sponsorships. It is not yet known who will replace him in the APAC role.Former Beiersdorf marketer Schelstraete first joined Coke in 1997 as group brand manager for Belgium. He has since held a number of regional roles, including division core brand manager for North and West Africa, and marketing director to South-East and West Asia.Prior to taking up his current position, Schelstraete operated as franchise and commercial director for Coca-Cola Philippines.

Kraft Foods Group CMO Deanie Elsner is leaving the company at the end of the month as part of a management adjustment made by new CEO John Cahill.Jane Hilk, executive VP and president for enhancers and snack nuts, will serve as interim CMO while the company launches a search for a permanent replacement. The change comes after Mr. Cahill was named CEO in late December, replacing Tony Vernon. The new CMO will report to George Zoghbi. He had been vice chairman for operations, R&D, sales and strategy but was named chief operating officer as part of Thursday’s moves.

Chris Kempczinski, who currently leads Kraft’s Canada business unit, will take on an additional role as executive VP of growth initiatives and president of international.

Kraft also announced that Chief Financial Officer Teri List-Stoll would be departing at the end of the month.

Marisa Cavero has joined media agency MindShare Peru to take over as Head of Trading. 15 years ago, the executive worked for this agency as Director of Planning and Customer service. Cavero has over 20 years of professional experience in marketing, research, customer service, advertising and media. She has served as CEO of OMD and CEO of Universal McCann. In this new role, she will be responsible for negotiations for MindShare clients.

Lowe has announced the appointment of a new Chief Creative Director to his Peruvian office. This is Miguel Castro, who has over ten years of professional experience in theindustry, working in agencies like Concept Café Advertising, AKQA, DDB, Wunderman, Phantasia, Tribal 121 and Liquid. 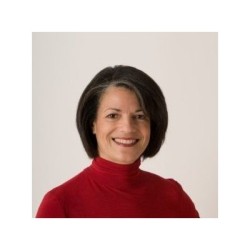 Beatriz Mallory has a new job.She will be the new Vice President, Strategic Planning at Sensis. 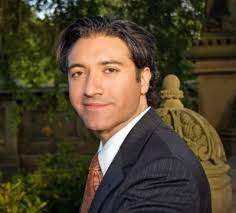 Ello, the ad-free social network, has announced the hire of former MAMIVERSE CEO Rene Alegria to spearhead all company marketing efforts as CMO. Named as one of the Top 100 Most Influential Latinos by Hispanic Magazine among other honors.Prior to Ello, Rene founded and served as CEO for MAMIVERSE.com, a digital community devoted to entertaining, informing and empowering Hispanics across the U.S.A. Alegria will remain Executive Chairman of the board for MAMIVERSE.This appointment comes on the heels of Ello’s declaration as a Public Benefit Corporation, which makes it legally impossible under US law for investors to require Ello to ever show ads, sell user data, or sell the company to any buyer who would violate any of the listed conditions.The social network allows people to use real or anonymous identities while, at the same time, protecting users by requiring them to follow commonsense rules of conduct. 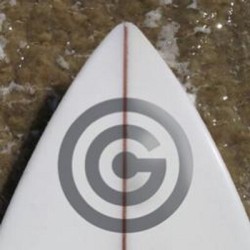 Sharon joins Grupo Gallegos after a 15-year career in Europe. Most recently, she spent time at Tribal DDB Amsterdam, where she played a key role on the team that won the Heineken global digital business.Prior to Tribal DDB, Sharon worked on range of local and international clients at DDB, including Philips and KLM Royal Dutch Airlines. Sharon also spent four years at Villar-Rosàs in Barcelona, where she worked on projects for Nike and Dewar’s, among other brands.

Franz began his 20+ year career in Mexico, gaining experience at top international agencies, such as Leo Burnett, JWT, and Ogilvy & Mather, before continuing his career in the U.S. at both Hispanic and General Market agencies. His diverse portfolio includes brands such as Budweiser, Verizon, ESPN, Jaguar, P&G, and Subway, among others. 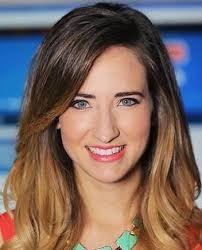 Telemundo Denver / KDEN has announced that Pamela Padilla has been named Multimedia Journalist for Noticiero Telemundo Denver at 4:30 PM and 10 PM. Padilla joins news anchor Guillermo Martínez, sports anchor Carlos Rausseo, weather anchor Javier Castro and an enterprising news team to deliver local news and up-to-the-minute information affecting Spanish-language viewers throughout Denver and the state of Colorado.Padilla joins Telemundo Denver from Telemundo 39 Dallas-Fort Worth / KXTX, where she served as a web editor from 2013 to 2015. Prior to this, Padilla worked at Univision 33 Phoenix / KTVW from 2012 to 2013. She holds a bachelor’s degree in Journalism from the Walter Cronkite School of Journalism and Mass Communication at the University of Arizona. 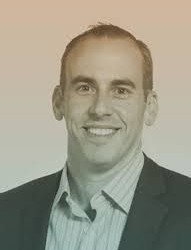 República, a cross-cultural advertising, digital and communications agencies, has announced the appointment of Tony Arner, CPA, to the post of chief financial officer. Arner is a proven leader with more than 15 years experience in finance and operations, working for Fortune 500 companies, privately-held organizations, and in public accounting.Prior to República, Arner was with The J.M. Smucker Company where he was corporate controller for its espresso coffee (Rowland Coffee Roasters, Inc.) operations, including flagship brands Café Bustelo, Café Pilon and Medaglia D’Oro.Before The J.M. Smucker Company, Arner served as a manager in audit services for Fortune 500 company AutoNation, America’s largest automotive retailer. Earlier in his career, he was an auditor at public accounting firm Morrison, Brown, Argiz & Farra, LLP.Arner received both his B.S. in Business Administration with a concentration in Accounting and Management Information Systems and Masters of Accounting from Florida International University.

Bob Raidt has been named Global President at Leo Burnett-owned brand activation agency Arc. Raidt is a 20-year veteran of Leo Burnett, and most recently oversaw the Samsung account.

Deanie Elsner is leaving her post as group chief marketing officer at Kraft Foods at the end of this month. The move is part of a management restructuring of staff under new CEO John Cahill.