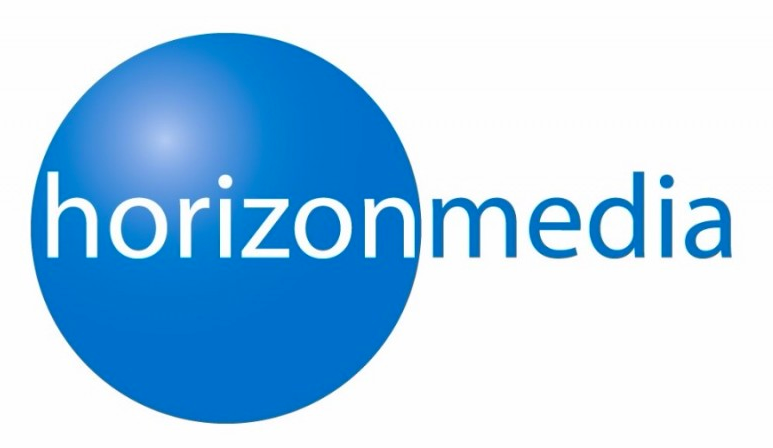 Horizon Media has announced that it has launched Big, a new agency designed to provide big resources to start-ups, e-commerce, and emerging brands. Big will be led by Gene Turner, EVP Chief of Horizon Next, who will now oversee both Horizon Next and Big.Big’s mission is to deliver business outcomes for its clients, which is why it has developed a compensation model based one-hundred percent on driving improved business outcomes. With this simple but ambitious mission, Big aims to position itself as a true business partner for its clients. In launching Big, Horizon understood that only a committed partner could bring an integrated strategy, big thinking, and access to vast resources and marketing technologies that are essential for these ambitious companies to achieve their full growth potential.“With fast, seamless integration, Big is firmly positioned to drive business outcomes over the long term through the optimal balance of data-driven efficiency, and insight-driven content, to create compelling, relevant and rewarding brand stories that drive consumer action and deliver business outcomes,” said Gene Turner, EVP Chief of Horizon Next.

“We believe that our compensation model, one based entirely upon delivering improved business outcomes, represents a true commitment to business partnership and the success of our clients,” said Vincent O’Toole, Horizon EVP Chief Operating Officer and Chief Financial Officer. “It is also a clear signal of the confidence we have in Big’s ability to disrupt the industry and the value it will generate for our clients.”

In 2015, Horizon launched a new media agency, Canvas Worldwide, in a joint venture with INNOCEAN Worldwide. Canvas was launched to service the Hyundai and KIA businesses, but it has added new clients such as Heineken USA, Breville, Annapurna Pictures and Wingstop Restaurants. In 2016, Horizon turned its direct marketing division into a standalone entity, Horizon Next. The launch of Big continues Horizon’s expansion into new markets.

What: Last week, Accenture Interactive launched a programmatic ad buying services unit. It will handle media planning, buying, and management. Consecuently, we talked to agency executives in the U.S. and Latin America to find out their perspective. The interviewees were: Juan Pablo Jurado, Bruno Lambertini, Alberto Pardo, Ana Ramos, John Santiago, and Vilma Vale-Brennan.
Why it matters: Some industry players have argued that Accenture’s move into programmatic ad buying represents a conflict of interest. That’s because Accenture carries out media audits of agencies. 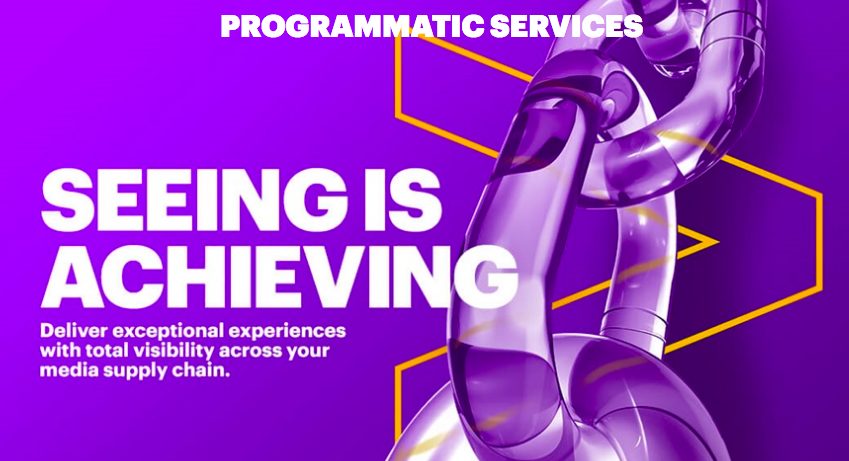 According to Adweek’s interview with Scott Tieman, the global lead for the new Accenture Interactive unit, clients are looking to “in-house” their programmatic ad buying. That’s because they’re looking to take back control of their media capabilities. As a result, instead of managing an agency, the company is now deep in the world of media planning, activation, measurement, and optimization. These are territories it hadn’t worked in before.

For some agencies, this move is “a clear conflict of interest.” That’s because Accenture’s Media Management arm carries out media audits of agencies and runs pitches. Stephen Allan, global chief executive of MediaCom, called Accenture’s dual roles “troubling”, according to Campaign Live. 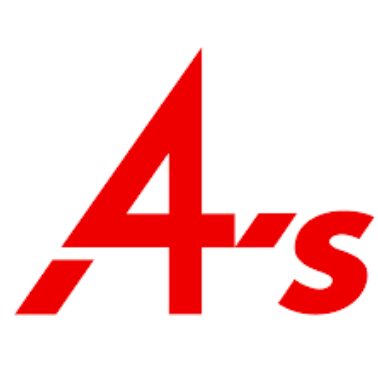 Accenture Defends Its Move Amidst Doubt

Accenture has insisted that it can avoid any conflict of interest and that it “would not provide auditing and programmatic services to the same client.” But the American Association of Advertising Agencies has said it will invite all agencies to take some time to reconsider participating in any review Accenture is conducting, and to really think if they will allow Accenture to audit their media. We talked to members of Portada’s Council of the Americas and Agency Star Committee. We also spoke with other guest interviewees to find out more about their perspective. As Ana Ramos, Publicis Media’s Marketing Director in Mexico points out, “big consultancy firms are moving into the media agency space is a sign of the strategic importance that advertising plays in business.” She said it’s crucial that we know where we’re standing as the industry moves.

At the Face of Change, the Winner Is the One that Moves Faster

The business of advertising is changing at an unprecedented pace. As Bruno Lambertini, founder and CEO of Circus Marketing told Portada in a previous interview, we don’t even know where technology is taking us. According to him, the only way to successfully respond to these changes is to adapt. “The faster the structure and the more adapting speed you have, the better chance you’ll have to generate value in this new industry.”

They think they can get involved, but it’s complicated to start moving in the programmatic business. I don’t think they’ll be satisfied at all.

For Vilma Vale-Brennan, General Manager of Vale Network, organizations will have to face the future with creativity. As she points out, “the entrance of Accenture and other consultancy firms like PwC, IBM and Deloitte bring a new dynamic to the always evolving advertising world.” Brennan says she can imagine their programmatic ad buying data and capabilities providing value to clients, “but lets not forget that advertising is not only data and placing media efficiently. With the advent of ad blocking, skipping, and the decline of TV ratings, advertisers need to go beyond TV ads and paid social to reach consumers.” 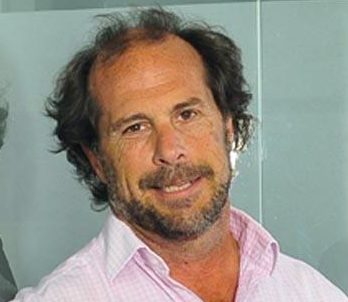 However, some agencies believe Accenture might not be ready for this new move.  Juan Pablo Jurado, CEO of Wunderman, Latam, believes that Accenture might be biting more than it can chew. “Accenture doesn’t have clear what it’s getting into,” he says. “The communication business is changing and it’s starting to mix with consulting, so that’s why they think they can get involved. But it’s complicated to start moving in the programmatic business. I don’t think they’ll be satisfied at all.”

When the Future Arrives, It’s Best to Bid it Welcome 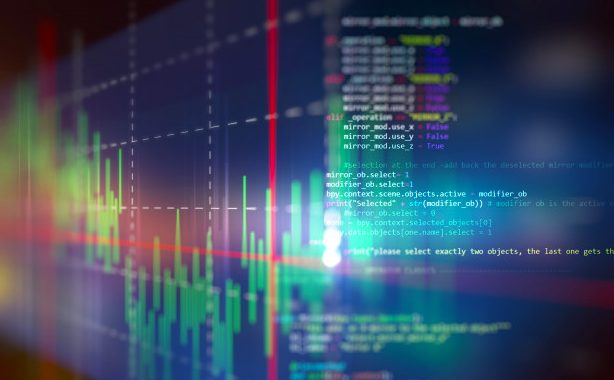 “The same applies to programmatic: it’s one of the most transformative digital disciplines,” comments Publicis’ Ana Ramos. “A good approach to programmatic not only generates good communication results for advertisers. But it’s an unparalleled source of insights to optimize other media or even creative messaging and product.”

Networks could not move as quickly as technology and data demanded it, losing their strategic role and leaving room for new players like consultancies, independent agencies, and media themselves.

“In this new era of communication, there’s a complete reshaping of the value chain structure taking place,” asserts Bruno Lambertini. “Networks could not move as quickly as technology and data demanded it, losing their strategic role. That leaves room for new players like consultancies, independent agencies, and media themselves.”

“Programmatic is the first step towards machine learning and artificial intelligence. In this sense, Accenture’s making a great move which can pave the path to the world of future media centres,” adds Lambertini.

Accenture Shouldn’t Overlook Challenges Ahead; Neither Should Industries

One of the first challenges that agencies will face is the direct competition with consultancies and in-house teams. “Here there is an important transformation of the traditional media business,” comments Alberto Pardo, Founder & CEO of Adsmovil. “Where previously it was focused only on the agencies and now the agencies, in a certain way, are competing with the consultant’s companies and also with the in-house teams.”

Another challenge is the need for sensitivity and experience in the business. Add to that the ability for agencies to adapt. “Advertising still has an art to it and the creation of the right experience and messaging to the right audience is an expertise mastered by advertising agencies,” says Vilma Vale-Brennan. “The issue at hand is how fast agencies can implement their data and analytics models versus consultancies acquiring creative shops and integrating them into their ways of working.”

For Bruno Lambertini, Accenture still lacks the sensitivity of knowing how to build a brand from scratch. “Accenture is getting into the agency business, but agencies are getting into Accenture’s business. In this sense, the one who adopts the other’s capabilities first will be the winner.”

The 4A’s have a right to be concerned. Accenture should consider a firewall for clients who they are contractually doing auditing services for.

The main concern for agencies is that Accenture could now use sensitive information in its programmatic ad buying for purposes that could pose a conflict of interest, as the 4A’s have affirmed. “It’s concerning when a company that has had, for years, access to sensitive advertising agency information in their role as advisor to brands, evolves to include themselves in the role of competitor and begin to offer those very same services,” points out John Santiago, CEO of M8.

“Since Accenture’s clients are asking them to assist with their programmatic media spend while providing an existing range of digital marketing services, I think it’s a natural progression for their business,” adds Alberto Pardo. “I do believe however that the 4A’s have a right to be concerned. Accenture should consider a firewall for clients who they are contractually doing auditing services for.”

Accenture Programmatic Ad Buying: What Should We Expect? 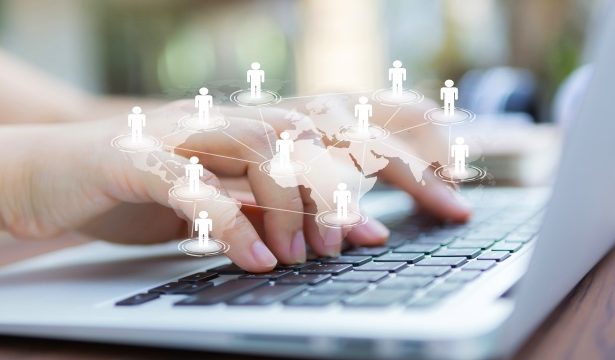 As our experts say, this move could be a good thing. As the industry evolves, new players could carve a path to a future. That future teaches us how to reach objectives in different ways. Vilma Vale-Brennan says, “At the end, advertisers will end up with a better solution to reach consumers and drive stagnant sales for most categories.” It has to do with a way of looking at things. Accenture could help agencies rethink priorities and reevaluate their own organization. “Accenture is welcome in Latam. It can help us add to the solutions agencies have in order to give more value to our clients,” adds Bruno Lambertini.

As it happened with many executives, Alberto Pardo isn’t surprised by Accenture’s move. “Accenture has a different relationship with customers than an agency does. So historically, they have done more focused on business strategy and in many cases have relationships with several people inside on the companies,” he said. “On the advertising side, they started doing consulting work for clients and the next step was naturally to get into the interesting world of the advertising and media business.” This means other consulting agencies could take a similar step.

Is it unfair for them to have had the proverbial ‘look under the hood’ of many agencies? Yes. Will it push agencies, who have the talent and creativity under their roofs, to deliver more value to brands? Also, Yes. 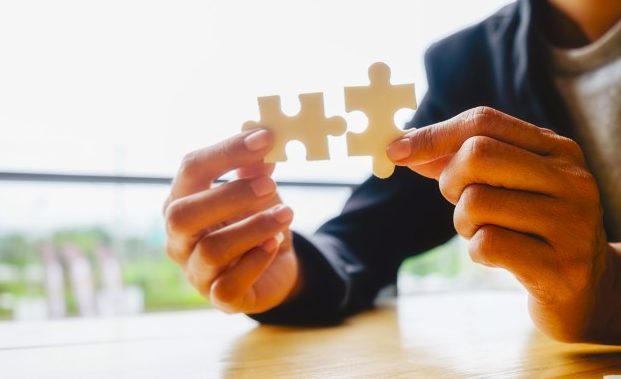 “The competition is healthy and welcomed. Is it unfair for them to have had the proverbial ‘look under the hood’ of many agencies? Yes. Will it push agencies, who have the talent and creativity under their roofs to deliver more value to brands? Also, yes,” declares John Santiago. “Finally, we are starting to see more and more bespoke agency solutions. And we’re seeing the re-aligning of creativity and media distribution. I think that will help. But the agency business needs to never stop looking for ways to add more value to the brands they serve.  I think there are bigger threats to the traditional agency business model than consultancies like Accenture.”