What: Combate Americas continues its ascent in the mixed martial arts world with new deals, programming increased audience.
Why it matters: The Latino MMA franchise and media company has mixed reality TV programming, live events and mobile content to find bigger numbers in the second half of 2018 than ever before. 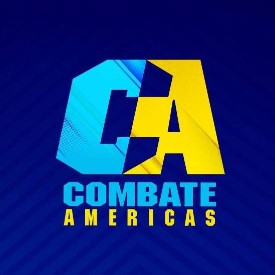 The fighting space has never seen more engagement, or more buzz, than in the past year. From traditional networks like FOX (@FOXTV) and NBC (@nbc) upping their interest with promotions like Pro Fight League (@ProFightLeague), to ESPN’s UFC (@ufc) partnership to the continued work Bellator (@BellatorMMA) is doing with Paramount Network (@paramountnet) (and now DAZN) to streaming and pay per view, those getting in the ring and the cage are certainly finding new and engaged audiences.

One that continues to fight through the choices, especially with a Latino audience, is Combate Americas (@combateamericas). The Latino MMA franchise and media company has mixed reality TV programming, live events and mobile content to find bigger numbers in the second half of 2018 than ever before.

On our platform, you have the opportunity to see some of the sport’s best, new athletes proudly representing their respective countries against each other.

Case in point was their recent Copa Combate show, which averaged 451,000 total viewers on Univision (@Univision) and Univision Deportes Network (@UnivisionSports) at 12 am ET on Friday, December 7.  Viewership was up over 60 percent from last year’s Copa Combate viewership of 280,000 on Telemundo in the same time slot and beat Telemundo’s boxing program on the same night, in the same time slot (start time was 11:35 pm ET) by over 50,000 viewers.

When comparing these figures to general market sports programming ratings in the same time slot on the same night, Copa Combate was second to only ESPN, beating FOX Sports 1, NFL Network and others. Viewership beat that of Bellator 209 on Paramount on Nov. 17 by 70,000 as well, giving Combate a nice leg up and a solid “one to watch” as 2019 rolls around.

How have things been on the upswing? We asked Campbell McLaren, CEO of Combate Americas.

Portada: How has Combate grown audience…what is the difference maker?

Campbell McLaren: Combate Americas uses a soccer model – country versus country, like World Cup and the most classic soccer rivalries – as a major point of difference.  On our platform, you have the opportunity to see some of the sport’s best, new athletes proudly representing their respective countries against each other.

Our “Copa Combate” one-night tournament is essentially our World Cup competition, filled with national pride and excitement, and has been extremely effective attracting superfanaticos to our brand.  We went a step further at this year’s tournament, unveiling a 5-foot tall, gold ‘Copa,’ the largest winner’s trophy in sports.

We also expanded our TV programming dramatically in 2018, with a new, multi-platform deal with Univision that included premium-level shows airing live on both Univision and Univision Deportes Network (UDN), and weekly programming on UDN.

Combate Americas also opened its own multi-media studio, La Jaula Studios, which has been responsible for producing original, digital and linear content geared towards educating our target audience about our brand, live events and athletes and giving a reason for both new fans and avid fans to care about our talent and our shows.

Portada: What brands have migrated to the shows?

Portada: How has Combate found a way to reach the Latino audience and what can be done to grow that audience in 2019?

CM: We have created a product that is authentically Hispanic, and embraces key elements of Hispanic culture, beginning with a country versus country format in our events that is easily recognizable and has long been embraced by fans of soccer, the number one sport with Hispanic fans.

Our live events mix MMA competition with other, popular forms of Hispanic entertainment, including live music, such as mariachi band performances and ROC Nation Mexican recording artist Victoria La Mala (@lamala) singing the U.S. national anthem; our “La Jaula dancers;” and appearances by some of the biggest Lucha Libre stars, all of which enhance the fan experience beyond a typical live sporting event.

The game is filled with stories of legends and how they were born. This is not that story. Watch the NEW trailer for #UncleDrew now and see it in theaters June 29! pic.twitter.com/mMP6KCtQQ9 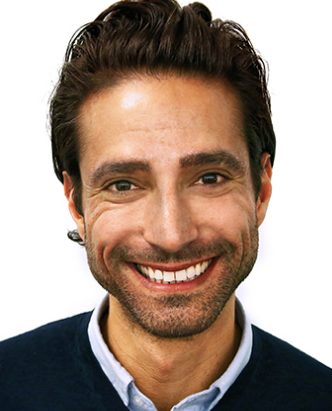 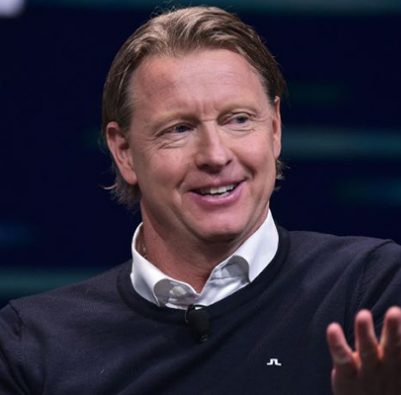 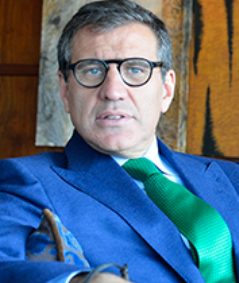 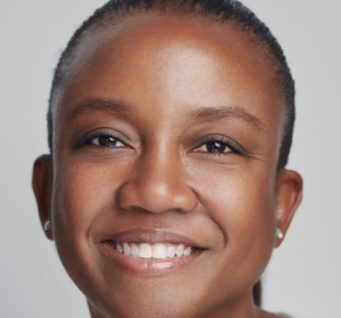 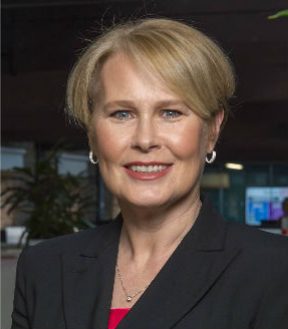 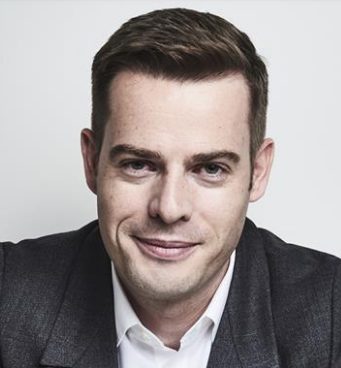 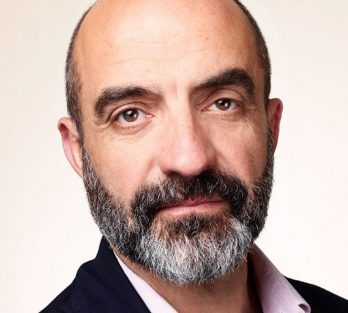 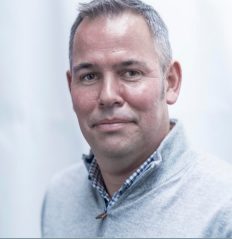 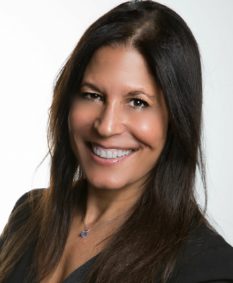 What: Jacqueline Hernandez, formerly of NBCUniversal, has been named President of Combate Americas.
Why it matters: The addition of Hernandez, one of the most prominent Latinas in sports media, is a clear indicator that Combate Americas, targeting the Hispanic fan base, is continuing its rise among MMA promotions.

We’ve chronicled some of the rise of Combate Americas (@combateamericas), which has carved out a solid niche in the mixed martial arts (MMA) world by focusing on the sport’s growing Hispanic base, both in the U.S. and Latin America. This week, Combate took another big step in defining who it is as a company by landing NBCUniversal executive Jacqueline Hernandez (@JSHernandezNYC) as its President.

Hernandez, one of the most prominent Latinas in sports media today, will be based in New York and will work with CEO Campbell McLaren on overseeing Combate Americas’s entire business as the company plans its expansion with the Hispanic fan base at its core.

The addition of Hernandez, a proven leader in the business, is a clear indicator that McLaren is trying to position Combate atop all the non-UFC promotions in the sport.

“Jackie is well-positioned to take Combate Americas into a rapidly changing media landscape,” said McLaren in a statement. “She is the undisputed champion of Hispanic millennials and Gen-Z marketing. Her leadership skills are world-class. It is a true honor to welcome her.”

In addition to her tenure at NBCUniversal, Hernandez has extensive experience at global companies like Telemundo Enterprises, People en Español and Teen People, and most recently was the founder of strategic consulting firm M²Z Group, where she worked with Combate Americas as her first client.

“The intersection of cultures and new identities around the world —including the US— has propelled today’s young generations to be rule breakers, culture benders and trendsetters,” said Hernandez. “I’m excited and honored to join Campbell and the Combate Americas team because we are committed to ensuring new generations see themselves reflected in its fandom. Our audiences and the heroes who bring our franchise to life are the spirit of Combate.”

Combate Americas isn’t the only MMA outfit looking to capitalize on the Hispanic market for the sport. But it’s the one that has taken it the furthest, beginning with an eponymous reality show—similar to The Ultimate Fighter series which helped push the UFC into the mainstream more than a decade ago. The addition of Hernandez, a proven leader in the business, is a clear indicator that McLaren is trying to position Combate atop all the non-UFC promotions in the sport. Last month’s deal between the UFC and ESPN shows that key broadcasters have high interest in MMA programming; Hernandez seems the right fit for growth on that important front.

Combate Americas currently has media agreements with Univision, Azteca 7, ESPN LATAM and Gol, and plans to announce its next round of events soon.

Combate Americas (@combateamericas), which bills itself as the premier Hispanic mixed martial arts franchise, last week announced the ratings for its first two, live 2018 events, which aired on consecutive Fridays, April 13 (Combate Estrellas I) and April 20 (Combate Estrellas II), in the U.S. and Mexico. Showing the early strength of the new brand and growth of the sport in the Latino community in general, Combate CEO Campbell McLaren (@campbellcombate) was pleased with the numbers.

“The amazing growth of our TV ratings confirms we are the hottest MMA promotion in the world,” McLaren said in a statement. Portada featured McLaren and Combate in an exclusive Q&A last month heading into the events.

According to its release, “Combate Estrellas I,” airing on Univision (@Univision) and simulcast on Univision Deportes Network, drew 583,000 viewers, including a strong 296,000 in the 18-49 demo in the U.S., while garnering more than 4,000,000 pairs of eyeballs on Mexican powerhouse broadcaster Azteca 7.

In the Hispanic world, Combate Americas has taken the most focused steps, and advertisers have taken notice.

MMA, which began to find a more mainstream audience in the last decade in the U.S. through UFC and other promotions’ agreements with Fox, CBS, AXS TV and others, continues to be a hit with a Latino community steeped in the boxing world. What was one more of a “Wild West” has trimmed somewhat to a more manageable roster of promoters, each finding a niche in the sport. 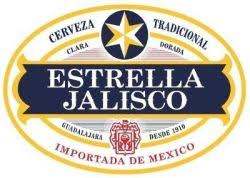 In the Hispanic world, Combate Americas has taken the most focused steps, and advertisers have taken notice. Anheuser-Busch’s Estrella Jalisco (@EstrellaJalisco), Advance Auto Parts (@AdvanceAuto), Double Cross Vodka (@doublecrossvodka), HOT 6 Energy Drink and Battle Boom Gaming were all partners for Combate Estrellas II, with fighters from Mexico, Puerto Rico, Guatemala and Argentina among the athletes competing on the cards.

Combates Estrella III, featuring some of the preliminary bouts not shown in the first two events, aired on UDN this past Friday. The next broadcast is set for May 11, live from Sacramento, in Combate Mexico vs. USA.