Claudia Sandoval, the winner of Master Chef Season 6, is one of the three judges of the Spanish language version of the show. 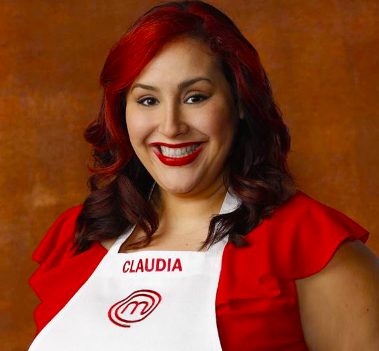 Born and raised in San Diego from a Mexican family, Claudia Sandoval‘s life changed when she won the sixth season of MasterChef in 2015. She published a best-selling cooking book in 2016, titled Claudia’s Cocina: a Taste of Mexico. She describes her culinary style as “a modern take on Mexican coastal cuisine”, and she is one of the three judges of MasterChef Latino, airing on Telemundo for the first time.

“My hope for this season of MasterChef Latino is that we are able to harness the love that goes into Latino cooking and elevate it to the level of MasterChef,” said Sandoval in an interview with Forbes. “Cooking and food are a universal language. Fans of MasterChef can watch this show using closed captioning and can learn about the diversity that is Latino cooking. So I’m excited for people to see Latino food as something more elevated than just tacos, burritos, and enchiladas.”

The two-hour premiere of MasterChef Latino delivered strong ratings for Telemundo, making it the No. 1 Spanish-language program in primetime among all adults 18-34 with more than a million people tuning in on Sunday, January 14 from 8 to 10 p.m., according to Nielsen.

The show is hosted by Mexican actress Aracely Arámbula. The other two judges are chefs Benito Molina and Italian Ennio Carota, who have judged for MasterChef Mexico and MasterChef Chile respectively. 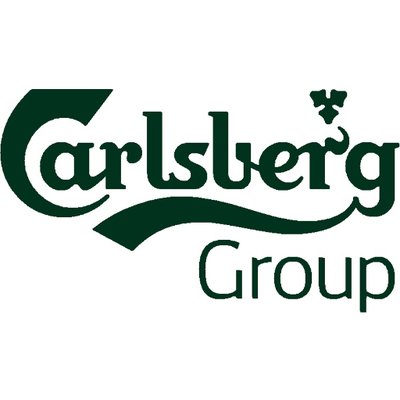 Danish brewery group Carlsberg Group has tapped IPG Mediabrands media shop Initiative to handle its global media planning and buying following a competitive pitch.The brands previously worked with Omnicom-owned OMD. The appointment will be effective January 2018. The account is believed to be more than US$100 million globally. 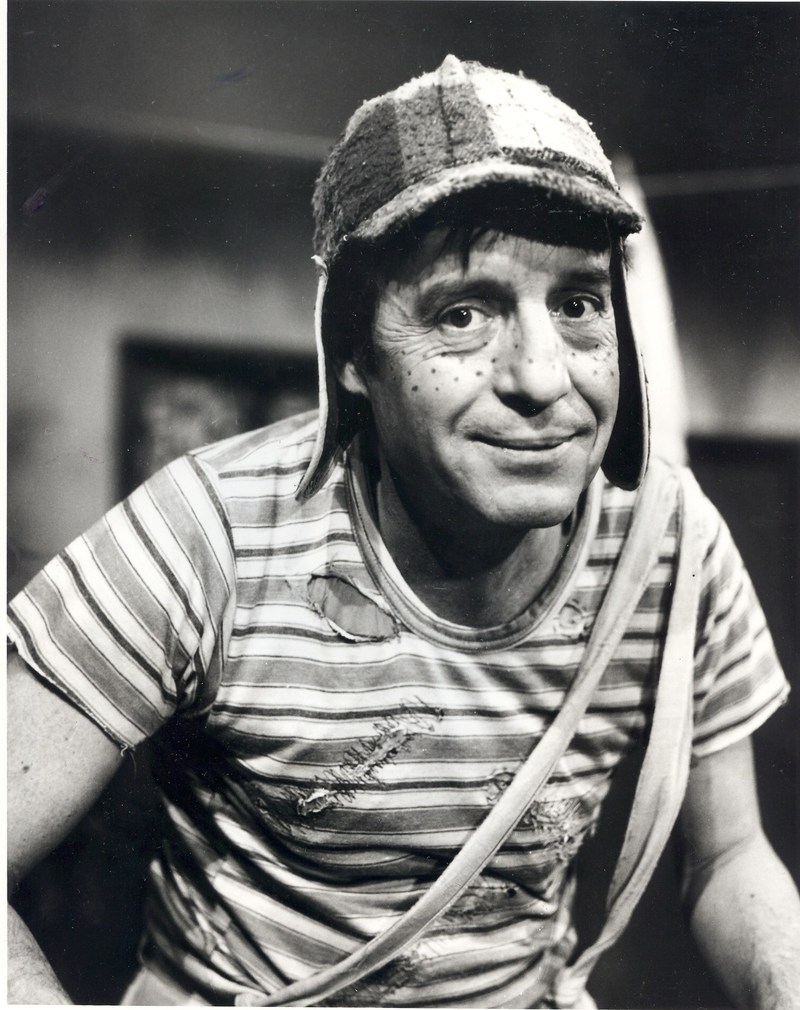 The California Milk Processor Board (CMPB), creators of the iconic got milk? campaign and its Spanish-language counterpart Toma Leche, has teamed up with Grupo Chespirito to host the 1-year anniversary of “El Chavo del Ocho Day” in Los Angeles on Sept. 8. In honor of “El Chavo del Ocho Day,” Toma Leche is celebrating the Latin American tradition of “La Merienda” by hosting free snack + milk pairings at various events throughout the month in each market.The most-watched show on Mexican television, El Chavo was known as a courageous kid in and out of trouble, who entertained generations of fans across Latin America.  Millions of viewers who have embraced the character for his wholesome, pure authenticity and innocence still watch the animated version and reruns in Latin America and on Spanish-language networks in the United States.Toma Leche will host a family-oriented event at Vallarta Supermarket, located at 3425 Whittier Blvd., Los Angeles, on Sept. 8, from 2 p.m.-6 p.m. Planned festivities include La Merienda milk + snack pairings, interactive games, and a large-scale coloring wall of El Chavo for attendees to draw on.

Claudia Sandoval, who won “MasterChef” in 2015, has announced a partnership with Tajín seasoning company. Sandoval will serve as the official chef and recipe creator in the U.S for Tajín International Corporation. As part of the partnership, Chef Claudia will create a series of recipes featuring the leading seasoning brand as one of the principal ingredients. Sandoval will also represent the brand as an ambassador at various food events this year.Last year, she represented Tajín on several media appearances and served as a judge for Tajín’s first ever Culinary Challenge in Houston, Texas.New York based d expósito & Partners is Tajín Hispanic AOR. 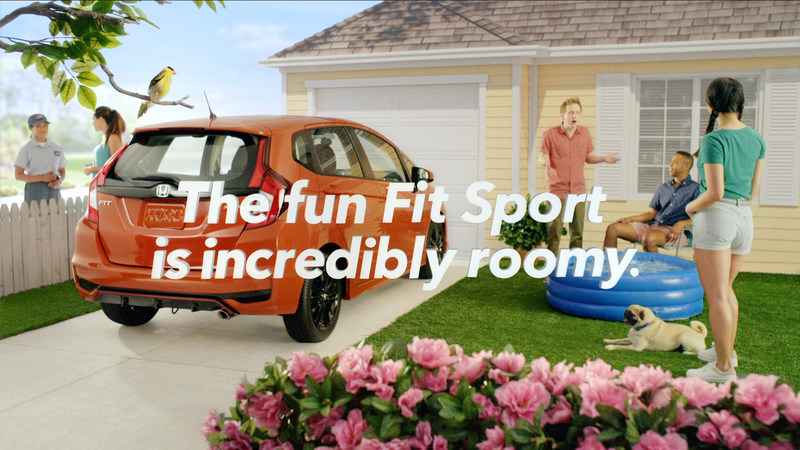 The redesigned 2018 Honda Fit is here and to amplify the Fit’s enhanced fun factor, Honda is debuting a new integrated marketing campaign, titled “Fit for Fun,” focusing on the ‘fun’ attributes of the vehicle. The “Fit for Fun” campaign is the brand’s most robust multicultural, mobile and social-driven campaign to-date. The campaign leads off with a 30-second general market TV spot, “Fun Surprises,”. To extend the Fit campaign to multicultural audiences, Honda is launching a :30 Hispanic TV spot, “Secret Life of Fits”  and a series of “Fituation” spots geared toward reaching African American millennial car buyers .In a new :30 Hispanic spot, “Secret Life of Fits,” Honda shows how the 2018 Fit is a vehicle built for fun. The spot targets a diverse group known for their appetite for adventure and excitement. In addition, coming in late September, in partnership with Latino digital network, mitú, Honda will debut a new online series merging comedy with traffic, and will feature comedians including Lejuan James, Frankie Quinones, Jenny Lorenzo and Jesus Trejo. In the new “Fituation” series of TV spots, co-written and directed by Chris Spencer, Honda is looking to appeal to an African American millennial audience.The “Fituation” series will extend reach within networks and programs including BET, TV One, NFL, and NCAAF. Likewise, the Hispanic “Secret Life of Fits” TV spot will air in Hispanic Primetime, Cable, and Sports programming. To reach Millennial viewers who are cord-cutters or cord-nevers, the campaign leverages premium online platforms and devices, including Hulu, Amazon Fire TV, and Roku.

Wendy’s has teamed up with BRAVO Miami to launch an integrated campaign to promote the new Wendy’s Giant Junior Bacon Cheeseburger US$5 deal that celebrates young Latino “Giant Juniors,” Hispanic Ad reports. The campaign, which revolves around 3 characters who embody the Hispanic “Giant Junior” young adults doing great things but still living with their parents, will air on TV, online video and in Social Media.The piece was directed by Pablo Fusco of Black Van Films and edited by Alex Dondero of Vaporpost.

Knoxville, TN-based Cellular Sales, one of the largest Verizon Wireless retailers in the U.S., has appointed EP+Co AOR following an informal review, Mediapost has reported.As the 600-store retailer currently operates with an in-house marketing team,  duties will be split on a project-by-project basis..EP+Co’s scope will include brand, strategy, content, digital media (buying and creative) as well as customer relationship management. EP+Co will also oversee local targeting efforts when needed.