What: Fandango, the digital network for moviegoers, is significantly expanding its presence in Latin America with a new global brand strategy. Ingresso.com, acquired by Fandango in 2015,  is launching new cinema-focused ticketing platforms in Brazil this April. In Spanish-speaking Latin America Fandango (www.Fandango.lat) debuts in Peru, Colombia, Argentina, Mexico, Chile, Ecuador and Bolivia. Last year Fandango acquired Mexican movie ticket site Cinepapaya.com.
Why it matters: Fandango’s expansion into Latin America has a strong consumer marketing aspect.  But in the U.S. Fandango is also a digital advertising network as well as  player in the coveted “data market”. In fact, it entered into a partnership with national theater network NCM; Fandango will provide data about moviegoers to NCM in exchange for Fandango in-theaters movie promotions at NCM theaters. It will be interesting to see what advertising and data strategy Fandango implements in Latin America. 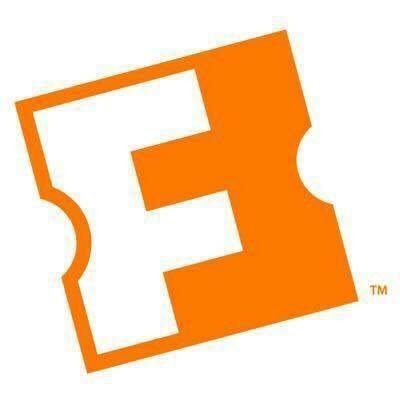 Fandango, the digital network for moviegoers, is significantly expanding its presence  in Latin America, one of the world’s fastest-growing theatrical film markets. The company announced it is rolling out a new global brand strategy that includes the release of innovative new ticketing destinations at its subsidiaries Ingresso.com in Brazil, acquired  in 2015, and Fandango Latin America, formerly Cinepapaya, acquired in December last year, in seven key countries in Spanish-speaking Latin America.

This April, Ingresso.com will be launching a brand new website and mobile apps for Android and iOS focused on serving moviegoers.  The experiences will offer enhanced search and browser capabilities and a new streamlined checkout process, making it faster and easier for consumers to discover movies and purchase tickets to the cinema.  They will also offer a variety of digital payment options including PayPal, Visa Checkout and Masterpass.

The sleek new design, modern logo and colors reflect Fandango’s global brand identity, which is being introduced across Latin America. Like Fandango in the U.S., Ingresso.com is looking to serve moviegoers wherever they are thinking about and looking for movie information.  Recently, Ingresso introduced new technologies that enable strategic partners to integrate the company’s showtimes and ticketing directly onto their platforms.  For example, the company executed a social commerce program with Facebook and Universal Pictures that incorporated Ingresso’s ticketing for “Fifty Shades Darker” on the Facebook platform.

To help drive more Brazilians to the cinema, Ingresso.com is also launching a new promo code business that will help brands and studios connect with consumers through movie ticket rewards, promotions and loyalty programs.  Ingresso will be leveraging the expertise of the U.S.-based Fandango Rewards business, which has been running movie ticket promotions for over a decade with leading brands and companies in a variety of industries, such as consumer packaged goods, telecommunications, financial services, quick service restaurants, and others.

Fandango Latin America (fandango.lat), formerly Cinepapaya, is debuting its new digital platforms in Peru, Colombia, Argentina, Mexico, Chile, Ecuador and Bolivia, and will be supported by a consumer marketing campaign.  In addition to rolling out new ticketing conveniences, the company will offer even more original and exclusive content for movie discovery.  For example, the company will be launching a Spanish language version of “Weekend Ticket,” a weekly digital video series published by Fandango in the U.S. to help consumers with their moviegoing decisions.

We are implementing completely new digital destinations for moviegoers across the region, under one unifying brand identity.

In addition to expanding its coverage across the region by adding more theaters and screens, the company will continue to innovate on behalf of its exhibitor partners.  With the goal of driving more consumers to the cinema, Fandango Latin America plans to help exhibitors stay ahead of the latest technology and social media trends.Fandango plans to further invest in Latin America in the areas of technology, marketing and content, so the company’s subsidiaries can continue to serve consumers, exhibitors and studios at the highest level.

“We’re beginning an exciting new chapter for Fandango in Latin America, as we debut completely new digital destinations for moviegoers across the region, under one unifying brand identity,” said Paul Yanover, Fandango President.  “We’ve experienced tremendous momentum over the past year growing our exhibition footprint, increasing ticketing and building these exciting new products that will better serve our customers and partners for years to come.”

GET YOUR FREE TRIAL to PORTADA’s Interactive Database! 15 NEW LEADS HAVE JUST BEEN UPLOADED. If you have questions, please  e-mail Research Sales Manager Silvina Poirier at silvina@portada-online.com. 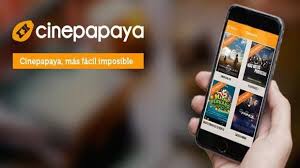 Fandango, the digital network for all things movies in the U.S., announced it is expanding its business in Latin America, one of the fastest-growing global film markets, with the acquisition of top online movie ticketer, Cinepapaya.  Following last year’s acquisition of Ingresso.com in Brazil, Fandango’s acquisition of Cinepapaya will nearly double the company’s consumer reach in the region and extend its ticketing business to seven new countries: Mexico, Argentina, Colombia, Peru, Chile, Ecuador and Bolivia. Peru-based Cinepapaya engages millions of moviegoers across Latin America with movie-related content and an active social network that drives ticket sales across its online platform and mobile apps, supporting all major operating systems including iOS, Android, Windows Phone, and others.  Cinepapaya also offers a turnkey e-commerce solution for theater owners, including ticketing and payment solutions, ticket validation and business intelligence software packages. Cinepapaya’s exhibition clients include Cinemark, Cinepolis, Cine Colombia, Cinestar, Cine Pavilion, among others.Fandango plans to leverage its ticketing innovations and portfolio of best-in-class brands and assets to serve Latin American consumers with all of their movie needs. 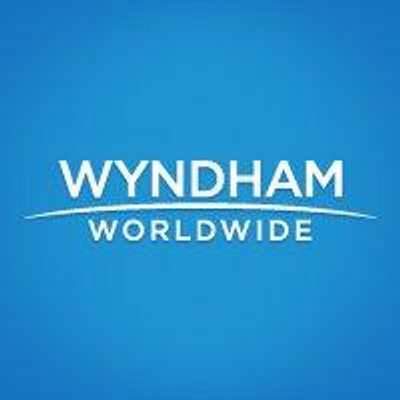 Wyndham Hotel Group announced it has acquired Fën Hotels, a Buenos Aires-based hotel management company that has 26 hotel management contracts spread out throughout South America and the U.S. under the Esplendor Boutique Hotels and Dazzler Hotels brands.With this addition, Wyndham now has a total of 18 brands in its hotel portfolio and the company has a combined 188 hotels in 19 countries in Latin America.Wyndham did not disclose the total cost of the acquisition. As part of the deal, Fën Hotels’ executive and management teams will remain in place, and the company’s office in Argentina will become Wyndham Hotel Group’s new headquarters office for Latin America. Fën Hotels CEO and co-founder Patricio Fuks will remain as chairman of Fën Hotels.Fën Hotels’ partner, Emprenurban, a hotel development and consulting company based in Asunción, Paraguay, will also become a strategic partner for Wyndham in Latin America.

Find out who are the brand and agency executives behind these campaigns/moves. Plus detailed contact information on more than 1,500 Corporate Marketers and Agency Executives targeting Latin American consumers.GET YOUR FREE TRIAL to PORTADA’s Interactive Database! Contact Sales Research Manager Silvina Poirier if you have questions: silvina@portada-online.com 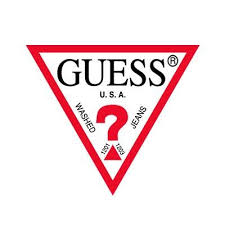 GUESS has announced the opening of its first Retail store in Asunción, Paraguay. The store which recently opened its doors to the public on December 1st, 2016 is located in Centro Comercial Paseo La Galería; it features the newest global GUESS Retail store concept and it marks a strategic opening in Latin America as part of the overall expansion strategy. Through a long time key distribution partnership with Starship Commercial S.A. that started in 1994, GUESS?, Inc. has laid the groundwork for establishing growth in the Latin American market. The brand has now 47 stores in Central and South America, including the recently opened store in Asunción, Paraguay. GUESS?, Inc. intends to complete its expansion strategy with further openings throughout Latin America in the next few years. 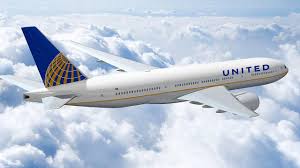 United has officially launched our first flights from the U.S. into Havana, connecting Cuba to Texas’ largest city and United’s premier Latin American gateway.United will operate Saturday nonstop flights from Houston in addition to its daily nonstop service from Newark/New York via Newark International Airport (EWR).United has been working closely with the Cuban government and local airport service providers to prepare for the start of its operation into José Martí International Airport, the airline’s 14th new international route launched this year.United offers 91 daily nonstop flights to 52 destinations across Latin America and the Caribbean from its Houston hub. Bush Intercontinental will be an important gateway for service to Havana and will directly connect 20 markets across the central and western United States to Cuba with just one stop. The Cuban-American population in the Houston metropolitan area ranks among the top ten cities in the country. 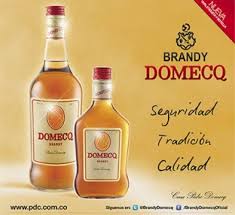 Emperador Inc. bought the Domecq brandies and wines of Pernod Ricard, in a transaction that included Mexican brandy Presidente–Mexico’s No. 1 selling brandy–as well as Don Pedro and Azteca de Oro.This gives Emperador access to the brandy market in Mexico, where Domecq has a 50 percent share of the brandy market, and the rest of Latin America, where the population is more than 600 million.As part of its global expansion, Emperador also acquired Whyte and Mackay whiskey in 2014 and the brandy and sherry business of Beam Suntory under Beam Spain SL last February.Beam Spain holds four iconic brands including Fundador — the oldest and largest Spanish brandy in the world — Terry Centenario, Tres Cepas and Harveys.

To get detailed contact information about the decision makers behind these campaigns and access an interactive database of more than 2,500 marketers targeting LatAm consumers, take advantage of the SPECIAL 50% OFF HOLIDAY OFFER. Please contact Sales Research Manager Silvina Poirier silvina@portada-online.com to activate your subscription at the special offer price (offer expires Dec. 23!.)