What: Adsmovil has announced the appointment of Andrew Polsky to the newly-created role of Chief Revenue Officer.
Why it matters: In the CRO role, Polsky will oversee monetization, national sales, agency partnerships, and client services in the U.S. 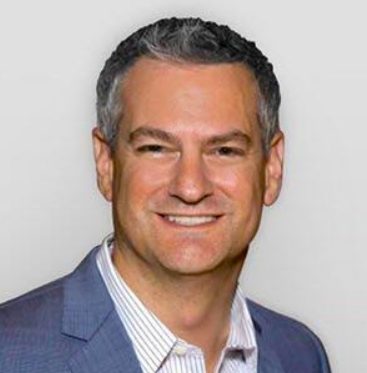 Adsmovil announced today that it has appointed industry veteran Andrew Polsky as its first Chief Revenue Officer. Polsky returns to Adsmovil from the role of SVP, Sales, East at Sabio Mobile where he helped build the company’s presence in New York while closing mobile in-app direct and programmatic partnerships for the network. In the CRO role, Polsky will oversee monetization, national sales, agency partnerships and client services in the U.S.

“Andrew’s broad experience with the U.S. Hispanic market will help Adsmovil accelerate its growth among our clients and prospects,” said Adsmovil CEO Alberto “Banano” Pardo. “As media and technology continue to converge, we have a big challenge to offer excellent solutions in mobile, results, effectiveness and most importantly, to improve the service to our clients in the U.S.”

Polsky will oversee sales offices in New York, Chicago, Detroit, Los Angeles and Miami. Based in New York, he will report to CEO Alberto Pardo.

“I’m very excited to rejoin Adsmovil as its first CRO and lead the team’s growth in the U.S.,” said Polsky. “This opportunity is a natural progression in my career and I look forward to creating new revenue streams for the company. I’ve always had a great relationship with Alberto and Adsmovil’s team and I look forward to working with everyone again in this new capacity.”

Prior to Sabio Mobile, Andrew was SVP, Head of U.S. Sales at Adsmovil, where he led revenue growth for direct and programmatic business lines. Andrew was also SVP, Sales, East Region at Pulpo Media (an Entravision company), where he managed a team of national sales directors and increased the ad network’s revenue by positioning desktop, mobile, programmatic and data solutions. Andrew built out and led the digital division at Spanish Broadcasting System (SBS) as VP Digital Media. He drove content, social, streaming and revenue strategies for all digital properties, including cable network MegaTV, 17 radio stations in the top U.S. Hispanic markets and SBS Entertainment, the company’s concert division. He has held digital management roles at CBS, The Miami Herald, and CNET.