What: US Hispanic broadcasting industry veteran Carlos Barba has created and launched the subscription VOD service Véonet.Véonet will be a service for Spanish-speaking audiences in the US and Puerto Rico. Although it will not offer subtitled programming, it will focus on Latin- and Hispanic-created content.
Why it matters: Quality-Spanish-language online video content and ad-inventory is scarce. 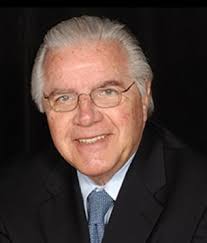 US Hispanic broadcasting industry veteran Carlos Barba has created and launched the Spanish-language subscription VOD service Véonet, which will be a service for Spanish-speaking audiences in the US and Puerto Rico. It will not offer subtitled programming, and instead focus on Latin- and Hispanic-created content.

Barba is a veteran of major Hispanic broadcasting including Univision, Telemundo, Canal 4, Canal 22 and Venevision International. He also founded telecoms firm CaribeTelevision, early Hispanic internet TV network UnoDosTres.com, and Latin American media company NetSpan.More recently, he was president and CEO of BuenaVisionTV. He will run Véonet as founder and chairman.

He has drafted in former Sabado Gigante producer Efren Carranza as president, with industry veterans such as Richard J. Arthur, Jaime Serrada, Hector Rivero, Luz Villalobos and Georges Leclere also attached for Véonet’s launch. Some of these will be in Cannes at MIPCOM next month eyeing content for the service.

The service launched last week, offering free access to its current programme line-up, with “additional benefits” offered to those who go on to subscribe.