What: Multi-national media, sports and entertainment group RELEVENT has acquired BRC Group, a leading marketer and producer of Hispanic soccer programs in the U.S
Why it matters: The agreement expands RELEVENT’s reach into the Hispanic grassroots market and should be a boon for youth soccer programs  as well as experiential marketing initiatives across the country.

Mergers and acquisitions are usually more suited to the boardroom than the soccer pitch. But in the case of today’s announcement by multinational sports and entertainment group RELEVENT that it has acquired Hispanic soccer marketer and producer BRC Group (@brcgrp), the real winners are U.S. Hispanic soccer fans, and, importantly, youth soccer players from underprivileged backgrounds across the country.

The move boosts the prospects and profile of Alianza de Futbol (@Alianza__U), the country’s largest and most prestigious amateur Hispanic soccer program, JUGOtv (@JUGO_tv), a multi-platform digital sports network for U.S. Hispanic soccer fans, and Alianza U, the Foundation arm of BRC which has provided more than two dozen Latino soccer players access to financial aid or scholarships to play college soccer. These BRC properties all fall under the RELEVENT umbrella, which further strengthens the firm’s connection with the Hispanic grassroots market.

“We are excited to join forces with BRC and the experienced leadership of Richard Copeland, Brad Rothenberg and Joaquin Escoto, who hold extensive relationships in U.S. and Mexican soccer,” said Daniel Sillman, CEO of RELEVENT in a statement. “As the Latino population accounts for half of the national population growth in the past two decades, we are proud to make this investment in the development of the sport within this passionate community.”

BRC has done great work with these programs. With more than 30,000 players and more than 250,000 fans attending Alianza events every year and JUGOtv reaching more than 60 million on social media every month, RELEVENT’s platform for the Hispanic community has never been on more solid ground.

“Everything we do at BRC is about providing access and opportunity for the US-Latino soccer player,” said Brad Rothenberg, Partner, BRC. “RELEVENT provides a bridge for our community to connect to world-class soccer programming from the ICC to new initiatives we intend to create together making this a first-ever partnership in the USA.” 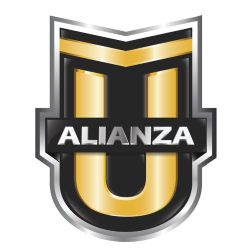 “We’ve made it our mission to promote and grow soccer globally, and the acquisition of BRC is a pivotal move for RELEVENT, setting into motion our plans for investing in multicultural communities across the United States.” added Sillman.

What: BRC Group, a marketer and producer of Hispanic soccer programs, has announced the launch of JUGOtv, a multi-platform digital sports network for U.S. Hispanic soccer fans. JUGOtv has partnered with some of Mexico’s greatest stars like Rafa Marquez, Luis Garcia and Ramon Ramirez., to bringing Mexican soccer and its stars closer to their fans in the U.S.
Why it matters: An increasing amount of video networks targeting sports lovers have been launched (including MCN Whistle Sports, which recently got US$ 20 million financing from investors including NBC). JugoTV is one of the first exclusively targeting the Hispanic soccer lover. 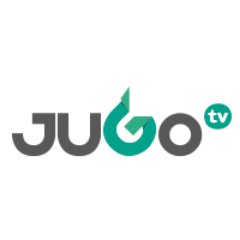 Recognizing the popularity of the Mexican soccer league – LigaMX – which delivers the largest TV audience of all soccer leagues televised in the U.S., foreign or domestic, JUGOtv will focus on bringing Mexican soccer and its stars closer to their fans in the U.S. To do this, JUGOtv has partnered with some of Mexico’s greatest stars and personalities, including Rafa Marquez, Luis Garcia and Ramon Ramirez. JUGOtv will also be offering unique digital content opportunities with exclusive BRC Group clients including Oswaldo Sanchez and Carlos Valderrama.

CHECK OUT: Big Game Broadcasts: Vs Streaming: Two divergent trends have emerged for the Super Bowl and other major sports events. An article in Portada’s 2016 Sports Marketing Guide  DOWNLOAD IT HERE!

In addition to the celebrity hosted content, JUGOtv will also be producing several original series including Cruzando Fronteras, a 20 episode series featuring 20 players that are currently playing professionally in Mexico after being discovered in Alianza de Futbol’s scouting program-POWERADE® Sueño Alianza.

“We’re thrilled to partner with these great players, who played at the highest level of the sport on a global stage, who reach millions of fans through their social media, and who will help us to bring the game and its stars closer to fans in the U.S. in an exciting and entertaining way,” said Richard Copeland, Managing Director of BRC Group. “We have been working in Hispanic soccer in the U.S. for almost 15 years now, and know firsthand the incredible passion and insatiable appetite that Hispanic soccer fans have for ‘futbol’.”

“It’s a very unique situation and interesting dynamic, where the parents or grandparents of these players came to the U.S. from Mexico for a better life, and now these young men have gone back to Mexico to pursue a professional soccer career,” said Joaquin Escoto, Alianza de Futbol’s Managing Director. “There’s so many great stories and we look forward to following the journeys of these players, and more.”

JUGOtv’s content will be primarily short form video produced for consumption by Hispanic millennials on their mobile devices.