MMA sensation Kyra “Mogwai” Batara will represent the organization for the first time in Combate Americas‘ history during the RIZIN FF fight in Tokyo, Japan, on September 25.

Nike and Apple announced their partnership’s newest product, the Apple Watch Nike+, which pairs the exclusive Nike Sport Bands with the Apple Watch Series 2, which features GPS, a display twice as bright as that of previous models, water resistance for depths of up to 50 meters, a powerful dual-core processor and watchOS 3.

Univision Deportes announced its schedule for the upcoming 2018 FIFA World Cup Qualification. The line-up includes games played by the U.S., Mexican and Canadian national teams, as well as the debut of the UEFA National Team qualifying matches on UCI’s networks.

With this week’s start of the NFL season, the league’s four major TV network partners have cumulatively sold close to $2.5 billion worth of commercial time, Broadcasting & Cable reports. This means each one of the networks has sold more inventory than it did last season, and at higher prices.

NBCUniversal Telemundo Enterprises announced Ray Warren as Telemundo Deportes’ new president. In this new role, the veteran sports executive will oversee NBCUniversal Telemundo Enterprises’ growing sports business and lead its strategy across all its platforms and networks. He will be responsible for developing both existing franchises and future acquisitions with a keen focus on the FIFA World Cup properties.

Warren will be based in Miami and will report to Cesar Conde, the chairman of NBCUniversal International and NBCUniversal Telemundo Enterprises, effective September 19. 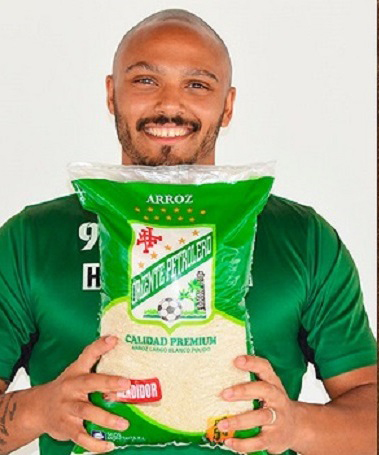 Bolivian soccer clubs Oriente Petrolero and Blooming are trying to earn some additional funds by selling their own rice brands through Silos Montego SRL, which will handle the product’s fabrication and distribution.

Argentine soccer club Boca Juniors is looking for companies willing to pay an unspecified sum to put their name on its Alberto J. Armando Stadium and become its main sponsor starting in 2017. Experts expect the stadium to be named after a multinational.

Liga Mexicana has positioned itself in the top ten of leagues who spent the most on signings during this season. England’s Premier League set records, coming in first through spending €1.4 billion, while Italy’s A Series spent €700 million. In ninth place, we find Liga MX’s €49.5 million.