Bob Evans Farms, Inc.’s grocery products division BEF Foods has appointed IPG Mediabrands’ UM as its’ media agency, according to Mediapost. UM will be responsible for traditional and digital media as well as search and paid social.The appointment follows a competitive review. The assignment does not include the company’s restaurant division which was not part of the review. BEF spent approximately US$3.6 million on ads in fiscal 2015. 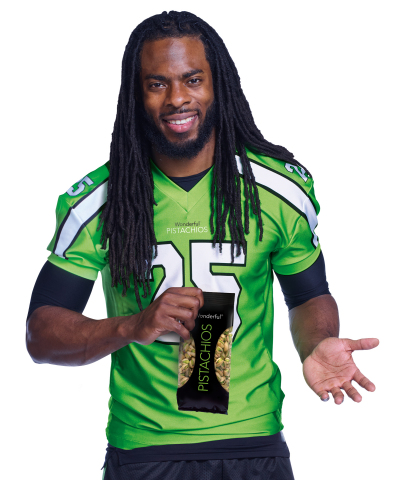 Wonderful Pistachios, known for its iconic “Get Crackin’” ads, launched its biggest “Get Crackin’” advertising campaign ever, investing US$55 million to support the largest pistachio crop in history. The irreverent and comedic commercials feature a really big star with the introduction of Ernie the Elephant. This pistachio-loving elephant refuses to work for peanuts and is voiced by WWE Superstar John Cena (“Trainwreck,” Fox’s “American Grit”).In the coming months, eight more commercials will air and pistachio lovers will witness Ernie’s unique take on elephant stereotypes, supermarket shopping, working out, lady squirrels and airport travel.Later this football season, two more spots feature Seattle Seahawks cornerback Richard Sherman schooling Ernie with his best defensive moves—and his famous trash talk—both on and off the field. The newest evolution of the “Get Crackin’” campaign was created by Wonderful Pistachios’s in-house creative team, Wonderful Agency. The campaign will be amplified by print and outdoor advertising, in-store POS, a large-scale digital and social media campaign, and public relations. In addition, Wonderful Pistachios and their new spokes-elephant Ernie are committed to elephant conservation and will soon announce how they will join the herd in protecting the future of elephants worldwide. (Check out our interview today with Adam Cooper, VP Marketing at Wonderful Pistachios). 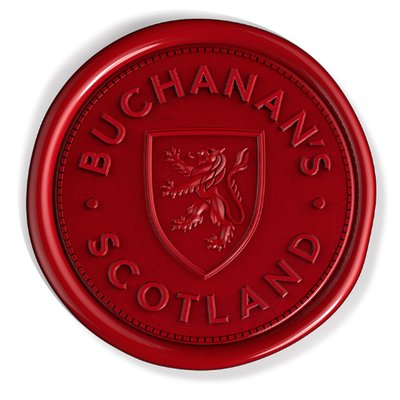 Buchanan’s, a luxury Scotch whisky brands, announced the launch of a new, national marketing campaign ­- Es Nuestro Momento. The 360 campaign aims to empower a new generation of Latinos with the belief that their cultural pride is key to unlocking true greatness. The campaign – developed in collaboration with Anomaly – premiered Sunday evening. To help amplify the influence of Latino greatness in culture, Buchanan’s has partnered with global Latin music superstar J Balvin for its Es Nuestro Momento campaign. Balvin embodies the brand’s belief that true greatness comes from embracing who you are and where you come from.Created in 1884 by James Buchanan, one of the great businessmen of his time and a pioneer in the world of whisky, Buchanan’s has more than 130 years of authentic heritage. The brand has long been a favorite among Latinos and is the largest premium Scotch brand in Latin America. The “Es Nuestro Momento” campaign debuted on Telemundo and CNN. It will continue to be brought to life through out-of-home advertising, television spots, digital ads, with dedicated responsible drinking creative, social media, and a consumer contest launching in 2017. 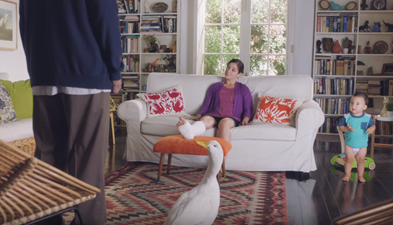 American insurance company Aflac will debute a new ad campaign specifically geared for the Hispanic millennial audience during the Latin American Music Awards on Telemundo.  The new television ad called “Te Ayude” (“Help” in English) will air on Telemundo for the first time tonight during the Latin American Music Awards show and will continue to air nationally on major Spanish language networks through late November beginning on Monday, Oct. 10. The 30-second ad is intended to highlight that “Aflac te ayuda a proteger tu bolsillo” (“Aflac helps you protect your pocket”) from the financial challenges of an unexpected illness or injury.The multi-channel campaign will include local radio in select markets, digital advertising, social media and online videos in addition to the television commercial spot. Aflac worked with Conill Advertising, Saatchi’s U.S. Hispanic agency, on the campaign. Viewers can engage via social media (@AflacDuck) and visit Aflac’s “Winners of the Night” section on www.telemundo.com. 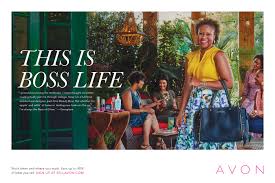 New Avon LLC announced the launch of a bold new advertising campaign – “This is Boss Life” – which celebrates the flexibility, freedom and financial opportunity of becoming an Avon Representative. “This is Boss Life” will run on national broadcast, digital, print and radio media in the U.S. beginning in October.The television campaign encourages audiences to take a step beyond their typical 9-to-5 work life and say hello to a new kind of life where they are the boss. The campaign heroine is a passionate woman, stuck in a passionless job – until she discovers a brand new life as an Avon Representative. In the print advertising, Avon Representatives are at the center of the campaign to inspire new recruits through their real-life stories of success. The ads feature: The Millennial, the Momtrepreneur & the Power Couple.The campaign was created in partnership with female-owned advertising agency TERRI & SANDY. Horizon Media led the media planning and buying. The :60 second digital, and :30 broadcast and radio ads began airing on October 7, and print ads will be seen in November and December issues of women’s magazines. Avon’s social and digital channels will be extending the “This is Boss Life” campaign message with custom social media filters, YouTube videos and more.

For five consecutive years, the makers of the HERDEZ® Brand, the No. 1 salsa brand in Mexico, have celebrated the Day of the Dead, a culturally rich and historic holidays that resonates among many societies alike. This year the HERDEZ® Brand celebrates the Day of the Dead by encouraging participants to create their own works of art around the holiday through the “Día de los Muertos Celebration Through Art” Contest. One lucky grand prize winner will be selected to receive US$3,000 cash while 100 honorable mention winners will receive a custom sugar skull t-shirt. To enter the “Día de los Muertos Celebration Through Art” Contest participants can download any one or all of four unique Day of the Dead custom page coloring contest designs available exclusively on www.HerdezTraditions.com/DayofTheDead.Once downloaded, participants can customize their coloring sheet, submit their entry via www.herdeztraditions.com and share on their Instagram and Facebook accounts- enticing their followers to vote for them. The entry with the most votes received will secure the US$3,000 grand prize. The contest will run fromOctober 4, 2016 through November 4, 2016.