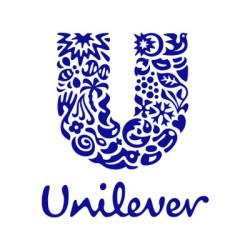 Consumer goods giant Unilever completed its global media agency review, a process it began in January. Mindshare will continue to handle media chores in the U.S. and Africa. The company spent approximately US$7.7 billion worldwide on advertising and promotion last year, according to the company’s 2014 annual report — down from about US$7.9 billion in 2013. In the U.S., Unilever spent more than US$800 million last year, according to Kantar media. Latin America, handled by Initiative, was not part of this assessment.PHD retained its Asia Assignment and added Australia, previously handled by Mindshare. Mindshare was also awarded global data and programmatic buying duties. Global Search duties were awarded to  PHD and sibling agency Resolution Media global search responsibilities. earlier this year.Unilever’s brands include Dove, Axe, Lipton, Klondike and Suave, among others. 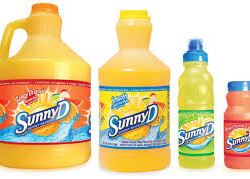 Sunny Delight Beverages Company is approaching the end of an RFP for a media buying and planning agency to support its work in the U.S. and Canada. The winning agency, whose remit will also include digital, will work closely with Sunny Delight’s creative agency for the last year, Grenadier, to help bring its brands to life. The company is planning a US$20 to US$30 million for spend. Mediavest, which has worked with the company for the last 11 years, declined to participate in the review.Sunny Delight expects to select an agency by the end of November. 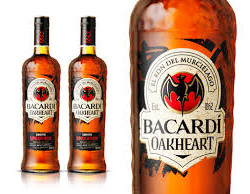 Bacardi Oakheart Spiced Rum is including Captain Morgan Original Spiced Rum in a new campaign dubbed “All In, All Heart.” The new campaign is an effort from Omnicom’s BBDO and OMD. The ads feature male-bonding scenarios like watching a game, and employ taglines like “Bench the Captain” and “The Best Part of Gameday Isn’t Always the Game.” The spots are running on digital (via programmatic buys), social, radio and out-of-home in key markets.Captain Morgan Spiced Rum is the #2 rum in the U.S., although it has also seen declining sales. 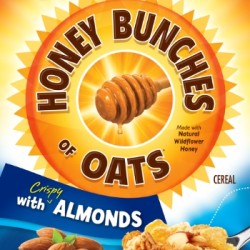 Honey Bunches of Oats® deepens its reach and commitment to the Hispanic community with the launch of #LatinosConDedicacion, a program that invites celebrities and fans at the 16th Annual Latin GRAMMY® Gift Lounge to share what inspires their spirit of commitment and dedication in everything they do.For every person that shares the hashtag #LatinosConDedicacion from November 16, 2015 to January 3, 2016, Honey Bunches of Oats® will donate 11 meals (US$1) to Feeding America®’s network with a goal of donating 110,000 meals. US$1=11 meals secured by Feeding America on behalf of member food banks.  More than one in six Latinos in the U.S. are served by the Feeding America network each year, totaling nine million Latino adults, seniors, and children.Backstage at the gift lounge, Honey Bunches of Oats will display an interactive station showcasing a live feed of people pledging. In addition, celebrities will be surprised with a custom gift that includes a breakfast in a box and a limited edition Golden Spoon Award engraved with #LatinosConDedicacion. People Can visit  HoneyBunchesofOats.com. For photos, and exclusive content about the 16th Annual Latin GRAMMY® Gift Lounge, please visit facebook.com/PensemosPositivo. 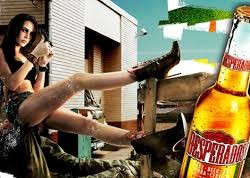 Heineken USA is no longer selling its tequila-flavored beer Desperados, a lager aged in tequila barrels that launched in the U.S. in 2014.Desperados, which is sold in 85 international markets, had been handled globally by Wieden & Kennedy. But that relationship ended this past summer. Heineken USA began Desperados’ U.S. rollout in Florida and Georgia, with plans to begin nationwide distribution in 2015, and referred to it as a “spirited beer.” The launch advertising in the U.S. used a campaign that was running internationally at the time.But Desperados remained a regional brand with the Southeast being the main focus area.