Hotels are discovering the power of voice-activated digital assistants to build customer loyalty. Marriott is trying out the Amazon Echo in rooms at select properties allowing guests to access information and hotel services as well as their favorite music.

Video ad spends by brands doubled in 2017 compared to 2016 according to a new report from InMobi. In-app video advertising surged by 136 percent in 2017 worldwide and has grown by 500 percent in China so far this year.

Most consumers don’t trust how brands are using their personal data and would like to see improved personalization of offers, according to a new study from Jebbit. The study found consumers would even be willing to relinquish some of their privacy to get access to better deals.

Viewers of streaming video say they are watching more online (47 percent report more live online video streaming) and less offline (regular TV) as a result (44 percent), according to a May survey by the Interactive Advertising Bureau.

E-Commerce communities continue to force brands to go digital with 46 percent of brand marketers telling Ingenuity that they are revamping their go-to-market strategies as a result, including moving faster to make sure they are covered on all channels. A little over 25 percent said they are making changes to how much they spend online.

Try it on—on Facebook? The social media giant has announced it will test augmented reality ads with users in the United States, with products including makeup and furniture. Michael Kors will be among the first brands to use the technology to advertise its sunglasses.

MediaMath has won $225 million in new financing for its demand side and data management platforms powered by artificial intelligence aimed at making connecting brands with consumers more efficient and effective.

Read More
By Mark A. Browne

What: ‘Culture’ was a topic of conversation at last weekend’s SABR baseball analytics conference in Phoenix.
Why it matters: Bridging the gap between English and Spanish speakers in the clubhouse can lead to better success on the field, which benefits teams’ marketing efforts as well.

Last weekend’s Society of American Baseball Research (@sabr) conference in Phoenix was largely about baseball business by every way, shape, and form of numbers, but it also touched on a key point of growing the Latino fan base and the brand value of athletes in a way that had less to do with data: culture.

Throughout the weekend, speakers talked about the need for understanding and inclusion in the clubhouse as a key parameter for success, with the most successful teams, and the brands tied to them, being the most valuable and the most successful both on and off the diamond.

With a sport whose rising stars are increasingly Latino…, the value of a bilingual, or a multicultural clubhouse is going to be essential to the marketing of baseball going forward.

“The guys willing to learn Spanish will bring the clubhouse together and have tremendous value,” said ESPN veteran announcer John “Boog” Sciambi (@BoogSciambi) in a conversation with MLB Network’s Brian Kenny (@MrBrianKenny). “What Eric Hosmer brings to the table because he took the time to learn a language to communicate with his younger teammates shows how far he, and others, should go, to help an organization grow.”

With a sport whose rising stars are increasingly Latino, and with a marketing effort that includes a more concerted effort to integrate Spanish language partners in Mexico and beyond, as well as the major Spanish-first brands looking to grow in the U.S. marketplace, the value of a multilingual, or a multicultural clubhouse is going to be essential to the marketing of the baseball going forward.

“Look, I was always the guy in the middle of clubhouse conversations, since I had been on both sides because of my background,” said multilingual former MLB player and current ESPN announcer Eduardo Perez (@PerezEd), who is also the son of longtime MLB star Tony Perez. “It is a lot easier in the tough times when you have an understanding of what the other guys are going through, and it certainly helps grow baseball if more teams paid attention to the value of having players at least have an understanding of what some of the young Latino, or even Japanese players, might be going through.”

One story that was relayed over the weekend was of longtime MLB player Mark DeRosa, and how he was stranded at an airport in the Dominican Republic during winter ball one year. Without an understanding of language or culture, DeRosa struggled to get to his destination, and it left an imprint on him that he brought back to the States as to what it is like for young Dominican or Puerto Rican players who struggled to adjust to the small town cultures in minor league baseball.

While all MLB teams have added multilingual, especially Spanish speaking, members to their communications staffs in recent years, a number of clubs still have not been able to bridge the cultural divide in the clubhouse. That divide can also translate (no pun intended) into losses at the box office and on the ledger sheet through a lack of success on the field.

“I see it all the time, where some players or coaches mistake a gesture or a custom as a form of disrespect, when in reality it is a misunderstanding of the background of a player, especially a young Latino player,” added Dr. Lorena Martin, who was recently hired as the Head of High Performance for the Seattle Mariners. “The education for both sides in better understanding what goes on in the locker room, and how to better integrate the cliques that form, is really important in building a successful culture.”

From a business perspective, the integrated clubhouse would have great appeal for brands like Verizon and Geico that look to expand their consumer base deeper into the Latino community and better exploit relationships with players from varied backgrounds. Whereas a language barrier can slow relationships, having Anglo players fluent in Spanish and a growing number of young Latino players more comfortable with English provides a great crossover opportunity if you can identify a player from one culture and integrate him into a program that literally translates to a bigger audience and market share.

Yes, baseball is about the numbers. But even at an event like SABR, focused so much on the analytics, the value of multicultural success as a key to winning came through every day. That winning is not limited to the field; it translates into the business world as well.

What: AppsFlyer has raised an additional US$56 million in Series C financing, bringing its total funding to US$84 million.
Why it matters: The round was led by Qumra Capital, Goldman Sachs Private Capital Investing, Deutsche Telekom Capital Partners and Pitango Growth Join Investors Roster. 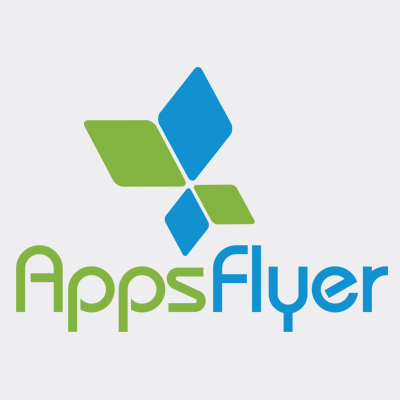 AppsFlyer, the mobile attribution and marketing data analytics company, announced it has raised an additional US$56 million in Series C financing, bringing its total funding to US$84 million. Having grown revenues by 500% and staff from 40 to 240 people across 12 global offices in two years, the company will invest in the enhancement of its products to help even more marketers measure every engagement with their target audiences.

Existing investors Magma Venture Partners, Pitango Venture Capital and Eight Roads Ventures also participated in the round. The fresh round of funding will allow AppsFlyer to continue investing in products and innovations that help marketers connect and measure everything that can be measured, including mobile, web, television and offline activities. The company will also build upon its existing partnerships and operations in Asia to help marketers penetrate markets throughout the region with AppsFlyer’s measurement tools and through its prominent local partners. Finally, the company will explore merger and acquisition opportunities to potentially augment AppsFlyer’s current capabilities.

The round follows a period of remarkable growth for the company. AppsFlyer measures US$6 billion in mobile marketing spend annually, processes over 300 billion mobile events every month, has more than 2,000 integrated partners and supports over ten thousand marketers as clients. In addition to their existing measurement partnerships with major industry players including Facebook, Google and Twitter, AppsFlyer was recently selected as a measurement partner by Pinterest, Tencent, Adobe, Yahoo! and IBM.

“AppsFlyer has proven its ability to provide mission critical tools and data-driven innovations for measurement that marketers and developers need for success,” said Boaz Dinte, managing partner at Qumra Capital. “As mobile and marketing converge, it’s clear that AppsFlyer is primed for further growth and we are thrilled to provide more resources for the company to expand its capabilities as a data powerhouse for marketers that’s in a league of its own.”

“Our mission is to focus on our clients and provide the marketing measurement platform they need to become successful in a hyper-competitive space,” said Oren Kaniel, CEO and co-founder of AppsFlyer. “In the past two years we delivered some game-changing products that fundamentally make marketing more accessible, measurable and predictable. This funding round will continue to fuel our product development and advance our strategy to build the ultimate measurement platform for marketers.”

“The marketing landscape is evolving and mobile advertising spend is rising while the industry is shifting towards ROI-based marketing,” said Christian Resch, vice president of Goldman Sachs PCI. “We are excited to take part in AppsFlyer’s journey to build a leading global marketing data analytics business.”

What: Cision and PR Newswire announced intent to combine, creating a leading global communications platform. UBM, the British business-events organizer, has agreed to sell the news-release distribution service PR Newswire to Cision for $841 million.
Why it matters: With proposed acquisition of PR Newswire, Cision further expands its PR, social media and analytics offerings. The transaction is expected to close late in the first quarter of 2016. UBM will mostly focus on the event business.

The transaction, which requires approval by the shareholders of UBM plc as well as regulatory approvals, is expected to close late in the first quarter of 2016.

PRN is a global leader in public relations (“PR”) and investor relations (“IR”) communications and related services, connecting over 30,000 customers to their target audiences through the largest distribution network of its kind in the world. Customers spanning Fortune 2000 multinationals, small businesses, public relations agencies and government entities rely on PRN to target, reach and engage the most relevant media outlets and audiences with impactful and timely content.

The combination of Cision and PRN resources would result in a seamless and integrated communications tool for intelligence gathering, distribution, monitoring, and analytics platforms. Enhanced scale from the combination of the two companies would enable significant investments in R&D to support continued technology innovation.

“Bringing Cision and PR Newswire together will enable communicators to turn data into actionable insights — the necessary link between communications and business outcomes,” explained Peter Granat, Cision CEO. “We are serious about building a comprehensive platform to help our clients manage the entire lifecycle of communications – from influencer discovery and content distribution to engagement and campaign analysis.”

“We are very excited about the transaction and the opportunities it would provide for our clients, partners and employees,” said Robert Gray, CEO of PR Newswire. “PR Newswire helps PR, IR, Marketing and Compliance professionals maximize the impact of their communications programs through best-in-class solutions and the combination with Cision would further enhance that capability.”

Deutsche Bank Securities Inc., Barclays and RBC Capital Markets are providing debt financing to Cision.While the regulatory and shareholder approvals are sought it will be business as usual for both firms.