After 7 years, Matias Molina is leaving investment bank Allen & Company in New York City,where he was Vice President, to become Director of M&A at Femsa in Mexico.Matias has a Master of Business Administration from Columbia University .

Dina Juliano was named senior VP of consumer product strategy for TV Everywhere for NBCU. She will report to Alison Moore, executive VP and general manager of the group. In her new role, Juliano is tasked with developing a product strategy to expand NBCU’s TV Everywhere growth across a range of authenticated digital channels, including the Web, mobile and connected devices. Prior to this, she was VP of user experience and product design for digital products at HBO.

Doug Rosen has  been hired as VP of TVE for NBCU.He previously held positions at DirectTV and HBO.

Alexa Wilson was named VP of consumer marketing for TVE. Wilson was previously with publishing companies Hearst and Rodale. 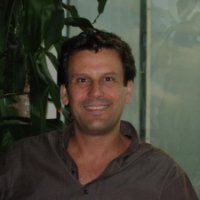