What: Three top ad forecasters have revised their ad investment growth predictions for 2019. While GroupM has downgraded 2018 growth expectations from 4.5% to 4.3%, Magna Global and Zenith estimate global advertising will increase slowly.
Why it matters: If these predictions are true, it would mean that while global advertising is still growing, it’s doing it slowly, which points to a saturation in media.

GroupM, Magna Global, and Zenith have released their reports of 2019 ad spending forecasts. Though they predict growth, it will be slower than in 2018. If we look at each of the forecasts, we can see their different predictions are directly related to the fact that digital advertising has been growing at great speed since 2010. However, it might be starting to grow less rapidly, giving way to certain formats to become protagonists, such as video.

According to GroupM’s statement, WPP’s media investment group downgraded 2018 growth expectations from 4.5% to 4.3%. 2019 growth projections are also whittled from 3.9% to 3.6%, with total new investment anticipated to reach US $19B instead of the US $23B earlier predicted. Stress on the auto category stood out in feedback from GroupM’s worldwide network, as did the absence of any rebound in CPG investment with traditional media.

GroupM forecasts that ten countries will provide 83% of all 2019 growth. China remains the largest contributor, but 2019 will be the nation’s sixth successive year, with single-digit ad growth. It will mark its lowest growth rate yet recorded. That said, its $90 billion ad market is second only to the U.S. and has doubled since 2010.

Other big contributors to spending growth next year include the U.S., India, Japan and the UK.

Magna Global, on the Other Hand, Raises its Growth Forecast

While Magna released its forecast report right about the same time as GroupM, its results were quite different. Magna, which measured 2018 in retrospect, said global ad spend grew by a record 7.2% this year to $552 billion. And while GroupM revised its ad spend downward, Magna raised its own 2019 forecast from 4.0% to 4.7% to reach $578 billion. Magna’s optimism for 2019 is thanks to a robust global economy and cyclical events, like the US midterm elections and World Cup, that added $6 billion of incremental ad spend to the market.

According to Ad Exchanger, Magna said digital will make up half of global ad spend by 2020, but GroupM still forecasts digital’s share at 42% in 2019. Of the digital pie, Magna said search grew 16%, video 29% and social media 33% this year, while mobile ad sales grew by 32% to make up 62% of digital impressions. GroupM did not break out ad spend by format. 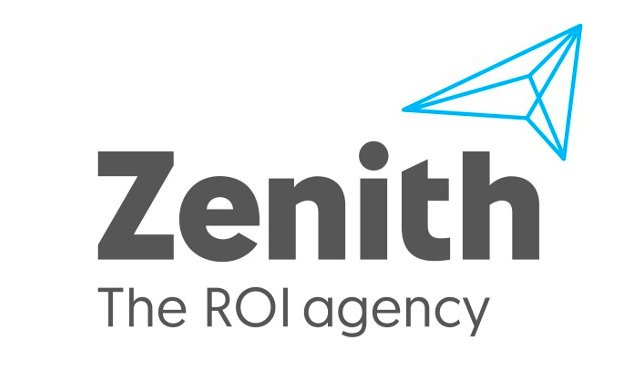 Zenith, part of Publicis Media, has forecast that global ad expenditure will grow 4.5 percent in 2018, reaching $581 billion by the end of the year, boosted by the Winter Olympics, FIFA World Cup and U.S. mid-term elections.

The forecast for 2019 is down slightly from its September prediction of 4.2-percent growth, now forecast at 4 percent, but the 2020 forecast is stable at 4.2 percent. The 2021 forecast is for 4.1-percent growth. Overall, Zenith expects advertising expenditure to grow behind the global economy as a whole throughout its forecast period.

By region, North America’s ad market has been growing “fairly steadily but unspectacularly” since 2010, the firm said. North American ad-spend is expected to grow 3% in 2019 and to average 3.4% growth each year to 2021.

By 2021 Zenith expects television and video will have a combined 49% share of global “display” – a higher share than television ever achieved on its own. Further, linear TV’s share is projected to drop to 29.9% in 2021, the lowest point since Zenith started tracking the medium in 1980.