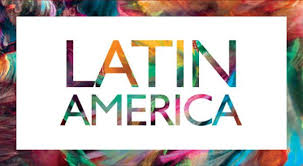 MAGNA is expecting Latin American media owners’ net advertising revenues (NAR) to grow by +9.3% in 2018, to US$26.3 billion, following a +7.3% growth in 2017, thanks to a more robust economic recovery in the region. The latest IMF update forecasts real GDP growth of +1.9% next year in the region, compared to +1.7% in 2017 and -0.9% in 2016. Economic recovery remains extremely fragile, however, and political instability continues to loom over several countries, including Brazil.

A +9% growth would not be that impressive considering the high levels of economic inflation in the region, and the growth rates experienced pre-2014 that usually range between 10 and 15%. However, that would the strongest growth rate since 2013.

Ad spend trends continue to vary by country. Digital switch-overs, the introduction of new TV channels, government reconstruction programs in natural disaster areas, and elections are all expected to impact marketing activity and advertising spending. Nevertheless, most LATAM markets are expected to see slightly higher ad spend growth in 2018 versus 2017, as economies in the region are stabilizing and benefitting from the recovery of commodity prices.

Television remains the top media category in the region with 54% of total advertising sales at the end of 2017, way above the global average (35%). Television is forecast to hold its media leadership until 2021, when digital finally becomes the top media format in Argentina and Brazil. Free-to-air TV is the dominant segment (+4% in 2018) controlling 80% of total TV NAR but Pay TV is experiencing faster growth (+6% in 2018) as subscription fees and programing are gradually becoming more attractive. Another driver is the change in selling models, from a cable model (where advertisers buy packaged airtime with little control over which channels their campaign appear on) to a direct sales model (where advertisers and agencies buy from individual Pay TV vendors). This is taking place in Chile and Uruguay, for example.

Television will benefit from increased viewing and brand interest around the FIFA World Cup as usual, although the excitement may not be quite as high as four years ago when the tournament was hosted by Brazil; time difference may also be an issue but the event is still guaranteed to boost TV ad sales especially in the eight nations that qualified this year: Brazil, Argentina, Uruguay, Colombia and Peru in South America, as well as Mexico, Costa Rica and Panama for Central America.

Digital advertising in Latin America remains lower than the global average, inhibited by a relatively low digital penetration and the sheer power of television. It is expected to grow by +23% to reach 32% total media share at the end of 2018, still well below the global average of 44%. Social media (+30%) and digital video (+33%) will grow significantly again next year, while search (+21%) remains the number one media type with 36% of total digital ad sales.

With BRL 49 billion in NAR (approx. $14 billion), Brazil is the sixth largest advertising market in the world and accounts for over half of LATAM’s advertising spend.

Brazil’s economy has begun to stabilize from the recession in 2015 and 2016.  Real GDP will grow by +1.5% in 2018, accelerating mildly after the stabilization of 2017 (+0.7%) and the severe recession of 2016 (-3.6%), while Consumer Price Index (CPI) inflation has dropped from its peak of 9% in 2015 to just 4% expected in 2018. Media cost inflation, on the other hand, remains high (between 6% and 10% across media categories). Business confidence however, continues to be hindered by political instability with unelected President Michel Temer, successor to impeached president Dilma Rousseff, himself facing various corruption scandals.  The next presidential election, scheduled for October 2018, will hopefully clarify the political environment but is not expected to directly affect advertising spend, as parties are not allowed to buy television advertising time.

In that mixed environment, MAGNA anticipate media owner NAR to grow by +11.8% in 2018 following a decent performance in 2017 (+9.7%). That will be driven by strong digital growth (+23%) coupled with robust TV ad sales: +5.4% for free-to-air channels and +9.2% for pay TV. The FIFA World Cup, which will air on Globo, SporTV, and FOX Sports, will help drive cost inflation (CPM +9%) and offset declines in viewing.

Mobile advertising is growing dramatically (+52% in 2017) and now accounts for over 55% of digital advertising expenditures in Brazil.  Internet and mobile penetration rates reached around 60% in 2017 and will continue to grow over the next five years. Google, Facebook, and YouTube dominate the search, social, and video markets, reaching of over 90% of the total internet audience.

Digital advertising in Latin America remains lower than the global average, inhibited by a relatively low digital penetration and the sheer power of television.

Mexican media companies’ net advertising revenues will grow by +5% in 2018, to 92 billion pesos (approx. $4.9 billion). Mexico’s participation to the FIFA World Cup typically drives TV ad sales up, but that may not be enough to prevent TV NAR from decreasing (-1% to $43 billion pesos). Presidential elections are scheduled that take place in July 2018 but should not have a direct impact on TV revenues as political parties are not allowed to buy commercial air time beyond the free minutes allocated by Law.

Ad growth will be primarily driven by a +16% growth in digital ad sales (rising to a 31% market share) while print NAR will decrease by -5%, radio will increase by +5% and OOH NAR will grow by almost +8%.

The extinction of analogue terrestrial broadcasting at the beginning of 2016 disrupted television reception and introduced new digital channels competing with incumbent broadcasters Televisa and Azteca. That in turn created audience fragmentation and cost inflation (20%+) in Free TV CPMs as well as in digital video. CPM inflation has nevertheless cooled down in 2017 and will remain moderate in 2018 (+5%)

Online Video has been growing faster than any other ad format and already accounts for 32% of digital advertising, more than double its global share of 13%. Alongside Youtube, Facebook is becoming another important video advertising platform, especially in Mexico, where the social network has close to 80 million monthly active users. In addition, Mexico has one of the highest smartphone penetrations, driving mobile ad sales to grow by +22% in 2018, accounting for 64% of ad spend.

The economy began to stabilize in 2017, when real GDP grew by +2.5%, and 2018 is expected to see continued economic growth and gradual slowdown in the inflation rates. CPI inflation is expected to slow from 27% in 2017 to 18% in 2018, and will continue to drop over the next five years.

Nominal advertising sales growth, which peaked at 47% in 2014, when inflation was around 40% per year, will thus also stabilize over the next five years, to around 10% per year.

Television is still the largest media in Argentina, accounting for 36% of total advertising sales.  Newspapers remain relatively strong too with a market share of 19% at the end of 2017, significantly higher than regional and global averages (5% and 8% respectively); however the slow nominal growth rate (3% in 2018) means that the category is quickly losing share. TV NAR is expected to grow by 29% in 2018, driven by the FIFA World Cup and the last-minute qualification of the national squad.

Digital advertising is more developed than in the rest of Latin America. It already accounts for 32% of total advertising sales at the end of 2017, and will surpass television NAR by 2019.

Colombia’s net advertising revenues (NAR) will grow by +5.2% in 2018 to reach COP 4.8 trillion pesos (approx. $1.6 billion). The Colombian ad market ranks 4th in the region, behind Brazil, Argentina and Mexico.

Pay TV channels control more than half of TV NAR in Colombia, due to high multichannel penetration and reach. In 2018 Pay TV ad sales will grow by +7% and account for 58% of TV ad spend, while Free TV will grow by just +3%.

Digital media advertising is still very under-developed, accounting for 16% of total ad spend. It is the fastest growing media though (+27%), growing from a small base.

Furthermore, Colombia is in the process of a digital switch-over, expected to be completed by December 31, 2019. Television signals are currently offered in Simulcast (analogue and digital), allowing for everyone to continue watching terrestrial TV, a frequency resource to accommodate analogue and digital, and a transition period to full digital.

A new free national TV network, Canal Uno, was launched in August 2017 by Plural Comunicaciones. Although Canal Uno aims to become a competitor to the commercial duopoly of RCN and Caracol, Canal Uno cannot compete yet in terms of coverage. However, as the digital switchover transition progresses, there are expectations it could reach 90% of the population by the end of 2018.

Some of Latin America’s other smaller markets will continue to experience ad spend growth.