What: Mobile advertising revenue soared a massive 92 percent to US $19.3bn in 2013 from US $10.1bn in 2012, according to the U.S. IAB Mobile Marketing Center of Excellence, IAB Europe, and IHS Technology global figures.
Why it matters: Latin America shows highest year-over-year growth, soaring 215%, with major increases coming from North America, Up 122%, and Europe, Up 90%.

Mobile advertising revenue soared a massive 92 percent to US $19.3 billion  from US $10.1 billion in 2012, according to U.S. IAB Mobile Marketing Center of Excellence, IAB Europe, and IHS Technology global figures confirming the adoption of mobile as an essential element of the marketer’s toolkit. 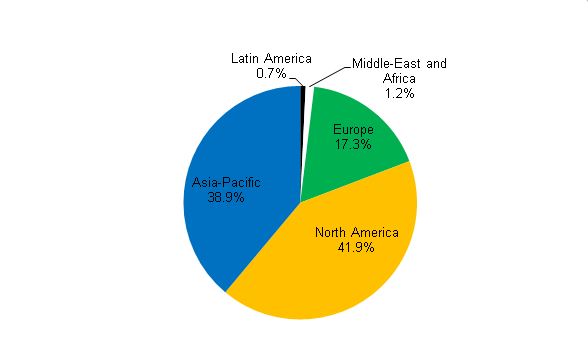 Growth year-over-year was strong across the board, led by Latin America, which saw a massive 215 percent leap over the 2012 figures. North America and Europe also saw major increases:

• Search remains the dominant segment representing 48.9 percent of the total global mobile advertising revenue in 2013 at US $9.5bn
• Display approaches parity with a 41.5 percent share at US $8bn. Mobile display shows the highest growth at 123.4 percent Mobile search, up 92.1 percent, flourishes mainly driven by smartphone penetration
• Messaging takes a 9.6 percent share at US $1.9bn. Messaging, itself up 19.4 percent, might not be sharing as much robust growth due to migration from operator-owned messaging services (e.g. SMS and MMS) to alternative platforms. 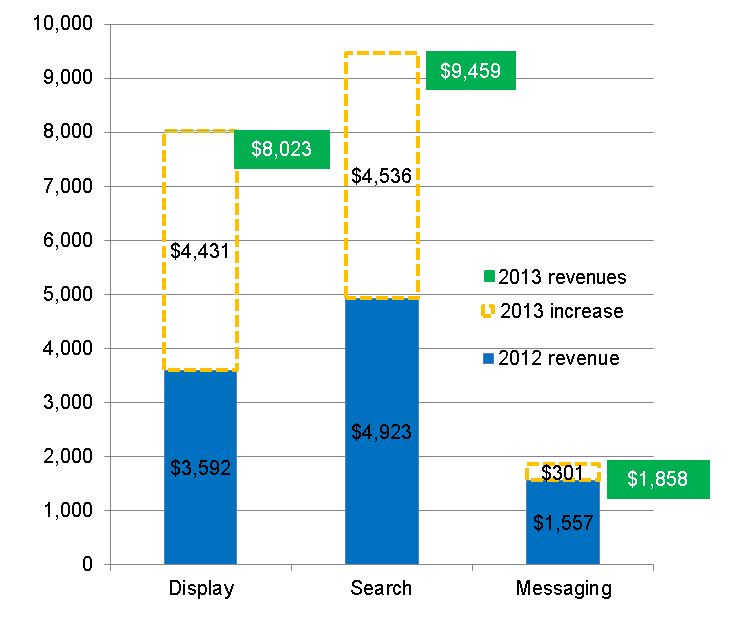 “These powerhouse numbers directly reflect mobile’s rapidly increasing role as a vital part of the marketing media mix. In particular, as mobile ad campaigns become easier to plan, create, buy, and measure – in great part due to programmatic strategies – these operational efficiencies are spurring the growth of the mobile display ad market. And, this impressive rise in mobile advertising is unquestionably a worldwide phenomenon, with strong year-over-year upticks being seen in every corner of the globe,” said Anna Bager, Vice President and General Manager, Mobile Marketing Center of Excellence, IAB.