Losing the rights to the FIFA World Cup (@FIFAWorldCup) can be crippling for any broadcast company, especially one like Univision (@Univision) that depends on soccer for its sports programming.

Univision previously owned the Spanish-language broadcast rights to the quadrennial soccer tournament, since the 1978 Argentina World Cup up until the 2014 Brazil World Cup, before losing the bid to Telemundo.

Telemundo also won the rights to the 2026 World Cup, being hosted by Mexico (@miseleccionmxEN), Canada (@CanadaSoccerEN) and the United States, much to the chagrin of Univision. Telemundo won the bid for the 2026 World Cup in a closed auction that excluded Univision (as well as ESPN) in order to make up for moving the 2022 World Cup tournament from June-July to November-December due to weather conditions in Qatar.

Losing the broadcast rights to Telemundo was a huge blow for Univision.

“In addition to the games themselves, Univision would program their news, talk show, and morning show segments around the World Cup,” said Walter Franco, Project Manager at Victus Advisors (@VictusAdvisors).

“With the Champions League on Tuesdays and Wednesdays and the Europa League on Thursdays, we are able to give fans access to the best clubs and players in the world in a timeslot where we previously didn’t have live matches,” said Univision’s Senior VP/Sports Programming & Acquisitions Eric Conrad. “With these matches during the week, league matches from Liga MX, MLS, Bundesliga and more on the weekends, and top international competition throughout the year, we are now the all-week, all-year ‘Home of Soccer’ in the U.S.“

[comillas]From a viewership perspective, we have already elevated the group stage of this premiere soccer property to unprecedented heights in the U.S.[/comillas]

As part of the new deal, Univision has expanded coverage, compared to Fox Deportes (@FOXDeportes) previous efforts, carrying 137 lives games across all of their platforms, including 97 matches split throughout their Univision, Univision Deportes Network, UniMás and Galavisión networks, 51 more games than TNT’s linear English-language broadcasts.

“Given that we are making every single game available live, with most airing on our highly distributed linear networks, we are giving Champions League exposure it simply has never had before,” said Conrad.

Univision is banking that UEFA (@UEFA) Champions League coverage will grow their soccer viewership, drawing non-Spanish speakers to their platforms. The move is paying off thus far, with PSV Eindhoven’s (@psveindhoven) 4-0 drubbing at hands of Barcelona (@FCBarcelona) averaging 618,000 viewers in the early game of a double-header of Match Day 1, and Liverpool’s (@LFC) 3-2 win over Paris St-Germain (@PSG_English) averaging 672,000 viewers, the most-viewed Group Stage telecast in UEFA Champions League history.

“European soccer has allowed us to broaden our audience a bit, as we are seeing greater non-Hispanic audiences,” said Conrad. Conrad goes on to say that “from a viewership perspective, we have already elevated the group stage of this premiere soccer property to unprecedented heights in the U.S., and we only foresee greater growth as Champions League moves into its later, more intense stages.”

As part of their efforts to expand their viewership, Univision is streaming UEFA Champions Leagues matches for free, with a cable subscription. Turner Sports B/R Live (@brlive) streaming service is charging viewers, from individual matches ($2.99 per game) as well as monthly ($9.99) and yearly plans ($79.99). And while Univision is airing UEFA Europa League matches on their linear platforms, TNT has relegated all UEFA Europa League action behind a paywall on their B/R Live platform. 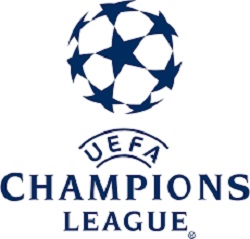 “One factor that would be interesting to consider is that all games will not be behind a paywall, which will not be the case for English-language coverage on TNT / Bleacher Report,” said Franco. “I would imagine many folks that typically watch in English may switch to Spanish to avoid paying for Bleacher Report matches.”

With so much expanded Spanish-language coverage and high expectations to retain new viewers, Univision has ambitions to do more with their UEFA Champions League coverage than the previous rights owners, Fox Deportes.

“We expect to continue setting new viewership records as the tournament progresses and, ultimately, reach our goal of making this season the most-viewed Champions League season ever in the U.S., in any language,” said Conrad.