What: The Brooklyn Nets will try a crossover promotion with Juventus FC to tap into fans of the Serie A club on December 7.
Why it matters: Though soccer and basketball are the two most popular global sports, clubs rarely interact. If successful, the Nets-Juventus trial can be a model for U.S. and Latin American franchises.

There is no doubt that soccer (football) and hoops go one and two in terms of global popularity. From the professional level to the grassroots, from India and China to South America and the U.S., it is hard to not have a conversation about massive engagement in sport without touching on the ball you use your hands for, and the one that you don’t.

That being said, the uniting of the brands that dominate the sport on a global level, doesn’t happen much. The two sports, even with the select massive clubs of Europe having both soccer and basketball in their model, don’t do a great deal of crossover promoting. You even have ownership groups, like Harris Blitzer Sports and Entertainment, that own NBA (Sixers @sixers), NHL (Devils @NJDevils) and Premier League (Crystal Palace @CPFC) clubs, but it is rare to see CP pop up in the narrative of NBA and NHL or vice versa. Occasionally, maybe, but not that often. Maybe with organizations like Fenway Sports Group (@fenwaysports), marrying the massive brands of the Red Sox (@RedSox) and Liverpool (@LFC) there will be some synergy from time to time, but the businesses and the brands, are a bit siloed.

…[T]he cross-pollination where it makes sense between basketball and soccer seems like a simple and effective next step. 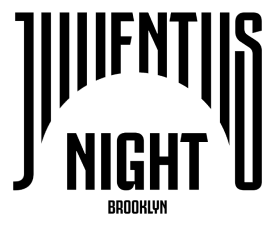 Now that doesn’t mean that some clubs haven’t tried to sports crossover promotion to some degree of success. The best example may be the Bundesliga’s FC Schalke 04 (@s04 ), who have done a great cross promotion job in markets like St. Louis and Pittsburgh to tie their brand not just with soccer clubs in the market, but with hockey, baseball, and even NFL teams.

So why not more crossover co-promotions with NBA and elite soccer clubs? One is in the offing apparently, as on December 7 the Brooklyn Nets (@BrooklynNets) will go all Juventus (@juventusfcen) in Barclays Center for their game with the Toronto Raptors.

Before the game begins, a watch party will be held for Juventus’ match against rivals Inter Milan (@Inter), with the match shown on all the screens. It also will tie nicely as the two teams share colors, or lack of color, with black and white, giving Brooklyn a chance to co-promote without straying too far from their accustomed arena motif. Juventus will have ambassador and former France international soccer star David Trezeguet will be in attendance, as will the club’s mascot, Jay.

Throw in the fact that Juventus has a large and loyal following in Brooklyn, a hotbed of Italian soccer interest overall, and it becomes a smart crossover opportunity that can probably extend the window for arena business, get some international buzz, and show a simple but effective way a Serie A (@SerieA) leader can continue to evolve its brand in the States.

With a growing number of elite clubs putting down stakes in the U. S., – Bayern, AS Roma, City Football Club, Barcelona, Club America, PSG, Ajax, not to mention clubs with American owners (Liverpool, Fullham, etc.) and leagues like La Liga, Liga MX and the Bundesliga, growing their interests, the cross-pollination where it makes sense between basketball and soccer seems like a simple and effective next step, with some probable exposure of the NBA clubs (where allowed) abroad as well.

Also, let’s not forget brand synergy as well. If you are brand that has invested in global sport, finding ways to engage with consumers with clubs that have your common toe also makes great sense. Are there always going to be some issues with disconnection, maybe where core fans of one club have no interest in the other? Maybe. But the Nets’ Juventus one is a cost-effective way to marry clubs, garner attention and keep global sport moving along. Score points for both.