What: The NBA’s Mexico series last weekend is another step forward in the league’s strong presence south of the border.
Why it matters: Priming the pump for Mexican growth is not just smart for fan engagement, it could open a whole new geographic region for NBA action. 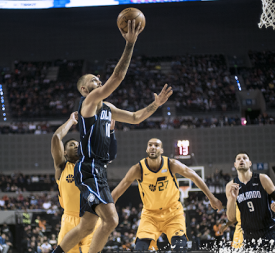 The idea of “honoring Latino culture” in professional sports has come a long way from slapping Los on a jersey and bringing in a Mariachi band. While many teams still struggle to figure out exactly how to engage and bring in brands, or as one executive said, identify what exactly “Hispanic” or “Latino” means and how is that audience, the continued value-add in engagement grows exponentially with each passing year. As that fast-growing demo becomes more engaged, more affluent, and more on the radar of professional sports, the opportunity to capture and cultivate a fan base rises on the priority list.

Case in point is the NBA (@NBA) and Mexico, which again entered the conversation with this past week’s regular season games in Mexico City. While China, India, and even Europe remain a big priority for brand engagement and fan development, is Mexico the real next stop for expansion?

This weekend again showed the value, and the passion, that the Mexican market can bring. 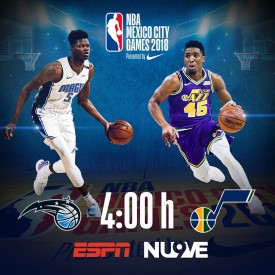 Now, of course, the NBA isn’t the only league now looking more steadily to the neighbors to the south. The NFL (@NFL), even with its recent field issues in Mexico, has targeted the country (@nflmx) as a growth opportunity. Major League Baseball (@MLB) has the most natural connection through the culture of sport and the Latino community, and soccer, especially with the business relationship that exists with the Mexican National Team and Soccer United Marketing and the growing relationship with MLS (@MLS) and Liga MX (@LIGABancomerMX) still the most viewed professional soccer matches in all of the Americas on a weekly basis) are all making inroads into the casual, and affluent fan base of Mexico. Heck even hockey, as pointed out in our recent piece on the L.A. Kings grassroots efforts to the south, is trying to find a niche. But will the NBA, always seeming to be a public step ahead of the others in business development, make the biggest and most successful next step?

There are certainly a lot of reasons to see if that’s where the race will lead. The first steps according to NBA commissioner Adam Silver in the growth of professional basketball not just in Mexico but in the rest of Latin America, are coming. Step one could be as early as next winter, when the NBA will put a G League team in Mexico City. Another step would be the building and fitting of more NBA quality facilities for both in cities throughout the rest of Mexico and Latin America. That obviously will take time.

“I believe we can be the No. 1 sport in the world,” Silver said recently. “When I look at the trajectory of growth, the fact that young people, boys and girls, continue to love this sport, are playing this sport, are engaged in the sport of basketball on social media or with online games, I don’t know what the limit is.”

One seemingly limitless next step is the continued push by teams to market to a growing fan base. This weekend again showed the value, and the passion, that the Mexican market can bring, and none of that was lost on the clubs like the Orlando Magic (@OrlandoMagic) who participated this weekend. The other team that continues to grow in popularity in the country? The Chicago Bulls (@chicagobulls).

A study commissioned by the NBA in July found that the Bulls were the favorite team of 18 percent of fans in Mexico, behind only the Los Angeles Lakers (20 percent) and well ahead of the defending champion Golden State Warriors (@warriors) (10 percent). The Bulls were also a top-three favorite of 42 percent of fans polled, second again to the Lakers (@Lakers) (45 percent).

“To have a team so well-followed and loved like the Bulls in the country, it’s a very important step for us,” added Raul Zarraga, managing director of NBA Mexico in a conversation with AP last week.

Since the league’s formal return to Mexico in 2014 as part of the NBA’s Global Games initiative, six regular-season games have been played in the country, including a record four in 2017. 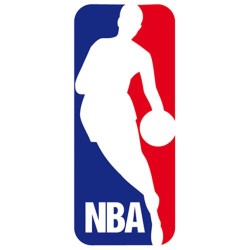 With expansion not that close, but certainly starting to be rumored in cities like Seattle for some time in the next decade, 2025 or so, and with the Olympics coming back to North America in 2026, priming the pump for Mexican growth is not just smart for fan engagement, it could open a whole new geographic region for NBA action, an area which may make more sense than the once fertile vision of franchise growth abroad.

Whether Mexico becomes a home for the NBA is anyone’s guess. One is more of a sure thing is that the powers that be see the opportunity, both with existing franchises trying to capitalize on engagement with Latino fans, and for the league as a whole looking to identify and grow in new markets with both brands and fans from the grassroots up.

The times of yelling “Olé” and checking the Latino marketing box around basketball are long gone; business expansion has really arrived.