What: MLS has been a huge success in the Pacific Northwest, spurring the grassroots Cuervos FC there.
Why it matters: The emergence of teams like Cuervos offers young Latino players more options and can be a boon to the savvy marketer moving forward. 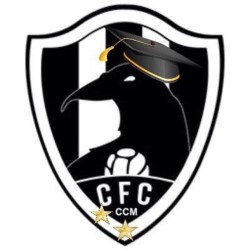 The amazing success of Major League Soccer (@MLS ‏) in cities like Portland (@TimbersFC) and Seattle (@SoundersFC) has set a very high bar for other clubs around the United States. From youth programs to elite clubs, all experts point to the Pacific Northwest as the fertile ground for growing the game on the professional level. Those seeds have been moved forward with new success in places like Atlanta, Orlando and now Los Angeles with both the LA Galaxy (@LAGalaxy) and LAFC (@LAFC), but many will look towards the Sounders and Timbers for where it got going.

Now it seems that same area is helping grow and educate young Latino fans, and players, not just in the game, but in healthy lifestyle.

Cuervos FC (@CuervosCCM) has found a strong niche at the grassroots in the Pacific Northwest, where their coaches and administrators teach not only soccer, but healthy lifestyles to scores of kids, many immigrants or new to the area. Their goal: education and immersion, not just on the field but off.

[comillas]If you find a way to engage and support with this demo, the fastest rising in the U.S. and one that is very soccer savvy, you can develop support for life.[/comillas]

According to a recent story in the Portland Tribune, Cuervos is a new organization with a new outlook in urban soccer, even in this hotbed for the sport. Club president Jose Alberto Vasquez recruited Fragoso, a former professional player in Mexico, to rally Latino athletes from unranked clubs, casually organized games between Latino kids in what’s known as the “Barrio Leagues” or “Mexican Leagues” to compete against the highest-ranked teams in Oregon. Other clubs have Latinos on their rosters, but Cuervos is now the club to be part of.

The Barrio League matches, complete with food trucks and mariachi soundtracks, provide a cultural experience and some very good soccer. “I grew up playing in the Mexican leagues,” said Marco Farfan, left back defender for the Portland Timbers told the Tribune. “Taco trucks, music, I loved it.” Farfan, who was selected for Major League Soccer’s Homegrown Game in Atlanta this week, says the emergence of teams like Cuervos offers young Latino players more options. “I think it’s great,” Farfan says. “Even though I came from Eastside Timbers, I root for teams like Cuervo,” he added. 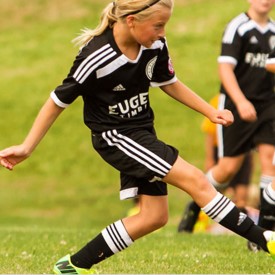 One of the big draws for Cuervos is not just coaching and culture but strict attention to detail and education in areas like concussion protocol. Since Cuervos is part of the Oregon Youth Soccer Association, the opportunity to help further the livelihood of youth players is much greater than other unregulated leagues.

But what could this mean from a brand perspective? Lots. “There is no doubt that regional club programs and the communities they serve have great value to brands looking to engage not with young players, but with their families as well,” said longtime sports marketing executive Chris Lencheski. “This is probably even truer in the Latino community, where authenticity and word of mouth is very strong. If you find a way to engage and support with this demo, the fastest rising in the U.S. and one that is very soccer savvy, you can develop support for life. Take into consideration the deep soccer culture in the Pacific Northwest, and a club like this, that can continue to grow, could be one to watch if I was looking for an engagement point.”

Now the club and youth sports world is still a tricky one to navigate, and it has to be done correctly. However correctly is what it seems Cuervo is doing, and opening those communal doors for sports business may pay some great dividends for the savvy sponsor down the line.