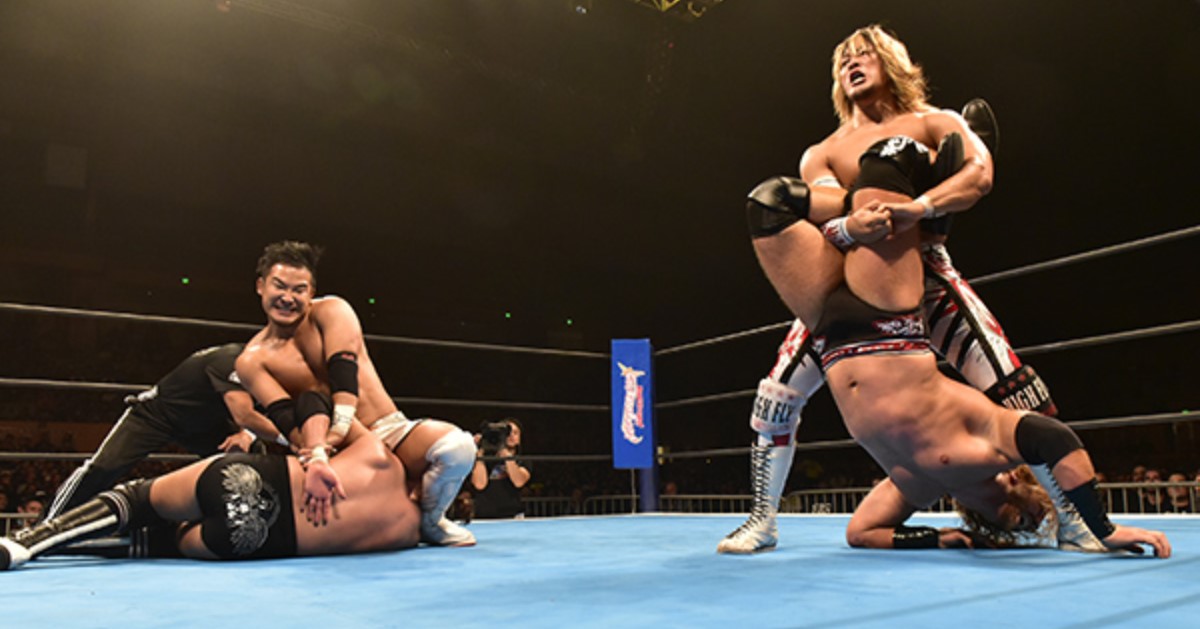 What: New Japan Pro Wrestling (NJPW) aired its third show in the United States, as the company attempts to catch WWE in the business of professional wrestling.
Why it matters: NJPW has a solid long-time relationship with Mexico’s Consejo Mundial de Lucha Libre (CMLL), that could be used to help the company catch up to the WWE.

New Japan Pro Wrestling (@njpwglobal) continued its expansion into the North American wrestling market last weekend, as the G1 Special in San Francisco show aired live on AXS TV in the United States and the NJPWWorld (@njpwworld) digital platform around the world.

The G1 Special in San Francisco show is just one of the steps Harold Meij, NJPW’s new president is taking to globally expand the company’s brand. The former vice president of Coca-Cola Japan and Japanese toy company Takara Tomy (@Tomy_Toy) has faith in his product, which he describes as “real-life Dragon Ball Z characters,” that it can appeal across various demographics and compete in the international market.

“My thinking hasn’t changed since my time at Takara Tomy. I want to expand the fanbase regardless of age, gender or nationality,” said Meij recently in an interview with Japanese publication The Mainichi (@themainichi). “New Japan has fantastic content, so it has the possibility of picking up popularity overseas. At the moment, there are some 100,000 registered members on our video streaming service ‘New Japan Pro-Wrestling World,’ and 40,000 of them live outside Japan. I would like to aim for the international market with things like videos in English or events for foreign tourists.”

One business relationship that NJPW could turn to for help is their partnership with Mexico’s Consejo Mundial de Lucha Libre (@CMLL_OFICIAL), one of the oldest professional wrestling promotion in the industry. The relationship goes as far back as 2008, trading talent between the two companies, including the two co-promoting the Fantastica Mania Japan tours that launched in 2011. By 2016, the relationship had blossomed to the point where NJPW agreed to air CMLL’s Friday night show Viernes Espectacular de Arena México on their NJPWWorld OTT platform.

“CMLL does exist for NJPW as a place where the Japanese wrestlers can work on character changes away from the eyes of their usual fans,” said N. Khan, founder of LuchaBlog,com (@luchablog); a blog dedicated to Mexican lucha libre-style of wrestling. “[Tetsuya] Naito’s (@s_d_naito) adoption of ‘Los Ingobernable’ style was a good example of this, as was Hiromu Takahashi’s (@TIMEBOMB1105) transition towards his ‘Time Bomb’ persona, and Shinsuke Nakamura (@ShinsukeN) debuting his ‘King of Strong Style’ personality in Mexico before bringing it back to Japan.”

NJPW’s current rise coincides with the growing popularity of the Bullet Club (@BulletClubNJPW ‏). NJPW has managed to flex the beloved branding of the Bullet Club stable; a group of foreign wrestlers founded by Prince Devitt (known to WWE fans as Finn Balor (@FinnBalor)), later led by current WWE champion A.J. Styles (@AJStylesOrg), currently helmed by the charismatic Omega; and the clique’s storyline intents on “taking over” the company.

Hot Topic (@HotTopic) began peddling Bullet Club / NJPW merchandise after company executives asked the WWE officials if they could market and sell the Bullet Club shirts they saw all over Orlando, during Wrestlemania 33 weekend, not realizing the logo rights belonged to a competitor.

“Hot Topic said we need those shirts, they’re everywhere,” said Dave Meltzer (@davemeltzerWON), founder of Wrestling Observer, back in September of 2017. “(WWE) had to tell them they didn’t have them, so they had to hunt down who did. They got them and shocked everyone with the sales, they couldn’t keep them in stock.”

NJPW has taken further steps to take advantage of their current popularity, enhancing the talent on their roster by adding established veterans, well known to the North American market, such as former WWE champions Chris Jericho (@IAmJericho) (who recently defeated Naito for the IWGP Intercontinental Championship at the Dominion show in June) and Rey Mysterio Jr. (@reymysterio), on a part-time basis, to introduce the company to newer audiences who grew up strictly on a WWE wrestling diet.

NJPW credits Jericho for helping the company add as many as 25,000 new NJPWWorld subscribers when he co-headlined the Wrestle Kingdom 12 show, the company’s equivalent to the WWE’s Wrestlemania annual event.

Considering the immense contributions Hispanic wrestlers have made to the wrestling industry — from the likes of Mysterio, the Guerrero Family (including WWE Hall of Famer Eddie Guerrero) of Mexico and The Colons in Puerto Rico (including WWE Hall of Famer Carlos Colon) — NJPW may be wise to further tap into this talent pool, as they continue their quest to catch the WWE and takeover of the wrestling world. NJPW seems to be taking steps in that direction, featuring current CMLL World Lightweight Champion, Dragon Lee (@dragon_leecmll) at the G1 in San Francisco show, but has a long way to go.

“Strongly promoted and marketed Hispanic talent could definitely help NJPW compete with WWE. The lack of Hispanic wrestling stars is an obvious weakness in the entire North American market. It’s why Rey Mysterio Jr. is wrestling on NJPW shows and being promoted as a special star in WWE’s upcoming [@WWEgames] video game at the same time,” said Khan. “Naito & Almas bridged the gap between Mexico & Japan, but Almas is illustrative of the problem NJPW would have, to attack the US Hispanic market. Almas was a star in Mexico, a star in Japan, and could have been successfully marketed as a star in the US by either CMLL or NJPW, but WWE is desperate for their own Hispanic star for the US and scooped him up.”

As NJPW and WWE grapple for the hearts and minds of wrestling “marks,” the winners in this corporate wrestling feud are the fans.

“A decade ago, US fans had no legal access to NJPW and only saw a few CMLL matches a week if they were lucky enough to have some specialty cable channels,” said Khan. “Every important NJPW match is now available for a reasonable fee on their site, and most CMLL matches are streamed live and are free to watch on their official YouTube channel. There’s still a bit of barrier to entry, to understand what’s going on and where to find it, but it’s a closer playing field to WWE. Before, if people wanted to watch wrestling, WWE was really the only easy solution. Now there’s a lot that’s just a click away.”