What: The Canadian Football League and Mexico’s LFA announced a partnership that will encompass player development, marketing and other connections between the leagues.
Why it matters: The opportunity to expand its footprint south is a potential growth area for the CFL, in a market the NFL has connected with to some degree but which may be open to the Canadian style of the game.

Is a country that loves fútbol getting closer to more football? The recent relocation issue with the Los Angeles Rams (@RamsNFL) (@VamosRams) vs. Kansas City Chiefs (@Chiefs) game from Mexico City back to L.A. due to poor field conditions aside, there is no doubt that American football continues to eye the Latino audience from the grassroots to elite development, as a prime area for brand expansion. Recent stories in media outlets like the New York Times have examined the growth of play among young Latinos at the high school level, and USA Football (@usafootball) has targeted inner-city Latinos as key cultivation points for added focus, as the population continues to shift and the newer immigrant looks to assimilate more to game that may have been foreign upon arrival.

From a brand perspective, the NFL has continued to look south for its large engagement growth, with added access to Mexican and South American fans, as well as youth programs and regular season games continuing to grow focus.

So it should not come as a huge surprise that the Canadian Football League (@CFL), looking to identify new fans and branding opportunities, announced a partnership this past weekend with Mexico’s Liga de Fútbol Americano Profesional (LFA) to work together on everything from player development to expansion of both brands to each other’s demo. That new partnership according to both CFL Commissioner Randy Ambrosie and LFA Commissioner Oscar Perez will also include a regular season CFL game south of the U.S. border as soon as 2020.

A CFL partnership on firm ground can certainly lift the game, bring more awareness in Mexico, and even add revenue and cultivate talent at the grassroots. 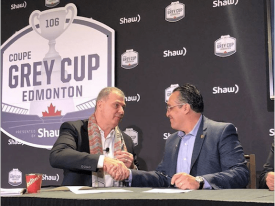 “There are so many possibilities, including possible Spanish language CFL broadcasts in Mexico, a Spanish version of the CFL’s popular Football Frenzy video game and merchandise agreements,” said Ambrosie at this past weekend’s Grey Cup Championship game, adding that the plan would include a CFL scouting combine in Mexico City this winter for LFA players.

“How great would it be if we could send young men from Canada to another country where they can get a world-class experience playing football somewhere and come back to Canada bigger and stronger and ready to be stars in the CFL?” said Ambrosie, who is looking to more global partners to grow the CFL brand, and has targeted Mexico as the natural first step. 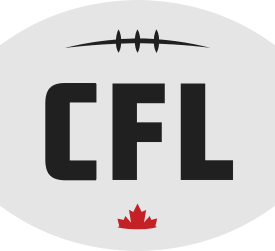 For Mexican tourism (@VisitMex) looking to attract Canadian visitors during a season that runs from late summer to mid fall, the move could be a very smart one. Also the CFL has brand partners like Nissan (@nissancanada) and Tim Horton’s (@TimHortons) who could also enjoy the added ROI by adding a Mexican marketing presence and added visibility to fans with an affinity for American—or Canadian—football as well as the potential to expand brand presence to new fans.

Now this isn’t the first time the CFL has looked beyond borders. In the ‘90’s the CFL placed teams in five cities, including Baltimore (in the years between the Colts and the Ravens in that city), Birmingham, Ala., and Memphis to moderate success. Their recent partnership with ESPN has expanded the CFL broadcast window, and a push even further south, Ambrosie believes, could be an even more diverse boon for the league without any thought of expansion.

All of this talk is certainly good news for all aspects of traditional football in a country dominated by fútbol, and will certainly make fans hopefully forget the snafu that the NFL endured last month in Mexico City.

A CFL partnership on firm ground can certainly lift the game, bring more awareness in Mexico, and even add revenue and cultivate talent at the grassroots, something that should score with all, be they Canadian, American or Mexican, all fans of football.