What: Minor League Baseball has named the ‘Mariachis de Nuevo México (a.k.a. the Albuquerque Isotopes) as its Copa de la Diversión champion for 2018.
Why it matters: With the number of participating clubs more than doubling to 72 this coming year, Albuquerque and the other finalists can serve as examples of how teams can engage the Hispanic communities in their respective markets. 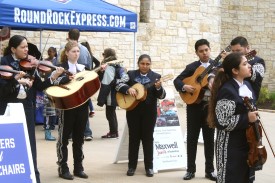 When Minor League Baseball (@MiLB) rolled out its Hispanic-driven initiative Copa de la Diversión this past year, 33 teams jumped on board. This past season, to varying degrees of commitment. And as 2019 will see participation double across the country, with 72 clubs engaged, including every one of the initial 33, the new teams will have numerous examples of success stories to draw from.

The expansion of this program, even into some non-traditionally Hispanic regions … shows that teams have identified that Latinos in their markets may still be largely untapped

“All 33 participating teams fully embraced the Copa de la Diversión initiative, authentically engaging their local Latinx communities in a transformative, relevant and fun new way,” said Kurt Hunzeker, MiLB Vice President of Marketing Strategy and Research, in a statement. “Having to select a single winner from a list of worthy candidates was a difficult task for our Advisory Committee, but it was impossible to ignore how much the Albuquerque community embraced the Mariachis’ mission and ballpark experience all season long.”

Some of the elements of the Mariachis/Isotopes full-dive into the Copa series included an investment of significant marketing money into the program, which led to a single-game attendance record in Albuquerque in their May 5 Copa game and highest average attendance in themed games across the country. The team also worked closely with groups like the Albuquerque Hispano Chamber of Commerce (@AHCNM) to maximize the community connection and benefit, helping them net the largest revenue from licensed “Mariachis” merchandise and commercial partnership revenues dedicated to Copa events.

The expansion of this program, even into some non-traditionally Hispanic regions like Tulsa, Winston-Salem, Salt Lake and Durham, shows that teams have identified that Latinos in their markets may still be largely untapped. It will be interesting to see how many of the 40 or so new teams follow the examples of the Albuquerque, San Antonio and others that were all-in on Copa and how it may one day be an MLB initiative as well.