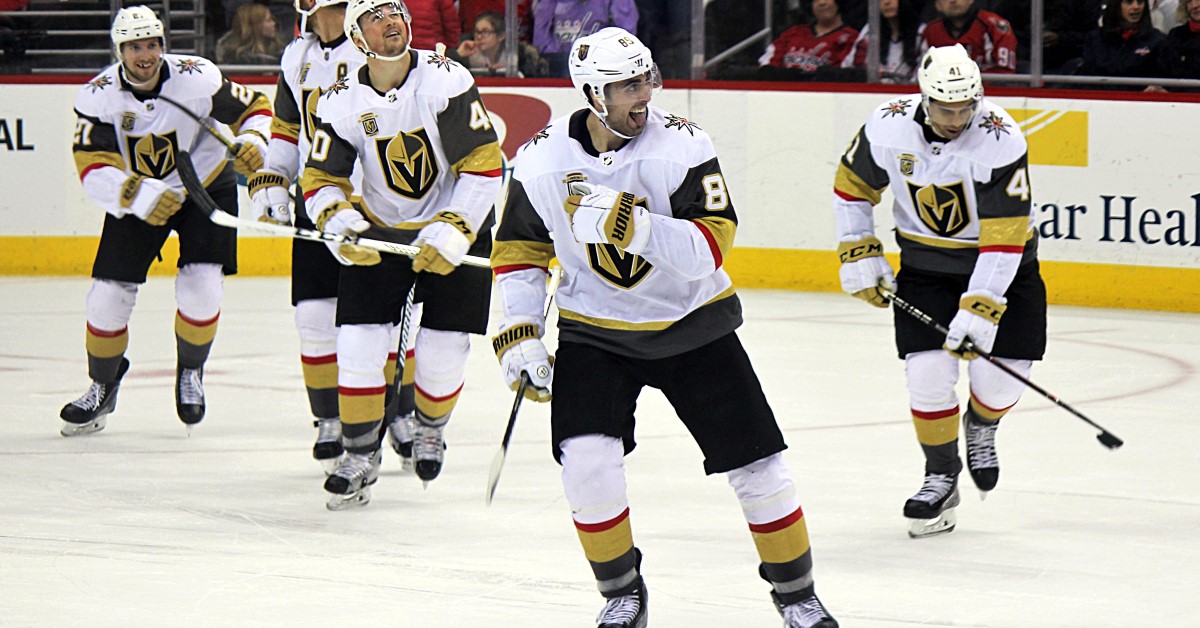 What: The Vegas Golden Knights, the newest NHL franchise, is making inroads with the Latino community in the region.
Why it matters: Team engagement with street hockey clinics, merchandise sales, community school events and even Spanish-language promotions will be a win for all.

Hockey and Latino outreach may seem like a bit of an outlier, but not if you are the Vegas Golden Knights (@GoldenKnights). One of the most successful sports business startups of all-time, the Golden Knights have broken so many boundaries that it’s hard to count, with a new focus and success on the Latino market in and around The Strip.

Now the idea of marketing to Latinos in Vegas is not that foreign, no pun intended. The USL Las Vegas Lights FC (@lvlightsfc) have successfully made Latino inclusion a big part of their marketing, with resounding success, and fight sports like MMA (@ufc) and boxing, have seen resounding opportunities in the market as well. But hockey?

The Golden Knights have seen the light.

I’m seeing more and more people of a Hispanic heritage following the team. I see them at the games. We’re seeing it in our metrics digitally and socially.

According to ESPN.com, Las Vegas’ proactive and strategic approach on the grassroots side has led them to local Latino audiences, both Spanish and English speaking, that have embraced the team, and the sport they have found like never before. 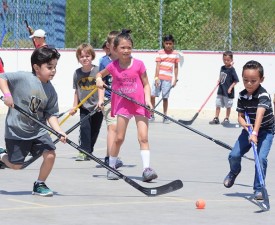 The leader of the push is Kerry Bubolz (@KerryBubolz), Golden Knights President, who has seen the impact that introducing sports like hockey at the grassroots level can have in a growing and underserved community like Las Vegas.

Last February, during the inaugural season which saw the Golden Knights advance to the Stanley Cup Finals, the team announced that in partnership with sponsors, the NHL (@NHL) and the NHLPA (@NHLPA), they were donating full floor-hockey equipment packs to middle schools in Clark County. For each school, that included 60 sticks, multiple nets, border controls to create a rink in a gymnasium and, training for school staff to better understand the rules of the game. Given that more than half the school district has Hispanic and Latino origins, the assimilation and introduction was pretty generic.

“They’re growing in size and economically in this market,” said Bubolz in the article. “I’m seeing more and more people of a Hispanic heritage following the team. I see them at the games. We’re seeing it in our metrics digitally and socially. So what are other ways that we’re reaching out in an authentic way?”

This led to another emerging idea in the NHL, one that has taken hold in NFL, MLB and the NBA for years: Spanish language broadcasts. ESPN Deportes 1460 AM in Las Vegas, came on board, now delivering games in native language as well. The move made the Knights one of six NHL teams now to offer games in Spanish, with AT&T SportsNet (@ATTSportsNetRM), which carries the Golden Knights, now providing an SAP option as well.

The result is a growing grassroots push for, yes, hockey in the Latino community in the desert.

What has been seen in a more native sport for the community, soccer, with Las Vegas Lights is not just fan support but brand activation joining forces with the team, which is a huge boost for the bottom line. For hockey, with Golden Knights games still at a premium, heading to T-Mobile Arena (@TMobileArena) might be a stretch for many young Latino families, but engagement with the team with street hockey clinics, merchandise sales, community school events and even Spanish language promotions will win for all. What also makes this a smart play for the team is that it seeds a new audience, one which may love the breakneck speed of the sport and the glamour of the NHL but had never been exposed before. That audience will take time to mature, but the Golden Knights have the luxury of time and buzz on their side.

Latino hockey fans: a new phenomenon sprouting seeds in the sands of Nevada.