What: January transfer window is currently underway.
Why it matters: This window is utilized by all leagues, but the English Premier League continues to outspend other leagues despite irregular results.

The clock striking 12:00 AM on January 1st means the start of a new year. It is also the start of what many like to call “silly season” in the football world. The start of the January transfer window, a staple that has officially been around since 2003, leaves much to be desired. In these 31 days, clubs will either be looking to make moves or hold on to players in that same amount of time. But just how effective are these signings and who utilizes this period the most?

EPL, Miles Ahead of the Rest

In comparison to others during this time of the year, the English Premier League outspends other leagues. A major reason for this is the television deal that the 20 premier league teams signed with broadcasters back in 2016. The deal was worth £10.4B and stands as the most lucrative TV deal ever signed in pro football. The higher the finish for a club in the English top flight, the larger the prize money at the end of the season. The first January transfer window in 2003 saw the league spend about £45.7M. Last year the league spent £218.5M.

We are halfway through January and unsurprisingly it is an English club making the most noise this window. Liverpool signed Virgil Van Dijk, formally of Southampton, for a record setting £75M. The fee made him the most expensive central defender in world football. Shortly after this, Liverpool sold Philippe Coutinho to Barcelona for £120M making him the second most expensive transfer after compatriot Neymar. Alexis Sanchez’s transfer from Arsenal to one of the Manchester clubs is the next hotly anticipated lucrative deal to happen in the coming days.

Despite the spending that has taken place in this transfer window by the usual top six clubs in the EPL (Manchester United, Manchester City, Chelsea, Arsenal, Tottenham Hotspur, Liverpool) a look back at history suggests that these clubs rarely spend during this time. Especially those in the number one spot after the Christmas period. The BBC reported that at the end of 2017 January transfer window the top six collectively only spent £40,000. Match of the Day pundit, Danny Murphy, wasn’t surprised by this saying:

Well-run clubs are not going to sign players for the sake of it. They will only do it if they can improve the team.

In contrast to the bottom half of the table, those closer to relegation are in a mad dash to make signings that will turn their season around and save them from the drop into England’s second tier of football, the Championship. Spending no money for clubs in these positions usually suggests relegation as was the case with Aston Villa during the 2015-2016 season and QPR the year before that. Yet signing a great amount of players can also lead to relegation. This was evidenced when last year Hull City brought on a record setting 10 players and were still relegated.

Its hard to tell if this period is actually effective in carrying out what clubs hope to accomplish at the end of each season. The results are so sporadic. Unless a player like Coutinho is available, top seeded clubs rarely utilize this window for buying players. And clubs in the bottom half, would be wise to strategically use this time to turn things around, otherwise it could prove costly. Former Leicester boss Nigel Pearson said it best: “The January transfer window is a difficult window to operate in.” He would know having helped Leicester escape relegation the 2014-2015 season. 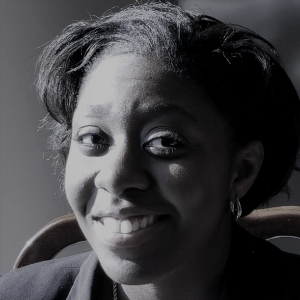