What: Mitú has carved out a niche in the social space, helping brands leverage the World Cup to engage millennial Latinos.
Why it matters: The example set by Mitú at World Cup can serve as a template or at least a starting point for brands to connect with Hispanics through grand-scale sporting events.

When the final goal is scored and the trophy awarded for this World Cup (@FIFAWorldCup), what will marketers and brands look back on as a measure for success in North America, especially with the U.S. and Canada not qualifying, and even some of the biggest Latino countries expected to deliver going out as late as the quarterfinals?

One thing we believe marketers will point to is the bounce gotten from the Latino audience, one which continues to grow and have a larger share of voice, be it in English or Spanish in the U.S. We saw the leverage Soccer United Marketing exploited through Mexico’s run, finding ways for brands to engage fans both of El Tri (@miseleccionmxEN) and those following the event in general, and media partners covering the games fully recognized the growth of engagement across all platforms with a targeted Latino audience that has been hard to quantify by risk averse media buyers before.

What they have done with platforms like Netflix they can do even more effectively with sports, and the World Cup represents a great best practice that can now spill over into the NFL, MLB, MLS and others like NASCAR

Another area that has seen growth has been the social space, and that is where another company has been able to show brands the way to effectively and successfully engage with the Latino demo during the games, and set a path for success going forward not just in soccer, but in all areas of sport.

The company is Mitú (@wearemitu), and its focus on delivering Latino millennials to brands exclusively through social continues to see a payoff as the games in Russia reach their end. The philosophy is a simple one: create branded content that is authentic and very targeted to the interests and engagement habits of young Latinos and open a window for those companies to create brand loyalty and a conversation on social just for that audience.

The results for companies like Fox (@FOXSports), Toyota (@Toyota), Wendy’s (@Wendys) and Jack in the Box (@JackBox ‏) have been very promising, with millions of impressions and sharing across Facebook, Instagram, Snapchat and other social media platforms that could and should lead to more success down the road when World Cup is just a memory.

Mitú engages its audience through a Latino POV, representing the “200 percent” of youth who identify themselves as 100% American and 100% Latino. Mitú elevates and celebrates Latino stories, audiences and talent, putting them front and center in American pop culture. What they have done with platforms like Netflix they can do even more effectively with sports, and the World Cup represents a great best practice that can now spill over into the NFL, MLB, MLS and others like NASCAR, all major properties that crave a young audience, have had challenges engaging and retaining millennials, and need and want to show their brand partners even more of an ROI than ever before.

“Mitu represents the fastest growing and most influential demo in the U.S. today in Latino Millennials. With the U.S. not in this World Cup, smart brands like Toyota, Wendy’s, Jack in the Box, and obviously Fox Sports, realized they needed to reach our audience and engage them with content that is authentic and in-culture,” said CEO Herb Scannell (@herbscannell) last week. “They turned to us to create it for them. By engaging Latinos, these brands will be rewarded long after the tournament is over.”

While there was great angst from those looking toward the World Cup when the U.S. failed to qualify, the reality that settled in was pretty clear; now is the time to attach to and grow the Latino sports fan, be he or she a parent or an engaged digital savvy teen, and do it in the format that he or she is used to consuming. Even though it is still a work in progress it is clear that the takeaway from the past few weeks is that Latinos are engaged and brand loyal, and now there are quantifiable results with content that can be used for best practices for brands going forward. Maybe it would have been a bigger bonanza if 2018 was the coming out for young American stars on the field, but the real stars, the engaged consumer, especially the Latino ones, are starting to shine more, and companies like Mitu have really started to light that path for the future. 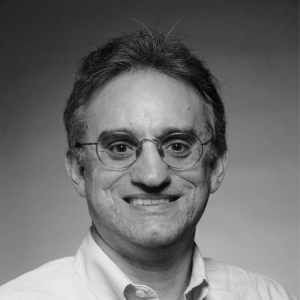